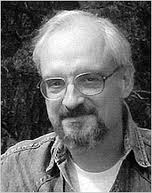 GIVEN HOW MUCH WE HAD IN COMMON, it’s perhaps a bit odd that Joe Bageant (1946-2011) and I never met (although I think we did correspond at one point). He even wound up living in Mexico a good part of the time. But the real connection between us is the congruence of perception regarding the United States. Joe came from unlikely roots to have formulated the political viewpoint that he did: working-class, right-wing, anti-intellectual, flag-waving, small-town Virginia. A “leftneck,” someone dubbed him; it’s not a bad description.

There aren’t too many leftnecks in the United States; of that, we can be sure. This was the source of Joe’s frustration: extreme isolation. Because he realized that the U.S. was the greatest snow job of all time. He likened the place to a hologram, in which everyone in the country was trapped inside, with no knowledge that the world (U.S. included) was not what U.S. government propaganda, or just everyday cultural propaganda, said it was. He watched his kinfolk and neighbors vote repeatedly against their own interests, and there was little he could do about it. The similarity between his last book, Rainbow Pie, and my forthcomingWhy America Failed, is in fact quite startling. True, I’m analytical where Joe is homey, and my historical perspective is that of 400 years rather than just the twentieth century; but Joe’s way of addressing the issues is gritty, and right on the money. One can only hope that his book gets the posthumous attention it deserves.

Joe’s focus was his own class: the white underclass of America, 60 million strong. “Generally unable to read at a functional level,” he writes,

“they are easily manipulated by corporate-political interests to vote against advances in health and education, and even more easily mustered in support of any proposed military conflict….Low skilled, and with little understanding of the world beyond either what is presented to them by kitschy and simplistic television, movie, and other media entertainments…the future of the white underclass not only looks grim, but permanent.”

On the positive side, however, these folks lived in what can be called the last genuine community in the U.S.:

“One neighbor cut hair; another mended shoes. From birth to the grave, you needed neighbors and they needed you. I was very lucky to have seen that culture…[and I learned] how our [present] degraded concepts of community and work have contributed to the development of physical and cultural loneliness in America. Not to mention the destruction of a sense of the common good, the economy, and the the natural world.”

“Damn few of us,” he concludes, “grasp how the loss of traditional aesthetic and foundational values…are connected with so much American tragedy.”

One of Joe’s descriptions of that vanished world reminds me of a very moving poem by Gary Snyder, “Axe Handles”. Joe writes of his father:

“All his life he had made his own world with his hands, and fixed it the same way. I’d watched him and [Uncle] Nelson make hickory axe-handles, hoe handles, and oaken mallets, and watched them smooth out the hickory and oak wood by scraping the handles with large shards of broken glass, a practice that went back to pre-sandpaper colonial times. They were quiet and thoughtful as they worked—with their long, patient strokes, handle in lap, pulling the glass along the contours—in what I don’t think it would be exaggerating to call a metaphysical, reflective space…. Pap had learned it from his father, and Nelson had learned it from Pap, and by watching, I learned it from them.”

All of this, he continues, got replaced by the world of chasing money, and by jobs that have no inherent meaning. We no longer have any sense of who we are as a people, he asserts; the “American exhortation to ‘follow opportunity’ is birth-to-grave and relentless.” Meanwhile, with millions unemployed (nearly 20%, in fact), we now have a government “that sends police to break up the tent camps and car camps of homeless unemployed citizens who once belonged to the middle class.” And yet—no one complains! America, Joe tells us, “doesn’t like whiners. A whiner or a cynic is about the worst thing you can be here in the land of gunpoint optimism. Foreigners often remark on the upbeat American personality. I assure them that our American corpocracy has its ways of pistol-whipping or sedating its human assets into the appropriate level of cheerfulness.”

Yet some refuse to take it, and like Timothy McVeigh, come up with a pathological reaction to a pathological situation—in his case, the Murrah Center bombing in Oklahoma City. For McVeigh understood that whatever democracy we once had,

“has been subverted by corporations and bought politicians…[he] believed that America had become a corporate-backed police state consisting of only two classes—the elites and the rest of us—regardless of the party in power. If he was paranoid, he certainly was not alone…. [For] no matter how you connect the dots, or which dots you choose to connect, it comes out the same: our parents’ lives were displaced; our own have been anxious and uncertain; and our children’s are sure to be less certain than ours.”

Nevertheless, the fear that some elites have, that the poor and the working class might eventually figure out where their true political interests reside, is an unfounded one:

“We dumb working folk were clubbed into submission long ago, and now require only…a 24/7 mind-numbing spectacle of titties, tabloid TV, and terrorist dramas. Throw in a couple of new flavors of XXL edible thongs, and you’ve got a nation of drowsing hippos who will never notice that our country has been looted, or even that we have become homeless ourselves….And besides, there’s always bourbon.”

One would think that the widening gap between rich and poor would inflame these folks, right? No such luck, because both classes refuse to acknowledge it. The reigning dogma is that there are no classes or masses, just 310 million individuals, “Marlboro Man types in charge of their own destinies.” Meanwhile, at least 67% of Americans are counting on Social Security for their entire retirement income, and by 2008, the top 1% of Americans earned as much as the bottom 45%. According to the CIA’s World Factbook, in 2009 the U.S. ranked 46th in infant mortality rates (behind Cuba, among other countries), and more than 40 million citizens suffer food scarcity or hunger. “The combination of our poorly educated workforce,” Joe observes,

“and ruthless demagogic oligarchy are not a nationwide problem: they are a national tragedy. It’s one that’s getting worse and is not likely ever to be fixed. The Empire is collapsing inward upon its working base. The oligarchs have skipped town with the national treasury; many have multiple homes in other countries. The inherent natural resources upon which America was initially built by laboring men and women have been squandered….When empires die, they die broke.”

That’s the domestic situation. As for Americans’ awareness of what their government is doing overseas—forget it. We are, he writes, the “Republic of Amnesia.” Couple this historical amnesia with our abysmal public educational system and our daily “engorgement on cheap spectacle, and you get a citizenry whose level of world and social comprehension is somewhere between a garden toad’s and a bonobo chimp’s.”

Meanwhile, we live out a “homogenized national story line.” Corporations own the media, and they employ writers to do our dreaming for us. And the dream they produce is strictly about wealth, and why we as Americans are particularly entitled to it, with no reference to its historical costs—such as the money spent on meaningless wars. In fact, “historical memory has been shaped to serve the ends of empire.” As for the American Dream, this is simply “one of maximum material wealth and ownership of goods and commodities, and the ‘freedom’ to pursue those things until you drop dead.” But the questions won’t go away: “If we are so rich, why do I feel so insecure? If we are so united in our goodness and purpose, why am I so lonely?” Why indeed.

Joe knew what he was talking about, and knew it intimately; which meant he understood that there was no reversing the situation, no saving America at the eleventh hour. He made his own exit, from cancer, on March 26th of this year.

Morris Berman is well known as an innovative cultural historian and social critic. He has taught at a number of universities in Europe and North America, and has held visiting endowed chairs at Incarnate Word College (San Antonio), the University of New Mexico, and Weber State University. During 1982-88 he was the Lansdowne Professor in the History of Science at the University of Victoria, British Columbia.

Berman’s books are written for a general audience. They are concerned with the state of Western civilization and with an ethical, historically responsible, or enlightened approach to living within it. Emphasized in his work are the legacies of the European Enlightenment and the historical place of present-day American culture. His books include Dark Ages America: The Final Phase of Empire (Norton, 2006), The Twilight of American Culture (Norton, 2000), Wandering God: A Study in Nomadic Spirituality (State University of New York Press, 2000), Coming to Our Senses: Body and Spirit in the Hidden History of the West (1989), and The Reenchantment of the World (Cornell University Press, 1981). He currently resides in Mexico.

You Cannot Kill An Ideology With A Gun

A truly superb recollection of a very fine man!
Joe Bageant was one of a kind.