Home ANNOTATED NEWS The Lesser of the Evils: Hindsight is 20/20, but McCain Shudda Won

The Lesser of the Evils: Hindsight is 20/20, but McCain Shudda Won

I will not be voting for Obama in 2012 regardless of who the GOP candidate is and, admittedly with 20/20 hindsight, I now fully believe that over the long haul our nation would have been better off had McCain won in 2008, yes, even with that nit-wit of a running mate that was forced upon him…” 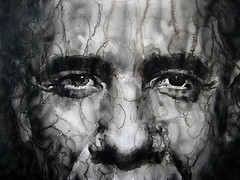 The Great Debate on the Left about whether to support Barack Obama for re-election had been building already, even before the debt limit debacle. And now it is on in full force and will be with us right up until Election Day, 2012. You can tell from the title of this commentary which side I am on. Except for the election of 1980, when I supported and actually did some work for John Anderson (until for reasons to this day entirely unknown to me he finked out right after Labor Day), I have been a “lesser of the evils” guy. But not this time around.

The arguments on both sides are pretty well-known and I am not going to retail them here. Neither am I going to go into the details about why I think that the debt limit debacle was a debacle for our side, except to say that if Grover Norquist and Paul Ryan view it as a victory, if Mitch McConnell has the biggest smile on his face I have ever seen, if John Boehner says “I got 98% of what I wanted,” if Nancy Pelosi makes it very clear that she would have voted against it if she were not Minority Leader, if 95 House Democrats did vote against it, if respected moderate left-wing commentators like Bob Scheer and Paul Krugman say that it’s bad stuff, that’s enough for me.

In previous commentaries, I have made it clear that I understood that Obama was a DLCer from the git-go. I have also revealed that on a few occasions, early on, I was taken in by the rhetoric. And he is good at it. But, taking the long view of what is happening to our nation and how we might, if we are very, very fortunate, before the true GOP night descends squeeze our way out of it, I do have to tell you that A) I will not be voting for Obama in 2012 regardless of who the GOP candidate is and B) admittedly with 20/20 hindsight I now fully believe that over the long haul our nation would have been better off had McCain won in 2008, yes, even with that nit-wit of a running mate that was forced upon him.

Why? Well briefly, as James K. Galbraith has laid out very clearly (1), on issue after issue Obama has been following GOP or GOP-lite policies or not getting into contentious issues, like doing something real about climate change, by just letting them drop. Why, according to the Right-Wing Rag NewsMax (2) Austen Goolsbee [who TV hosts and pundits on “the left” have misguidedly elevated to something of an oracle on progressive economics—Eds], formerly of the Obama White House and still consulted by them, recently entertained the author of the infamous “Laffer Curve,” the basis of the even more infamous “Reaganomics,” otherwise known as “Voodoo Economics” (George HW Bush’s term for it before he was offered the Vice-Presidency by Reagan). The economic fantasies that this man is still peddling 30 years later, that are fully responsible for [the] total economic mess we find ourselves in, were given a respectful listen. And so we have the outcomes of the GOP policies they have spread all over us since the Reagan Presidency while at the same time the GOP is able to blame all the ills of the nation on Obama, as if the policies were his and/or Democratic ones, not those of the GOP .

But suppose the barons of the Fed and Wall Street had been able to do just a bit more of their behind-the-scenes legerdemain (which, we continue to find out, goes on all the time) and had postponed the September 15, 2008 Lehman Brothers meltdown until, let’s say, November 7, 2008. That would have been a couple of days after the 2008 election and, funnily enough, on the Gregorian calendar the 91st anniversary of the Russian Revolution. As it happened, McCain had overtaken Obama in the polls by mid-September 2008, when the bankruptcy did occur, with the subsequent collapse of the real estate bubble, the subsequent collapse of the economy, the Paulson/Bush first bank bailout, and so forth and so on.

But if the collapse had not occurred then, if it had somehow been postponed until after the election, if McCain had maintained the momentum that he had had in mid-September, Obama’s best rhetoric to the contrary notwithstanding the aging cancer survivor might actually have become President. (And guess who would have been Vice-President.) And so, let’s look at a list of what might have happened in that alternate reality of a McCain Presidency, comparing it to what has really happened under the Obama Presidency. Has to be a big difference, no? After all, the (remaining) Obama supporters and the (supposedly defunct) Democratic Leadership Council (3) tell us so.

Consider, then, if McCain had been elected President: The War of Afghanistan would have been expanded, with no firm withdrawal date; the bank bailout would have happened, but with even fewer requirements set for the banks; the Minerals Management Service of the Department of the Interior would have been allowed to go on its love-the-oil-industry-let’s-not-do-anything-to-upset-it way and a huge BP gusher disaster would have occurred in the Gulf of Mexico; Guantanamo would have stayed open; “Don’t ask/don’t tell” would remain on the books until now; there would be no real progress on settling the Israel/Palestine problem; plus, plus, and most importantly plus, given that there would not have even been the Obama weak-at-the-knees so-called “stimulus package” the economy would be mired in an even worse massive unemployment/continued export of jobs/no-growth mess. True, General Motors and Chrysler would have been allowed to go bankrupt and there would have been no “health care reform” legislation (otherwise known as the Private “Health Care” Insurance Industry Subsidy Act). But the main features of the Obama Presidency would have been very much in place, with one big exception: The Republicans would be getting the blame for them, as they should.

Guess who would not be speaker of the House. Guess which GOP Front organization you would have never even heard of. Guess which Minority Leader of which House of Congress might not even have the 40 votes he would need to continue governing-by-just-saying-no. Guess which wing of which party would be preparing to take it over for the 2012 elections. And it ain’t the Blue Dogs. Of course, hind-sight is 20/20 and if McCain had won we would be bemoaning what-might-have-been, given the Obama rhetoric. But what we need to do now is face the Obama reality.

If the GOP and the corporate power it represents are not stopped soon, this country is headed for fascism and civil war (4, 5, 6). Obama is only helping to pave the way, both by his actions and by his inactions. The only way to stop this mad dash to hell is for a truly organized, mass-based party to be formed by splitting the Democratic Party, just as the Whig Party was split in the 1850s (7). Yes, it is very unlikely that anything like this will happen in time for next year’s elections. But if Obama is re-elected, the GOP/corporate power will continue to have their target-of-blame for the negative outcomes, one after the other, of their very own policies, and will continue to use that target just as they do now, every day in every way. And then they will roar into the Presidency in 2016, and good night, USA.

Our only hope is for a truly progressive party to rise for the elections of 2014 and 2016. But the only way that can happen is if Obama and the Right-Wing Democrats he represents are out of the picture and do not continue to give the political cover to the Republicans that they just love having. Yes indeed, taking the long historical view, the lesser of the evils for 2012 is anyone-but-Obama.

Steven Jonas, MD, MPH is a Professor of Preventive Medicine at Stony Brook University (NY) and author/co-author/editor/co-editor of over 30 books. Dr. Jonas a Senior Columnist for The Greanville Post (https://www.greanvillepost.com/); Managing Editor and a Contributing Author for TPJmagazine (http://tpjmagazine.us/); a columnist for BuzzFlash/Truthout (http://www.buzzflash.com, http://www.truth-out.org/), a Contributor to The Planetary Movement (http://www.planetarymovement.org/); a Contributor to TheHarderStuff newsletter; a Contributor to Op-Ed News.com (http://www.opednews.com/); and a Featured Writer for Dandelion Salad (http://dandelionsalad.wordpress.com/).

Idiot Wind: The Eternal Return Of The Politics Of The 1970s

Cancel This Book: The Progressive Case Against Cancel...

The media is constantly flattering and...