Home ANNOTATED NEWS 5 Countries That Do It Better: How Sexual Prudery Makes America a Less Healthy and Happy Place

5 Countries That Do It Better: How Sexual Prudery Makes America a Less Healthy and Happy Place 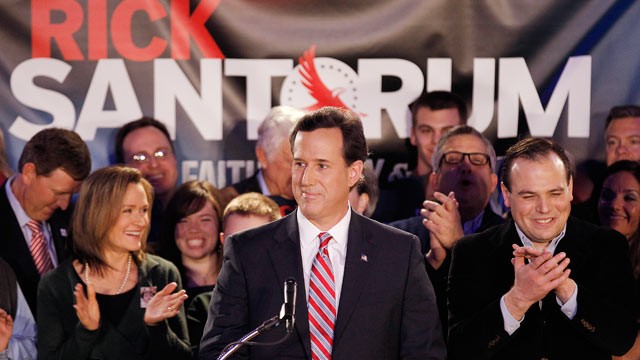 Deformed and repressed creatures like Santorum fester in America in a culture of centuries-old prudishness and hypocrisy. The perfect soil for such audacious backwardism.

To extreme social conservatives of the far right, the word “prude” is not an insult — it’s a badge of honor. “Prudes,” they would argue, should be upheld as exemplary role models because a sexually repressive society is also a society with fewer unplanned pregnancies and fewer sexually transmitted diseases. But not only do the facts not bear that out, they also demonstrate that the exact opposite is true. Countries that embrace many of the things social conservatives detest (comprehensive sex education, pro-gay legislation, nude or topless beaches, legal or decriminalized prostitution, adult entertainment) tend to be countries that have less sexual dysfunction than the United States, not more. And when one compares sexual attitudes in the United States to sexual attitudes in Western Europe, it becomes evident that there is a strong correlation between social conservatism and higher rates of teen pregnancy, abortion and sexually transmitted diseases.

The Christian Right would consider the following five European countries to be quite “permissive” when compared to the United States. All of them make a strong case for social liberalism and sexual openness.

The Netherlands has a reputation for being one of the most pro-sex countries in the world, and it isn’t hard to understand why. From comprehensive sex education to legal prostitution (Amsterdam has one of Europe’s most famous red light districts) to nude and topless beaches, the Netherlands is a social conservative’s worst nightmare. On top of that, the Netherlands was the first country in the world to legalize gay marriage (the Netherlands legalized same-sex civil unions in 1998 and gay marriage in 2001). But while Rick Santorum would no doubt view Amsterdam and Rotterdam as a modern-day Sodom and Gomorrah, the reality is that all that sexual openness is having positive results in the Netherlands. Sociologist Amy Schalet (author of “Not Under My Roof: Parents, Teens and the Culture of Sex” and a professor at the University of Massachusetts) has done extensive sex-related research on the United States and the Netherlands, often asserting that Americans would be much better off if they had the sexual openness of the Dutch.

In 2011, there was some relatively good news in the United States: The teen birth rate had fallen to 34.3 in 2010, according to the Centers for Disease Control and Prevention (CDC). That was a slight decrease from the abovementioned 39.1 per 1,000 in 2009 and 41.5 per 1,000 in 2008, and a major decrease from 61.8 per 1,000 back in 1991. The bad news: That is still much higher than countries in continental Western Europe, including Switzerland (where the teen birth for 2008, according to U.N. statistics, was only 4.3 per 1,000). In other words, the United States had almost ten times as many teen births as Switzerland in 2008. Further, Switzerland had an abortion rate of 6.4 per 1,000 women in 2008 compared to 19.6 in the United States that year (abortion is legal in Switzerland during the first trimester). But the fact that Switzerland has lower abortion and teen birth rates than the United States does not mean that it is a bastion of social conservatism by any means. Switzerland has same-sex civil unions (though not gay marriage), a high tolerance for porn, legal prostitution (including licensed brothels) and sex education as early as kindergarten. A few misguided Christian groups have complained about the amount of explicit sex-ed that Swiss pre-teens are receiving, but the vast majority of Swiss educators have no desire to adopt the failed abstinence-only programs of the American Christian Right. Bottom line: Social liberalism is serving Switzerland well. 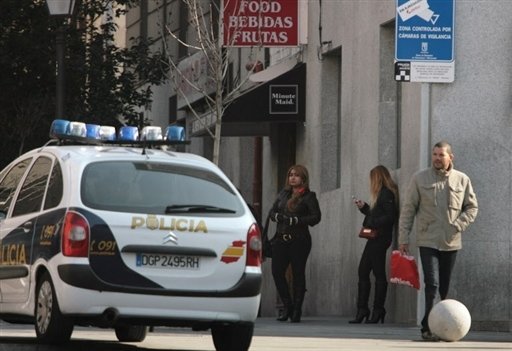 Even Spain is way ahead of America in social progressivism.  Prostitutes can generally ply their trade undisturbed.

Abortion remains controversial in Spain; it wasn’t until 2010 that Spain officially had abortion on demand, which the country’s new prime minister, Mariano Rajoy, opposes (before 2010, abortions were legally performed in Spain only if a doctor said a pregnancy posed a physical or psychological risk to a woman). But many Spaniards agree that the most effective way to reduce the number of abortions is through easier access to contraception and more sexual information, not less. And a climate of sexual openness appears to be keeping Spain’s teen pregnancy rates relatively low. According to UNICEF and others, Spain had, in 2006, a birth rate of 12.1 per 1,000 females in the 15–19 age group compared to 41.9 in the United States that year. However, it’s important to remember that within the United States, teen birth rates can vary considerably from state to state; the Centers for Disease Control and Prevention (CDC) reported that in 2008, the states with teen birth rates exceeding 60 per 1,000 included Mississippi, Oklahoma, Arkansas and Texas (all Bible Belt states, where the Christian Right has aggressively pushed abstinence-only sex education), while the teen birth rates tended to be much lower in New Jersey (24.5 per 1,000), Vermont (21.3 per 1,000) and Massachusetts (20.1 per 1,000). But even the most Democratic-leaning states in the United States have higher teen birth rates than Spain, where the teen birth rate was 12.2 per 1000 in 2009.

When Angela Carson (a Los Angeles native/American expatriate who had been living in Spain on and off for 18 years) spoke to AlterNet in early 2011, she said that she felt much better about raising her teenage daughter near Barcelona than she would have in the American Bible Belt; Carson believed that social conservatism was creating a host of social problems in the United States.  And when one compares teen birth rates in the two countries, it isn’t hard to understand why Carson felt that way.

In Madrid, the police recently had a major crackdown on coercive sex trafficking and arrested 22 alleged pimps they believed to be part of a Romanian sex trafficking ring. Illegal sex trafficking has become a major problem in Spain, where prostitution is tolerated but pimping is quite illegal — and the victims of those sex trafficking rings are mostly poor women from countries in Eastern Europe, South America or sub-Saharan Africa. High-priced Spanish call girls, meanwhile, work in much better conditions, often make 300 euros an hour and typically don’t have chulos (pimps); most Spaniards have no problem with that type of consensual, pimp-free prostitution but are happy to see sexual predators (including pimps and child pornographers) locked up. And Spanish law enforcement essentially has the right idea: Go after pimps, violent sex traffickers and child pornographers aggressively, while being tolerant of consensual adult porn and consensual adult prostitution.

Christian Right activists who rail against abortion in the United States will never admit this, but the reality is that extreme social conservatism results in more abortions, not fewer abortions. And a comparison of the United States and France illustrates that point. In France’s public schools, the types of abstinence-only sex-ed programs that America’s Christian Right has promoted (especially in Bible Belt states) are unheard of; France’s public schools make sure that French youths learn everything they need to know about sex, and that includes proper use of contraceptives. Plus, under France’s universal health care system, teens can obtain condoms free and confidentially. And all of those things reduce the number of unwanted pregnancies and therefore reduce the number of abortions. According to U.N. statistics, France had a teen birth rate of 7.8 per 1,000 in 2006 (compared to the United States’ abovementioned 41.9 for that year). The U.N. has also reported that in 2008, France had an abortion rate of 16 per 1000 in 2008 (rather than the United States’ 19.6 per 1,000 that year). And it should be noted that in France abortion providers are not under the constant threat of being firebombed or murdered by far-right Christian fundamentalists the way they are in the United States; rather, the French are smart enough to realize that in-depth sex education and easy access to contraception are the things that reduce the number of unwanted pregnancies and the number of abortions. Viva la France.

Alex Henderson’s work has appeared in the L.A. Weekly, Billboard, Spin, Creem, the Pasadena Weekly and many other publications.

THE GLOBAL SYSTEMIC CRISIS. France, the “Big Republican Earthquake” and its Geopolitical Impact

What Americans Need To Know About China –...