Home ACTIVISTS & HEROES Rob Kall: Calling Out and Challenging Evil… While We Still Can

Rob Kall: Calling Out and Challenging Evil… While We Still Can

Editor’s Note: Brother Kall is right, and we only wish his voice was heard across the land with greater potency than that of so many prostitutes who serve the forces of greed and endless destruction.  The United States may be the first great civilization done in by its own lies, but its fall will also mean the end of the rest of the world, scarcely a good bargain for man or beast innocent of this nation’s crimes. The problem however goes beyond the toxicity caused by billionaires and their hirelings. Capitalism is a system, a mode of social organization, that has clearly become a cancer on the face of the planet.  It is unfixable and historically obsolete.  Leaving “mere” millionaires around will give us only a momentary reprieve because as long as money is God many will rise to worship it, and a new crop of billionaires will emerge. The inherent contradictions and crookedness we find so readily throughout the capitalist matrix, including its incurable inequality —rooted in its massive appropriation of the workers’ surplus labor—and dishonesty are not likely to vanish even in the absence of billionaires.  Dickens’ England had not many billionaires or their contemporary equivalent, although rich men abounded, but the conditions of life for the vast majority of the population were horrid. Humanity needs to finally get over capitalism and any form of class-divided society. It must move toward a world based on generous social relations and a rational ordering of society grounded in profound respect for our planet.  Nationalism itself must be superseded, but the multinational superstructure replacing it must serve the people, not the corporate/feudal 1% we see today entrenched around the globe. Finally, the rape of nature, man, and animals must be stopped, along with the engines of hypocrisy, ignorance and obscurantism that facilitate it and which have brought us to this accursed  pass.—PG 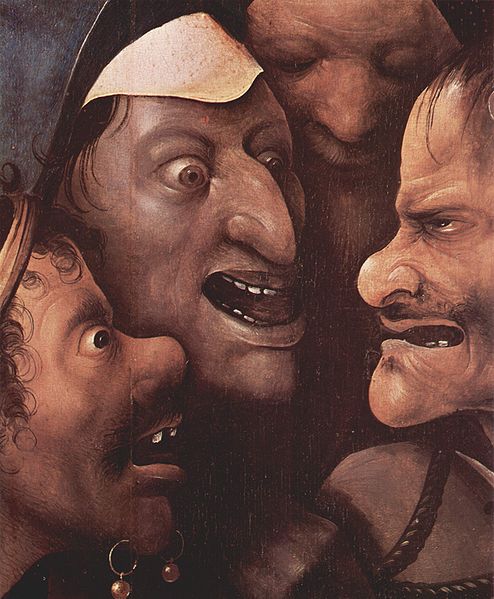 Even in the early days of Nazi Germany, there were good people who called out the evil. They were purged, jailed or killed, or they fled the country. Here in the USA, we call people who call out evil whistleblowers. The current Department of Justice– Obama’s DOJ– has become the worst, most dangerous enemy of the canaries in the coal mine– the whistleblowers, ever in history. This discusses what we need to do.
Reprinted from Project Censored’s Dailycensored.com

Even in the early days of Nazi Germany, there were good people who called out the evil. They were purged, jailed or killed, or they fled the country.

Here in the USA, we call people who call out evil whistleblowers.

The current Department of Justice– Obama’s DOJ– has become the worst, most dangerous enemy of the canaries in the coal mine– the whistleblowers, ever in history.

Then there are the protesters– courageous activists who are speaking out, investigating, taking stands. The first ones to be jailed and categorized as terrorists are the eco-activists. Will Potter has been documenting  at his website, greenisthenewred.com, this systematic assault on righteous activists– an attack that includes lobbyist inspired congressional legislation (stupid me– is there any legislation that is not lobbyist inspired or influenced? Any at all?)  that characterizes eco-protest, even writing about it, as domestic terrorism.

So, who will be next? Who will face the risks? And those risks are growing. Now, Obama can imprison, indefinitely, anyone he chooses, for as long as he wants, without excuse or reason. Sure, NDAA has been enjoined by a judge, but I don’t believe that’s stopped the people who are using the powers it grants.

Every time evil appears– every time– there are cowards who allow it to accumulate power and get stronger, even if it and the powers that it is manifesting through are weaker, to begin with.

The greatest collection of cowards in America have taken residence in congress. With a few exceptions, and most of the exceptions have been purged, the members of congress have become enablers of the evil that is emerging on this planet. That evil manifests as corporatism, as the un-restrained financial power of billionaires and multinational corporations, both operating beyond national boundaries with the tools that global trade agreements have provided them (agreements signed by Clinton, Bush, Obama, with the worst one– TPP being pushed hard and hidden by Obama. )

The congress is supposed be one leg of the three legs of government that balance power. Congress though, has been steadily and consistently eroding its power– ceding it to the Executive and Judiciary branches.  A vote for a member of congress, most of all, means empowering that legislator to do the bidding of the lobbyists and anonymous (to us, not necessarily to him or her) whose companies funded his TV ads and campaign.

Congress has become a very ugly repository of the manifestations of evil, doing more to undo protections to people and workers and the middle class, enabling and empowering the corporations and wealthy.

I’ve written about the need to eliminate billionaires from the US and the planet.

Time for De-Billionairization?
De-billionairize” the Planet Traitors in America; Packs of Benedict Arnolds

it is one step that is do-able, that will take some of the most malevolent players out of the mix. It is one necessary step, but not enough. We must take on the metastasizing power of multi-national corporations and the globalization treaties that are unleashing them.  We must envision battle plans and we must envision a future that exists without giant vampire corporations, without vulture billionaires, as Greg Palast has described.

We need to do these things while we still can, before truth-tellers are legislated to be re-defined as domestic terrorists.  Maybe I’m paranoid. But there are eco-activists in the highest security prisons already. The silencing has already begun.

Rob Kall is executive editor, publisher and website architect of OpEdNews.com, Host of the Rob Kall Bottom Up Radio Show (WNJC 1360 AM), and publisher of Storycon.org, President of Futurehealth, Inc, and an inventor . He is also published regularly on the Huffingtonpost.com. Mediate ranks Rob Kall among the top 150 print/online columnists, often ahead of NY Times, Wall Street Journal and Washington Post columnists.

The life and death of an Australian hero, whose skin was the wrong colour

Two tales of talipes equinovarus (the curse of...

A splendid call to arms against this damn system that is killing and garroting everything within its reach. Nothing escapes it, and unless we do something beyond passively watching this lethal circus things will only get worse—and soon.

My thoughts precisely. The social disease we’re opposing affects people at all levels. Billionaires are only its most despicable manifestation. The plant itself must be rooted out.

Mr Kall asks, Time for De-Billionairization? The only answer has to be YES!

Ove r the last few decades corporate executives and the superrich they work for have shown time and again that patriotism is something they talk about but rarely practice. The dollar is the only flag they follow, and they usually park their unfairly gotten gains in offshore accounts, numbered secret accounts in Switzerland and other places—some show of loyalty to the nation that made it possible to become richer than kings. Are there exceptions? Surely. But we are talking here of a class of people, a political category and the exceptions only confirm the rule. Americans must realise that and take the necessary measures.