The EU moves to privatise water: the people mobilize

Editor’s Note: Our correspondent in the United Kingdom, Paul Carline, has brought to our attention an important struggle being waged in Europe that has received scant attention in the US. Read closely and make a note of this development, as the confrontation may mark, as Paul suggests, the first major clash pointing at capitalism itself as a systemic issue. All we say is, let Europe adopt the Bolivian solution to this problem: kick the rascals out!—PG

it has recently become known that the European Commission wishes to privatise the distribution of water across Europe i.e. to make water distribution rights something that can be traded on the stock market for profit. 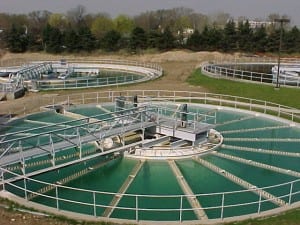 Although privatisation has already begun in Portugal, it didn’t become an EU-wide issue until a group decided to use the new European Citizens’ Initiative (ECI) right to launch an initiative to defend public ownership of water. The ECI right allows individuals and groups anywhere in Europe to make proposals to the European Commission. The challenge is enormous. They have to create an initiative organisation able to publicise the issue and raise the support of at least 1 million citizens from a minimum of seven EU countries. They have a year to do so. It is reckoned that it costs about 1 euro per signature – so merely to submit what is in effect a petition to the Commission can cost more than a million euros. That includes the cost of translating the initiative material into possibly 26 different languages.

Once the conditions have been fulfilled, the Commission is obliged to consider the proposal. But it can reject it on a number of grounds. In this case, since the issue is one that strikes at the heart of the Commission’s privatisation policy, one may expect the Commission to find some reason for rejecting the initiative.

I believe this issue has the potential to be the first big challenge to capitalism in Europe – because of the clear understanding of the majority of people that access to water is a fundamental human right. In Portugal there have been demonstrations and riots. People there found that their water bills increased by up to 400%.

Below the link to a Press Release drafted by a German friend who has been involved with the ECI campaign for several years. It contains a link to an excellent short report by WDR on the issue: http://www.citizens-initiative.eu/?p=1466#more-1466

p.s. any EU citizen can – and should – sign the initiative at www.right2water.eu

The European Citizens’ Initiative (ECI), Europe’s first step toward participatory and direct democracy, is a new tool, created by the Lisbon Treaty, which gives 1 million citizens the right to ask for changes to European law. As of today the ECI ‘Water is a Human Right’, with more than 1 million collected signatures, is the first ECI in European history to have succeeded in collecting a minimum number of signatures.

Jan Willem Goudriaan, organizer and Vice President of the Citizens’ Committee “Water is a Human Right” states:  “Today we have reached an important milestone – one Million EU citizens agree that water and sanitation are human rights! The Right2Water ECI is a success, despite the legal and technical barriers forced upon us by the European Commission and Member States! We appreciate the support of so many and will continue campaigning to pass a strong message.”

While the initiative must continue to collect signatures in order to reach the distribution quorum of at least seven member states, and to compensate for potentially invalid signatures, this is a critical moment in the European integration process.

“This is an important day for the evolution of European democracy as it appears that citizens want to make use of their new right of initiative which is the first element of transnational participatory democracy in the world” says Carsten Berg,ECI Campaign Director. “The organizers of the ‘Water is a Human Right’ initiative are to be congratulated all the more as they have managed their campaign under extraordinarily difficult conditions. Thousands of signatures have been lost due to important defects in the online collection system offered by the European Commission under the administration of Vice-President Maroš Šefčovič”.

IT specialist Xavier Dutoit, of the NGO Tech to the People, was asked to set up the online collection system for the “Right to Water” initiative: “The software currently offered by the European Commission requires major upgrades and has a long way to go before it fulfills its objectives; the current design cannot even be sufficiently modified without developing new software and certainly does not correspond to 21st century user expectations.” Other ECI organizers among the first 15 filed ECIshave reported similar experiences: “The Online Collection System is unnecessarily complex, and plagued by major programming faults – far more than would normally be expected. This has presented serious obstacles for ECI organizers, who have little in the way of financial or staff resources,” says Heike Aghte, who launched the European Citizens’ Initiative “30 km/h – making the streets liveable!” In order to resolve the wide array of problems connected to the online collection system several IT specialists have even decided to establish an ECI for a user-friendly central public online collection platform.

Technical problems have plagued the ECI; and the strict legal framework has made the success of this initiative remarkable. Campaigners report that EU citizens living outside of the EU cannot sign initiatives and people are generally reluctant to sign ECIs in countries that require IDs. Eighteen member states ask their citizens for personal identification numbers when signing an ECI. Such requirements are unnecessarily intrusive, raise privacy concerns and deter individuals from engaging in the democratic process. While the European Data Protection Supervisorconcluded that ID card numbers are unnecessary for the purpose of an ECI, it is nonetheless mandatory in the majority of member states.

While ECI campaigners have regularly been expressing their grievances to both the Commission and the Parliament, reactions to complaints have been slow. The EC Vice-President’s declaration that “collecting signatures for the ECI will be very easy” could be seen as a serious misrepresentation of the situation.

The ECI Campaign insists that these kinds of problems need to urgently be addressed with an inter-institutional working group consisting of all stakeholders including the EC, EP, EESC, ECI organizers and ECI specialists, in order to prepare for the much-awaited ECI framework review and revision, foreseen in 2015.

“We have to eliminate the IT problems when it comes to signature gathering and offer a help infrastructure for ECI organizers. Otherwise only a very few large organizations with their own infrastructure and large budget will be able to run successful ECIs,” says Carsten Berg from the ECI Campaign.

The ECI Campaign is a coalition of democracy advocates, including more than 120 European NGOs dedicated to the creation and successful implementation of a European citizens’ initiative right. More information Carsten Berg at +49-1764-3064365 or visit www.citizens-initiative.eu.

Link to all 15 ECIs registered with the European Commission

Mike Ingles: The State of the Union

Class tensions in Europe at the breaking point

The Media’s Deranged Hysteria Over Elon...