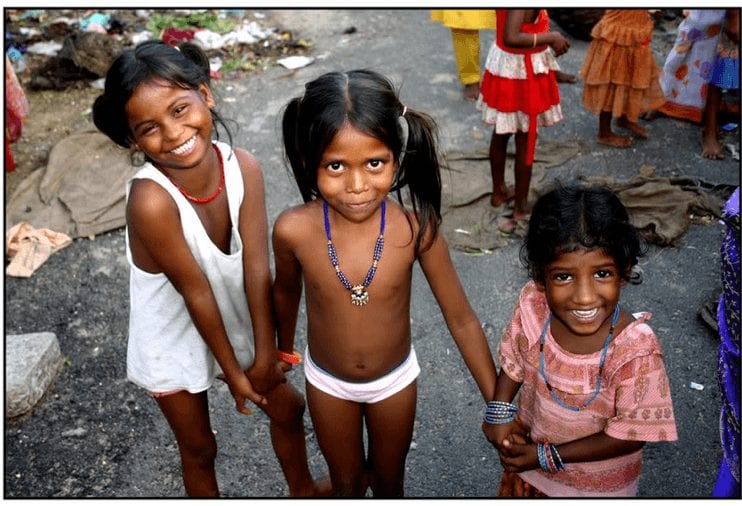 I really struggle with seeing the poverty in India, and I have posted before about my struggles with poverty, charity, apathy towards the poor and my observations of some of the middle class. I have come to the conclusion that here in India it is not in the interests of anyone with power or money to help anyone less fortunate than them.  In fact, I think its part of the core values in India to keep the poor down and do your best to step on anyone you can on the way up.

Keeping as many people down as possible is part of India’s grand growth strategy. There I have said it!  This article I read today really drove that home.

Whilst India is seen to be growing in wealth, none of the benefit is going into jobs for the poor.  According to the article, India needs 23 new jobs a minute and yet only creates 3. In desperation, the poor is migrating from agriculture to urban centres, but all that is growing are the slums and poverty. The majority of Indians rely on agriculture, but agriculture is contributing less and less to the country’s GDP, so people leave it to look for money elsewhere. But there are no jobs for them.

Yet at the same time, according to this article about 95% of Indians has wealth of less than $10,000 per annum, yet the number of millionnaires in India is expected to grow by over 50% in the next 4 years.  On a per capita basis, wealth per adult in India has grown from $2,000 to $5,300 between 2000 and 2011, but I am sure that the growth is due to a small proportion of the population not the masses, confirmed by the President  who has said growth is being driven by increased per capita income and the growing middle class.

The rich get richer and the poor get poorer.

There haven’t been any significant changes in quality of life for the poor. According to WaterAid, 63 out of every 1,000 children die before the age of 5 due to preventable diseases like diarrhoea.  Only 30% of the population has access to a toilet, let alone clean drinking water.  This is mind boggling and heartbreaking, and it feels so incredibly hopeless to me. These are huge issues, and ones that will stop the poor from ever making it out of a cycle of poverty, because daily life isn’t about trying to find a way out, it is simply just about surviving.

Sitting in my own little world, I see some sad things.  I watch people argue with their local vegetable seller over Rs5 (less than 10 cents) and hear those who are better off complain about how their maids are ripping them off.  Keeping people poor means that they can continue to live a more comfortable life.  After all, if salaries increased then one may not be able to afford a maid, a driver, a nanny, a cook and a runner.  How on earth would one survive without all their staff?  Who would do all the unpalatable work if it suddenly cost more and less people were desperate to do it?

Even the government doesn’t want to recognise the problems.  After all the planning commission claims that anyone who has Rs28 a day (about 50 cents) is not in poverty. Yes for Rs28 I can buy a kilo of carrots and potatoes so I can eat. Alternatively I can buy 2 litres of clean water to make sure I don’t hydrate myself to death. Or I can buy half a litre of milk. I can’t afford shelter or anything else for that matter. I would sincerely like to see the people that come up with these figures survive on rs28 per day for a month and see how healthy and rich they feel at the end of it.

This makes me so sad and frustrated.

So what do I do about it? I can’t change 1.3 billion people, but I can influence my little corner of the world.  So in my contribution to a more equitable growth strategy for India, I try to treat those around me who may not have as much with respect. Whilst I don’t allow myself to be blatantly ripped off, I don’t tend to bargain for my vegetables every day unless the price is ridiculous. I pay my maid an amount that reflects the value she provides to my life. I let my auto-rickshaw drivers keep the change.  I thank my lucky stars every day for what I am fortunate to have. I personally fight against myself every day to ensure that I don’t change my values and become a different person whilst living here.

This is my contribution to India’s growth strategy.  What is yours?

RAKHEE GHELANI is an Australian of Indian descent who recently went back to India to live there and search for her roots.

Japan And Other Social Evils: The...