As two more Afghan children are liberated (from their lives) by NATO this weekend, a new film examines the effects of endless US aggression 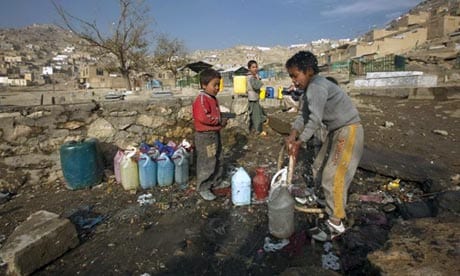 Yesterday I had the privilege to watch Dirty Wars, an upcoming film directed by Richard Rowley that chronicles the investigations of journalist Jeremy Scahill into America’s global covert war under President Obama and specifically his ever-growing kill lists. I will write comprehensively about this film closer to the date when it and the book by the same namewill be released. For now, it will suffice to say that the film is one of the most important I’ve seen in years: gripping and emotionally affecting in the extreme, with remarkable, news-breaking revelations even for those of us who have intensely followed these issues. The film won awards at Sundance and rave reviews in unlikely places such as Variety and the Hollywood Reporter. But for now, I want to focus on just one small aspect of what makes the film so crucial.

The most propagandistic aspect of the US War on Terror has been, and remains, that its victims are rendered invisible and voiceless. They are almost never named by newspapers. They and their surviving family members are virtually never heard from on television. The Bush and Obama DOJs have collaborated with federal judges to ensure that even those who everyone admits are completely innocent have no access to American courts and thus no means of having their stories heard or their rights vindicated. Radical secrecy theories and escalating attacks on whistleblowers push these victims further into the dark.

It is the ultimate tactic of Othering: concealing their humanity, enabling their dehumanization, by simply relegating them to nonexistence. As Ashleigh Banfield put it her 2003 speech denouncing US media coverage of the Iraq war just months before she was demoted and then fired by MSNBC: US media reports systematically exclude both the perspectives of “the other side” and the victims of American violence. Media outlets in predominantly Muslim countries certainly report on their plight, but US media outlets simply do not, which is one major reason for the disparity in worldviews between the two populations. They know what the US does in their part of the world, but Americans are kept deliberately ignorant of it.

What makes Dirty Wars so important is that it viscerally conveys the effects of US militarism on these invisible victims: by letting them speak for themselves. Scahill and his crew travel to the places most US journalists are unwilling or unable to go: to remote and dangerous provinces in Afghanistan, Yemen and Somalia, all to give voice to the victims of US aggression. We hear from the Afghans whose family members (including two pregnant women) were slaughtered by US Special Forces in 2010 in the Paktia Province, despite being part of the Afghan Police, only for NATO to outright lie and claim the women were already dead from “honor killings” by the time they arrived (lies uncritically repeated, of course, by leading US media outlets).

Scahill interviews the still-traumatized survivors of the US cruise missile and cluster bomb attack in Southern Yemen that killed 35 women and children just weeks after Obama was awarded the 2009 Nobel Peace Prize. We see the widespread anger in Yemen over the fact that the Yemeni journalist who first exposed US responsibility for that attack, Abdulelah Haider Shaye, was not only arrested by the US puppet regime but, as Scahill first reported, has been kept imprisoned to this very day at the direct insistence of President Obama. We hear from the grandfather of 16-year-old American teenager Abdulrahman al-Awlaki (he is also the father of US cleric Anwar al-Awlaki) – both before and after a CIA drone killed his son and then (two weeks later) his teenaged grandson who everyone acknowledges had nothing to do with terrorism. We hear boastful tales of summary executions from US-funded-and-directed Somali warlords.

There is an unmistakable and singular message sent by these disparate groups and events. It’s one particularly worth thinking about with news reports this morning that two more Afghan children have been killed by aNATO air attack.

The message is that the US is viewed as the greatest threat and that it is US aggression and violence far more than any other cause that motivates support for al-Qaida and anti-American sentiment. The son of the slain Afghan police commander (who is the husband of one of the killed pregnant woman and brother of the other) says that villagers refer to US Special Forces as the “American Taliban” and that he refrained from putting on a suicide belt and attacking US soldiers with it only because of the pleas of his grieving siblings. An influential Southern Yemeni cleric explains that he never heard of al-Qaida sympathizers in his country until that 2009 cruise missile attack and subsequent drone killings, including the one that ended the life of Abdulrahman (a claim supported by all sorts of data). The brutal Somali warlord explains that the Americans are the “masters of war” who taught him everything he knows and who fuel ongoing conflict. Anwar Awlaki’s transformation from moderate and peace-preaching American cleric to angry critic of the US is shown to have begun with the US attack on Iraq and then rapidly intensifying with Obama’s drone attacks and kill lists. Meanwhile, US military officials and officers interviewed by Scahill exhibit a sociopathic indifference to their victims, while Awlaki’s increasingly angry sermons in defense of jihad are juxtaposed with the very similar-sounding justifications of endless war from Obama.

The evidence has long been compelling that the primary fuel of what the US calls terrorism are the very policies of aggression justified in the name of stopping terrorism. The vast bulk of those who have been caught in recent years attempting attacks on the US have emphatically cited US militarism and drone killings in their part of the world as their motive. Evidence is overwhelming that what has radicalized huge numbers of previously peaceful and moderate Muslims is growing rage at seeing a continuous stream of innocent victims, including children, at the hands of the seemingly endless US commitment to violence.

The only way this clear truth is concealed is by preventing Americans from knowing about, let alone hearing from, the victims of US aggression. That concealment is what caused huge numbers of Americans to wander around in a daze after 9/11 innocently and bewilderingly wondering “why do they hate us”? – despite decades of continuous US interference, aggression, and violence-enabling in that part of the world. And it’s this concealment of these victims that causes Americans now to react to endless stories of the killing of innocent Muslims with the excuse that “we have to do something about the Terrorists” or “it’s better than a ground invasion” – without realizing that they’re affirming what Chris Hayes aptly describes as a false choice, and worse, without realizing that the very policies they’re cheering are not stopping the Terrorists at all but doing the opposite: helping the existing Terrorists and creating new ones.

To be fair, it’s not difficult to induce a population to avert its eyes from the victims of the violence they support: we all like to believe that we’re Good and peaceful people, and we particularly like to believe this about the leaders we elect, cheer and admire. Moreover, what the Nigerian-American writer Teju Cole recently described as “the empathy gap” – thefailure to imagine how others will react to situations that would cause us (and have caused us) to be driven by rage and violence – means that the US government need not work all that hard to silence its victims: there is a pervasive desire to keep them out of sight.

Nonetheless, if Americans are going to support or even tolerate endless militarism, as they have been doing, then they should at least have to be confronted with their victims – if not on moral grounds then on pragmatic ones, to understand the effects of these policies. Based on the out-of-sight-out-of-mind reality, the US government and media have been incredibly successful in rendering those victims silent and invisible. Dirty Wars is a truly crucial tonic to that propaganda. At the very least, nobody who sees it and hears from the victims of US aggression will ever again wonder why there are so many people in the world who believe in the justifiability or even necessity of violence against the US.