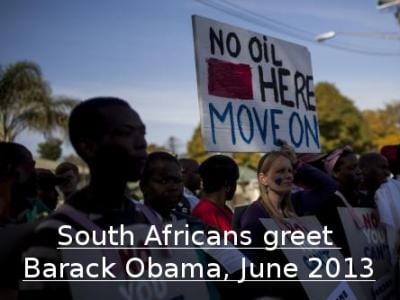 The Obamas’ visit to South Africa, for people of color on both sides of the Atlantic, is heavy on symbolism and photo-ops, but devoid of any substance for those who hunger and thirst for justice. The ANC won the flag at the end of apartheid, but South Africa’s white elite kept the land and the money, after allowing a few well-connected black faces into high places.

“…Mandela was freed because of armed struggle and not out of benevolence….”

Centuries of oppression have made black people particularly susceptible to the tempting siren song which comes with the image of black success. It is harmless to want a black person to win some coveted acclaim like a Pulitzer prize or even an Oscar, but quite another to be rendered stupid by the sight. Our history teaches us that we must be wary lest we be carried away by emotion that is without substance.

Barack Obama is the most obvious example of this phenomenon and its pernicious influence. A black man being elected as president of the United States was long hoped for but seemingly impossible. The realization of what had long been imagined and the often racist attacks against this dream create common cause with Obama and intense personal happiness on his behalf. Yet what seems inspirational is in fact anything but. The feelings of affection for Obama have been a negative force which impede rational thought and political common sense. The people who most epitomized the American search for true democracy have given it up completely because they love seeing a black man wearing a POTUS jacket and get angry when white people don’t like seeing it.

[pullquote] Let the world never forget that —paying in blood—it was little revolutionary Cuba that broke the back of the Apartheid regime. [/pullquote]

That history of struggle and the group identity it creates have not been limited to the American experience. The decades long fight against the racist apartheid system in South Africa was supported by millions of people in this country too. Jim Crow was America’s own apartheid. It is only logical that the sight of black people being treated cruelly in the name of white supremacy would elicit feelings of affinity in this country and around the world.

Nelson Mandela’s release from 27 years of imprisonment and his subsequent election as president created a surge of pride and joy among black people everywhere. Unfortunately we did not truly understand what we were witnessing. These events came about as a result of forces unacknowledged in America and they also came with a very high price. 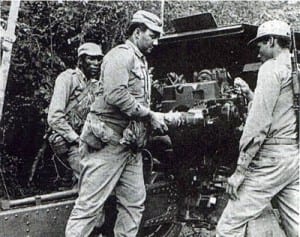 The name of the Angolan town Cuito Cuanavale [5] means little to all but a handful of Americans but it lies at the heart of the story of apartheid’s end. At Cuito Cuanavale in 1988 Cuban troops defeated the South African army and in so doing sealed apartheid’s fate.

It is important to know how apartheid ended, lest useless stories about a miraculously changed system and a peaceful grandfatherly figure confuse us and warp our consciousness. Mandela was freed because of armed struggle and not out of benevolence. He was also freed because the African National Congress miscalculated and made concessions which have since resulted in terrible poverty and powerlessness for black people in South Africa. By their own admission, some of his comrades [6] concede that they were unprepared for the determination of the white majority to hold the purse strings even as they gave up political power.

Now the masses of black South Africans are as poor as they were during the time of political terror. The Sharpeville massacre [7] of 1960 which galvanized the world against South Africa was repeated in 2012 when 34 striking miners were killed by police at Marikana. The Marikana massacre [8] made a mockery of the hope which millions of people had for the ANC and its political success.

Obama’s recent visit to South Africa when the 94 year old Mandela was hospitalized created a golden opportunity for analysis and a questioning of long held assumptions about both men but the irrefutable fact is this. The personal triumphs of these two individuals have not translated into success for black people in either of their countries.

“ It isn’t true that black people benefit from the political success of certain individuals..”

The victory of international finance capital wreaks havoc on both sides of the Atlantic ocean. In the U.S. black people have reached their political and economic low point during the Obama years. The gains won 50 years ago have been reversed while unemployment, mass incarceration, and Obama supported austerity measures have all conspired to undo the progress which was so dearly paid for. 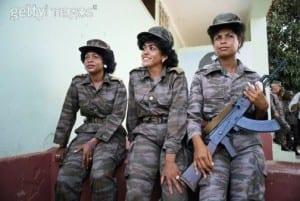 Obama’s visit to Africa as Mandela lay critically ill brought very sincere but very deeply misled people to remember all of the wrong things. It isn’t true that black people benefit from the political success of certain individuals. It isn’t true that role models undo systemic cruelty or that racism ends because of their presence or that white people see or treat the masses of black people any differently when one black person reaches a high office.

The maudlin sentiment was all built on lies. Mandela fought the good fight for many years and is worthy of respect for that reason alone. But his passing should be a moment to reflect on his mistakes and on how they can be avoided by people struggling to break free from injustice. Obama’s career is a story of ambition and high cynicism which met opportunity. There is little to learn from his story except how to spot the next evil doer following in his footsteps.

Margaret Kimberley’s Freedom Rider column appears weekly in BAR, and is widely reprinted elsewhere. She maintains a frequently updated blog as well as athttp://freedomrider.blogspot.com. [9] Ms. Kimberley lives in New York City, and can be reached via e-Mail at Margaret.Kimberley(at)BlackAgendaReport.com.

Anticommunist Cubans have tried to this day to stain and muddle the memory of Cuba’s honorable and generous intervention in Angola, Namibia and South Africa against the Apartheid regime and colonialism/imperialism in general.

Below, in Spanish, a note that sums up the truth about the Cuban international solidarity effort:

OpEds: Reason for hope (of the real kind)