September 22, 2013
Tweaking the Nose of Liberals / Progressives
by NORMAN POLLACK 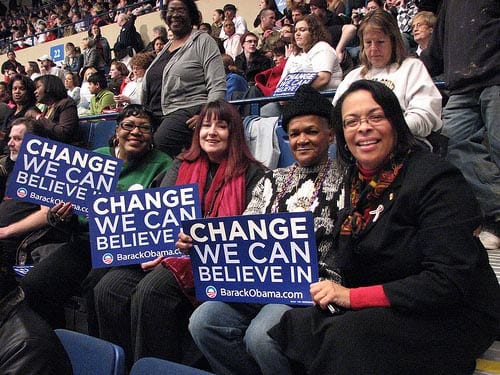 Obamabots’ rank and file.  Besotted with the first black president. Apparently that’s all that matters.

Systemic criticism of Obama—in fact, all criticism, political, economic, ideological, environmental, etc.—is, on the part of liberals (running true to form) and so-called progressives (a bitter disappointment), like water running off a duck’s back.

Clinging to illusions, evidence at every turn to the contrary, that he is a fighter for social democracy, champion of the working people, force for international peace (again, etc.), or even, more modestly, holding the line against an intransigent Congressional Right, standing up to the banks, proposing and enforcing regulations of the business system, ensuring that all Americans have jobs and decent health care and that polluters are driven (like FDR’s money-changers) from the temple, liberals and progressives are willfully blind, labor under the ideological narcotic of false consciousness, and, like it or not, are the Swiss Guard of the Vested Interests, working hand-in-glove, by their silence or acquiescence, with those who advocate for unrestrained, amoral, and yes, imperialist, capitalism. It appears that nothing short of the administration’s indulging in a nuclear spat will pull the wool from their eyes, and perhaps not even then.

Below a small gallery of celebrity Obamabots— 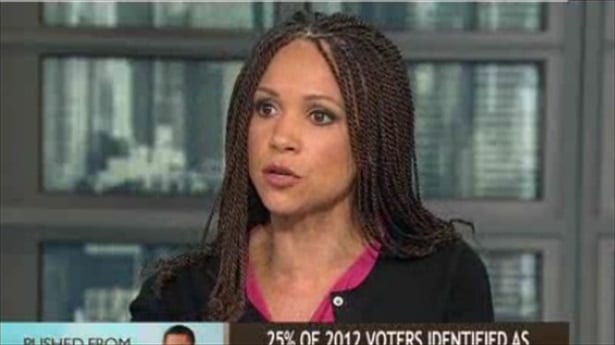 MSNBC’s sometime academic and full-time diva Melissa Harris-Perry. As pretty as she is politically dumb, and mendacious, too. 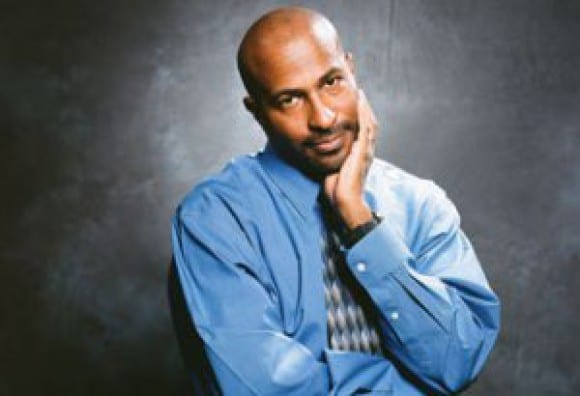 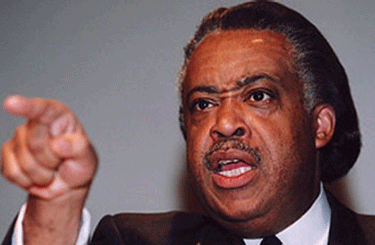 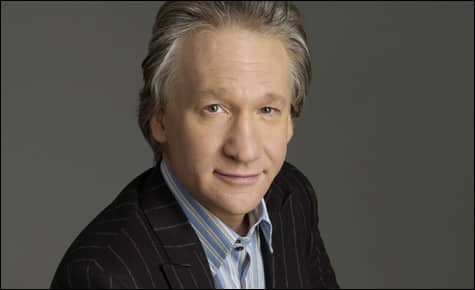 When I say the “Left,” I mean, of course, its inauthentic realization, which includes upwards of 95% of the Democratic party (I hope the remaining 5% will soon leave on principle), but also the large numbers of Americans who, by rights, from historical experience and their own social struggles, should know better, having traditionally borne the brunt of racial oppression, antiunion legislation and strikebreaking, McCarthyism and other forms of red-baiting designed to penalize and purge dissent, and yet practically grovel at Obama’s feet, offering the lame excuse, when not positively praising him, that he represents the lesser of two evils.

Blacks succumbed right away on the grounds both of racial solidarity and mistaken faith (I am especially chagrined at John Lewis and his likening Obama to Dr. King, insulting to the latter in every respect, but also most members of the Black Caucus, who have supported Obama on economic policies and military interventions alike), remaining wholly oblivious to Obama’s strengthening of class-differentials, particularly hurtful to blacks, in which a practically infinitesimal proportion of the population enjoys an ever-increasing share of income, wealth, and power directly through his policies and appointments. With the old Robert Rubin crowd of deregulators, Geithner and Summers, installed on Day One, some of us knew at once the jig was up. Is it unfair to single out blacks? I think, no—there were too many sacrifices in the civil rights movement (Lewis, greatly to his credit, among them) to allow such fraudulence to go unanswered.

What we need is a color-blind political epistemology, in which it is recognized that upwardly mobile blacks are no different than upwardly mobile whites, both showing a proneness to reactionary ideas and policies in order to ingratiate themselves to the (mostly white) power structure. Obama is as far removed from Paul Robeson or Thurgood Marshall on every indicator of moral decency (the gold standard of which might be Dr. King’s Poor People’s Campaign) as am I from Albert Einstein or any other human being of exceptional intelligence.

But why single out any group, when his support takes in much of the FDR-New Deal coalition and its modern counterparts? I am not advocating for a revolutionary Left, at least not in public (and not in earshot of the NSA, FBI, and CIA, whereby mass surveillance in the name of counterterrorism will be increasingly turned in the direction of antiradicalism at home, as foreign policy itself increasingly takes on China, Russia, and heretofore Third World countries rapidly industrializing), but I do think rejection of Obama must be the minimum litmus test of the genuine progressive, whom—without quibbling over definitions (an age-old malady of the sectarian Left)—one can comfortably term sufficiently critical of capitalism, hegemonic plans and aspirations, military preparations and the interventions to which they lead, indifference to job creation, mortgage foreclosures, and entrenched poverty, and not least, the expansion of Executive Power and a POTUS intimately involved in targeted assassination, as to qualify. In a better day or thoroughly-achieved political democracy, Obama’s record would be seen as repugnant to humankind.

The recent shooting-down of the Summers appointment as Fed chair may signal Obama’s reversal of fortunes, that coupled with his foreign-policy unilateralism (which even in the US is starting to meet resistance), so that, finally, the American public will begin to realize they have a Judas Iscariot at the top, who has betrayed not merely his campaign promises, but his pledge of faith to the Constitution down the line, from civil liberties to making war, and in ever-widening circles, the poor, the national estate (as FDR would phrase it), and democracy itself. Just today (September 18) we see in the New York Times the confusions surrounding Obamacare, an excellent article by Sharyl Gay Stolberg, whose title says it all, “Ex-Officials Are Reaping Profit After Assisting on Health Law,” in which his team constructs a law favorable to the Health Industry and then, through the revolving door, proceeds to join the interests to be regulated, and an editorial, “The Money Behind the Shutdown Crisis,” which implicitly takes Obama’s program at (liberal) face-value, chastising the Far Right for attacking it, using the threat of a government shut-down as pretext for eliminating it.

Whether or not corporate capitalism breaks from its shock troops because of their dysfunctional positions more suitable to a less advanced or mature stage of capitalism, only time will tell—but plebeian fascism and corporatism, whatever their nuances and differences, smell just as bad. And Obama is the traffic cop du jour presently assisting both, one, with targeted assassination and rah-rah militarism, the other, with slick policies of trade, taxation, subsidies, free-market economics, and the ever-mammoth military budget. A three-legged stool—he, protofascists, mega business and banking leaders, all committed to punching holes in the social safety net and preserving the hierarchical nature of the social order.

The situation is difficult to grasp, as though signifying an alarming rightward shift of the political-ideological spectrum in America, in which the Obama White House, Center-Right in my estimation, has somehow been relegated to the Far Left by forces, e.g., the groups mentioned in the editorial, truly on the cusp of fascism. The three most insightful words in the editorial, “feed on chaos,” reveal the danger they hold: internal terrorists, who can do more damage to society, viz. the breakdown of government, than those we normally designate by that term. What is so odd about our times is that Obamacare itself is well to the Right of world developments in health care. And coming on the heels of the editorial, we see the article on the revolving-door precisely of those who worked to shape it now becoming “strategic advisers” to the mega health insurers who will most profit from it.

Health care, to me, represents the moral bankruptcy of Obama and his administration. Instead of fighting for a single-payer system, which, if the effort failed, still would have opened the way for the public option, Obama declared both off limits, leaving the American people with a cash cow for the Health Industry. Like his authorization of targeted assassination, in the realm of a national system of health insurance, he has assassinated the public he was pledged to serve. We need a new cabinet position: Department of the Revolving Door.

My NYT Comment (same date) on the Stolberg article:

The chickens come home to roost. Of course, the revolving door; of course, policy advisers leaping to the other side. Obamacare was a fraud from Day One, when the White House Health Care Summit was turned over to the very groups it allegedly was designed to regulate. Even the word “regulation” is totally out of place in an administration pledged, among its insiders, but not the public, to deregulation of all things–whether banking, climate change, gun control, or, as here, the health care industry. At that Summit, groups favoring the single-payer system (and even the public option) were excluded or, as in the case of Physicians for Social Responsibility, picketing outside, were allowed two entrants–on condition they remain silent.

Obama has flim-flammed the nation, as on so much else, and yet, because forces to his Right view him as Far Left, we have in America such a complete distortion of the meaning of democracy that anything Center-Right (for there is little around further Left) is seen as communistic. And the Far Right has become the new Center. The “strategic advisers” simply bided their time, first, proving to the Health Industry that they had engineered a law favorable to them, and then, cashing in through inner-expertise and what used to be called (and should again) influence-peddling. A sorry state all-around.

Norman Pollack is the author of “The Populist Response to Industrial America” (Harvard) and “The Just Polity” (Illinois), Guggenheim Fellow, and professor of history emeritus, Michigan State University. His new book, Eichmann on the Potomac, will be published by CounterPunch in the fall of 2013.

The Global Crisis of Legitimacy and Liberation