Norway shamefully doing the bidding for the imperial Godfather. Yet another stain on Scandinavia’s record. 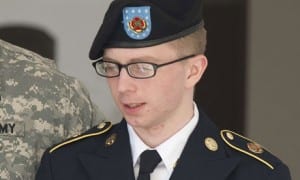 Nobel Committee members broke their own rules. Peace Prize nominations “may be submitted by any person who meets the nominat(ing) criteria.”   Candidates eligible to win “are those persons or organizations nominated by qualified individuals.”  Nominations “must be postmarked no later than February 1 each year. Nominations postmarked and received after this date are included in the following year’s discussions.”

On October 11, Nobel Committee members awarded the Organization for the Prohibition of Chemical Weapons (OPCW) its 2013 Peace Prize.  It reflects its involvement in destroying Syria’s chemical weapons. It’s unclear when OPCW was nominated. It was well beyond the February 1 deadlined.  The organization has done little so far in Syria to deserve honoring. Its mandate has nothing to do with restoring peace.

Doing so requires Obama calling off his dogs. It requires ending support for thousands of imported cutthroat killers. It demands ceasing what Washington intends to continue.  On October 1, OPCW’s advance team arrived in Damascus. Additional inspectors followed. They’ve barely begun their work. They’re tasked with destroying Syrian chemical weapons. Months are needed to do so.  Since conflict erupted in early 2011, Russia has done more by far than any other nation or organization pursuing peace.

[pullquote] Our opinion: The moment has come for decent humanity to reject and rebuke the Nobel Peace Price and establish its own awards. [/pullquote]

On October 11, its Committee members said they “decided that the Nobel Peace Prize for 2013 is to be awarded to the Organization for the Prohibition of Chemical Weapons (OPCW) for its extensive efforts to eliminate chemical weapons.”

America maintains a huge stockpile. Israel has its own. It refuses to become a Chemical Weapons Convention (CWC) signatory.  It’s nuclear armed and dangerous. It hasn’t signed the Nuclear Non-Proliferation Treaty (NPT) or Biological Weapons Convention (BWC). Its policy is CBW ambiguity.  America maintains the world’s largest WMD arsenal. It uses it preemptively. It uses banned weapons in all its wars. So does Israel.

OPCW is silent. So are Nobel Committee members. Their rhetoric belies their policy. Chemical weapons are “taboo under international law,” they said.   “Recent events in Syria, where chemical weapons have again been put to use, have underlined the need to enhance the efforts to do away with such weapons.”

“Disarmament figures prominently in Alfred Nobel’s will. The Norwegian Nobel Committee has through numerous prizes underlined the need to do away with nuclear weapons.”

“By means of the present award to the OPCW, the Committee is seeking to contribute to the elimination of chemical weapons.”  Alfred Nobel invented dynamite. He was a wealthy armaments maker. He was a war profiteer.   Late in life he reinvented himself. He tried remaking his image. He did so by establishing awards in his name.  They are given annually for “outstanding contributions” in physics, chemistry, literature, physiology or medicine, economics and “peace.”

Almost anyone can be nominated. Hitler, Mussolini, Stalin and GW Bush had their names submitted.

(1) Demilitarization: assuring the destruction of all chemical weapons, precursors, and facilities used to produce them.

(2) Non-Proliferation: ensuring against proliferation of toxic chemicals and their precursors.

(3) Assistance and Protection: Member States able to protect their populations pledge to help others that can’t.

Given the hazards they present, “flexibility” defines how its done. Great care must be taken to avoid doing more harm than good.  As explained above, Nobel Committee members repeated longstanding policy. They passed over worthy nominees. Bradley Manning was bypassed three times.  Edward Snowden’s name was submitted too late for 2013. Separately he was nominated for 2014.

So was Vladimir Putin. Given how Nobel Committee members ignored their own rules, they deserved 2013 consideration.  In nominating Bradley Manning this year, Birgitta Jonsdottir said in part:

“We have the great honour of nominating Private First Class Bradley Manning for the 2013 Nobel Peace Prize.”

“Manning is a soldier in the United States army who stands accused of releasing hundreds of thousands of documents to the whistleblower website WikiLeaks.”

“The leaked documents pointed to a long history of corruption, war crimes, and a lack of respect for the sovereignty of other democratic nations by the United States government in international dealings.”

He endured months of excruciating solitary confinement. He was declared guilty by accusation. He was unfairly tried. He was wrongfully convicted on 20 of 22 charges. He was sentenced to 35 years imprisonment. It’s for doing the right thing. It’s by far the longest ever punishment for leaking sensitive information.  He disclosed what everyone needs to know. He exposed US crimes of war and against humanity.

His nominating letter said in part:

“Edward Snowden has – in a heroic effort at great personal cost – revealed the existence and extent of the surveillance, the US government devotes electronic communications worldwide.”

“By putting light on this monitoring program – conducted in contravention of national laws and international agreements – Edward Snowden has helped to make the world a little bit better and safer.”

“Through his personal efforts, he has also shown that individuals can stand up for fundamental rights and freedoms.”

“(I) is very rare that individual citizens have the insight of their personal responsibility and courage Edward Snowden showed in his revelation of the American surveillance program.”

“For this reason, he is a highly (deserving) candidate.”

Honoring him shows a “willingness to stand up in defense of civil liberties and human rights, even when such a defense (would) be viewed with disfavour by the world’s dominant military power.”

Separately, the Union Populaire Republicaine submitted its own 2014 Snowden/Julian Assange nomination. It did so saying:

They “significantly and peacefully worked in favour of human rights respects, of freedom of information and freedom of communication secrecy at a global level, and that this deed makes them eligible for the Nobel Peace Prize.”

They persist courageously. They do so against long odds. Washington and complicit allies obstruct them. Doing so assures continuing conflict. It denies peace. OPCW’s efforts in Syria won’t change things.

“The United States is in gross and material breach of its solemn obligation to dismantle all chemical weapons by about April 2012 , with no further extensions permitted for any reason.” OPCW “has not said one word in public to denounce the USG for this, but meekly rolled over and played dead.”

Unmentioned was Norway’s NATO involvement. It’s one of 28 North Atlantic Alliance member states. It’s one of its 12 original members. On October 20, 2011, a White House Office of the Press Secretary statement praised Norway for its close US ties. Doing so cited “common heritage, values, ideals and interests.” Defense and security cooperation were stressed.

Norway deplores peace. It contributed to Obama’s imperial war on Libya. It deployed F-16s during early conflict months. It’s involved in Afghanistan. It’s not waging war on Syria so far. It’s no guarantee it won’t be ahead. NATO countries are mandated to support partners’ warmaking efforts if called on.  Article 4 of their charter calls for members to “consult together whenever, in the opinion of any of them, the territorial integrity, political independence, or security of any” is threatened.

Article 5 considers a (real, manufactured or otherwise manipulated) armed attack against one or more members, an assault against all. It calls for collective self-defense.

NATO is very much involved in Obama’s war on Syria. Complicit allies include Britain, France and Turkey. Israel is a Mediterranean Dialogue partner. It struck Syria multiples times before. It did so by air and cross-border ground attacks.  It directly aids insurgent forces. It supplies weapons and medical care for wounded fighters.

http://www.claritypress.com/LendmanII.htmlVisit his blog site at sjlendman.blogspot.com.