The real meaning of D-Day

D-Day is thought of as the day the final victory over fascism began. US history since the end of WWII has proven this to be anything but the case. It is not too late for us to make sure that the victims of that war, both civilian and soldier, did not die in vain. 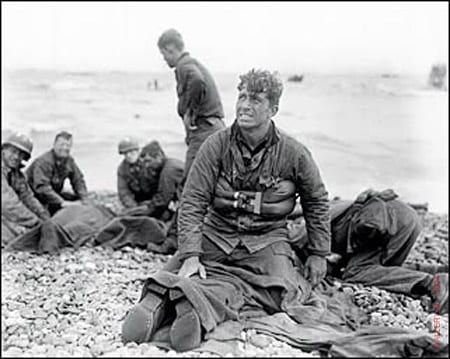 Every June 6th, we honor those who gave their lives on the beaches of Normandy so that freedom would not die. It is only fitting that we put their sacrifice in perspective if we want to avoid condemning another generation to world war, one that could destroy human civilization as we know it. With the expansion of the global corporate Empire that threatens to impose a one-world government of, by and for the Masters of the Universe, that is a very real threat. Iraq, Afghanistan, Libya, Syria and Ukraine are just the tip of the iceberg. Unnoticed by most Americans, the US military footprint is in nearly every country around the world that has yet to submit to the Empire.

The Western world sees WWII as a fight to defeat global fascism. In the victorious Allied nations they are taught that we made the world safe for democracy. That claim rings as hollow as the lie that WWI was the “war to end all war.” All wars are banker’s wars, fought primarily by the children of the poor and the middle class. WWII was the inevitable result of the brutal economic conditions imposed on Germans in the Treaty of Versailles. An oppressed people will always turn to fascism when they have no democratic alternative. When the Germans chose Hitler as Chancellor, they condemned themselves and the rest of the world to a bloody period of struggle for dominance as the fascist government showed the world its full implications.

Fascism was very popular in the US during WWII prior to the entry to the war. Americans have never been taught in school that there was an attempt to stage a military coup against the Roosevelt government by the corporate elite of the time. This plot was revealed openly in Congress by a highly decorated Marine Major General. Congress did not press for the names of the plotters, who were never brought to justice. They almost certainly included Senator Prescott Bush, who profited from dealings with the Nazis even as his son risked his life over the skies of Germany. That son went on to become Director of the CIA, US President and son of the author of the Bush Doctrine of pre-emptive warfare, the very policy that made Hitler synonymous with evil in the eyes of the world. The Bush Doctrine had not been repudiated under a Democratic administration. It has only morphed into the Obama Doctrine of proxy wars fought under the pretext of “humanitarian” intervention and the promotion of “democracy.”

Far from being a war for freedom, WWII was a war for who would become the winner of the global game of Risk that would leave only one power standing. The Anglo-American alliance became a tool to defend capitalism against the threat of the communist alternative, one which had it been allowed to proceed unchallenged by the military power of the Empire could have become a model of democracy and economic justice for the world. The USSR squared off with China and the NATO Empire, only to collapse from the strain of its economic inefficiencies and the need to expend vast resources to defend itself from Western imperialism and the advance of the corporate Empire.

The CIA was created to serve the interests of the war profiteers who sought to colonize the planet, dominating it with the creation of what they still hope will become a permanent fascist New World Order. When Kennedy tried to end the Cold war, the national security state determined that he was a threat to “American interests,” defined as the interests of the international corporate terrorists who dictate US foreign and domestic policies to increase their power and wealth. As such, he became a target for elimination. With the murder of JFK, RFK, MLK and Malcolm X, America lost its way. The Vietnam war continued until the political costs outweighed the political benefits and the movement they helped build largely ended, its task of securing human freedom unfinished.

Let the gruesome images of the bodies littered on the beaches of Normandy serve as a graphic reminder that allowing injustice anywhere is a threat to justice everywhere. As such, it is the the sine qua non that enables all wars. If we want to honor the millions who died in the war to defeat fascism, we will join together in a united international front against fascism and war. It is the only hope for us to prevent our children from becoming the tokens in the global game of Monopoly, a zero-sum game where the winner can only succeed at the expense not only of the vanquished, but those who are forced to fight war for corporate Empire.

This article was originally published on the website of Soldiers For Peace International. It may be reproduced unedited and with attribution without prior permission of the author.

ABOUT THE AUTHOR (In his own words) 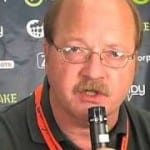 I am a former Army and VA psychiatrist who ran for the US Senate in 2010 on a campaign based on a pledge to introduce a constitutional amendment to abolish corporate personhood. Now that the general public is beginning to understand the importance of the issue, I am devoting much of my time to get political activists to understand that the only way to reach their goals is to establish representative democracy in the US. This will require a constitutional amendment banning corporate campaign expenditures and limiting amounts rich individuals can spend to influence elections. I am convinced that the only way to do this is to make support for such an amendment a campaign issue. That way, we can easily see who wants to get in Congress to represent We the People and who want to serve our interests over those of corporations who currently control the US government. I believe that it is possible to end war if we can prove that democracy is possible. Unless we can awaken enough Americans to the fact that their government is pursuing an agenda of corporate imperialism that will enslave them along with the rest of the world if not reclaimed by We the People, we will leave our children with a legacy of pain for which we cannot be forgiven. Ultimately, endless war is a symptom of a disease that will destroy human civilization if not eradicated. There is no “us” vs “them.” Our fates are intertwined. None of us gets out alive. The question is, how will we have lived?

US Spy Operation That Manipulates Social...

UKRAINE: BEING GROUND DOWN DAILY BETWEEN...