|
Who are the Real Barbarians? 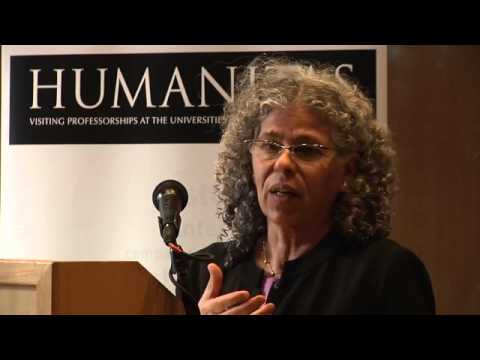 [I]t goes without saying that very little space has been available in the media, whether Arabic or international, for Iraqi voices that challenge the dominant rhetoric about the situation in Iraq.

Under the dark shadow of US “War on Terror”, the crimes and massacres of 11 years of Iraq invasion, occupation, the killing of hundreds of thousands of  Iraqis  and the daily oppression carried out by a sectarian kleptomaniac regime, have been covered up, not just by a garb of democracy but also by the media’s silence coined  the “Iraq fatigue”, only to be looked at, in the last few weeks, to be reduced yet to a fight against terrorist organisation called Islamic State of Iraq and Syria ( ISIS),  supported by ( take your pick) either one or all the following countries, no matter how bizarre the notion is: Saudi Arabia, Qatar , and Israel  not forgetting Turkey .    Once again, as in 2003 feverish drumming up for war, desperate Iraqis who are trying to defend themselves against a ruthless regime that uses the pretext of combating terrorism as a ploy to silence critical voices have been sidelined, not to be heard and not to be seen. In the Arab countries, joining the choir of exaggerating the role of ISIS in Iraq and elsewhere became the bleach to clean the bloody hands of those responsible of invading, occupying and laying the fertile ground for endless acts of terrorism including state terrorism.

Today, Thousands of Iraqis are fleeing their homes. So far this year, an estimated 1.2 million Iraqis have been displaced by fighting, including from Anbar, and Ninewa, west and Northern governorates. Carrying out airstrikes in Mosul  and Tikrit as well as extrajudicial executions of detainees by the regime’s  forces and  militias in Tal ‘Afar, Mosul and Ba’quba in northern Iraq have raised fears of a large scale vengeful attacks leading to a large  scale humanitarian crisis.

Meanwhile, an international competition is on the way between US, Russia and Iran to supply the regime with weapons.  Russia has already sent five Sukhoi fighter jets, the first of 25 warplanes expected to be delivered soon,  the US has sent Special Forces, Apache attack helicopters and drones as part of the top up in U.S. military presence, and the fact that Iraq has been, for many years now, a battlefield to settle scores on nuclear programme between US and Iran will only lead to an endless bloodshed reaching far beyond the region where the politically correct whispers about the Maliki’s  regime  “violations of human rights” in annual governments’ reports, are seen as adding salt to injuries.

In this hysterical atmosphere of supplying arms while tainting everything happening in Iraq by ISIS, which is by no mean comparable to the nearly 1 million strong army and security forces, and especially to the Special Forces (inherited from the occupation, trained by the US and now attached directly to Maliki’s office), it is worth remembering how the current eruption of fighting begun.

It begun with a few hundred people demonstrating in both Anbar and Nineveh, in December 2012, at the news of rape of women detainees at the hands of the Iraqi security forces under Maliki’s command as Commander in Chief. Within few days the protests morphed into a genuine mass movement and a vigil which lasted for over a year. The demand for the release of 4500 women detainees, some of whom have been tortured, raped or threatened with rape gained a wide support, igniting a gradual escalation.  Other demands focused on release of prisoners and the repeal of section 4 in the Terrorism Act which allows the arrest of anyone without a warrant and without submitting him/ her to courts and  to abolish or suspend the Justice and Accountability Law which have been used to target political dissidents labelling them Ba’athist. The regime’s response was to brand the demonstrators terrorists (ISIS was not born yet).  A campaign of arrests and assassination of vigil’s leaders was followed and amid world silence 50 demonstrators were massacred in Huweija, north of Iraq.  With every arrest, torture and killing, with every act of humiliation and marginalisation, the prospect of justice diminished thus pushing people to the verge of madness.

To arm the current regime by any country is a crime against Iraqi people. The last 11 years have proved the total failure of US policy in Iraq, and the world is not safer than what it used to be before the invasion. Compare the US list of terrorist organisations acting in Iraq in 2003 with its list now to measure the success of its policy. At the beginning it’s only included Baathists and Saddamists, now it includes: ex Iraqi army officers, 1920 revolution brigade, al Qaida, Islamic State of Iraq , ISIS, Naqshbandi Army, Ansar al-Sunnah, Sunni insurgents, and Sunni tribes together with the military council for the Iraqi revolution. However, militias such as Muqtada al Sadr Mahdi Army, the Islamic Supreme Council of Iraq’s Badr Brigade, and Asaib Ahl al-Haq have been given a clean slate, for the time being, since their leaders are either part of or pro al Maliki’s alliance.

In the last few days, while much of the attention has been focused on ISIS declaring  its restoration of the rule of caliphate in Iraq, various factions taking part in the fight against Maliki’s army , among them The General Military Council for Iraqi Revolutionaries (GMCIR) ,  the Iraqi National army, and council of tribal rebels in Al-Anbar Province, issued statements  emphasising the Iraqiness of the uprising, condemning terrorism, calling out to protect the holy places and not to target them because Al-Maliki’s regime is “ trying to use the protection of holy places as a pretext to target the revolution”. Above all, they reject all kind of interference in Iraqi affairs.

And while A spokesman for the GMCIR, described ISIS as “barbarians“.

The influential Association of Muslim Scholars in Iraq issued a statement dismissing the new Khilafat declaration, describing it as a step against the interest of Iraq and its unity that will be employed as a pretext to divide the country and harming its people.

Listening to these voices while admitting responsibility about the mushrooming of terrorist’s organisations, in a country that had no link to any before the US led occupation, not airstrikes,  is a must if the US and international community are genuinely interested in the stability of the region and the world.

Haifa Zangana is an Iraqi novelist, artist and activist. Her recent books are “Dreaming of Baghdad” and “City of Widows: An Iraqi Woman’s Account of War and Resistance” and co authored “The Torturer in the Mirror” with Ramsey Clark and Thomas Ehrlich Reifer. She has also published three novels and four collections of short stories and many chapters in books on Iraq and the ME. As a painter and writer she participated in the Eighties in various European and American publications and group exhibitions, with one-woman shows in London and Iceland. She is also a contributor to European and Arabic publications such as The Guardian, Red Pepper, Al Ahram weekly and Al Quds (weekly comment). She contributes to academic conferences on women, gender, resistance and war. Haifa is co-founder of Tadhamun: Iraqi Women  Solidarity, founding member of the International Association of Contemporary Iraqi Studies (IACIS) and advisor for UNDP on “Towards the Rise of women in the Arab world”. Currently she is a consultant at ESCWA.