The toxic crisis of Israeli society

A nation consecrated to a dead-end ideology. 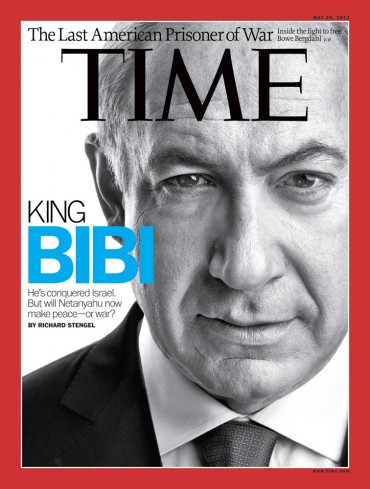 BARRY GREY, wsws.org
[A]s the death toll from the Israeli bombing of Gaza soared above 100, it was reported that the ultranationalist Israeli Jews who kidnapped 16-year-old Muhammad Abu Khdeir in East Jerusalem last week murdered him by pouring gasoline down this throat and setting him on fire.

There is a close connection between the violence being carried out by the Israeli government against the defenseless population in Gaza and the emergence of fascistic elements within Israel capable of such bestial crimes.

These events are symptomatic of an immense social and political crisis within Israel itself. The unending and escalating repression of the Palestinian people requires the mobilization of the most reactionary forces. Israeli society is immensely polarized. Broad sections of Israeli society oppose the brutality against the Palestinians as morally unjustifiable and politically bankrupt, but they find no representation in Israel’s reactionary political establishment. Every year, thousands of Israelis vote with their feet and leave the country.

The ongoing bombardment of Gaza is the latest chapter in a 66-year history of violence against the Palestinian people. Israel was established through the seizure of Palestinian land and the expulsion of its people. While many Jewish people came to Israel to escape the horrific crimes committed against them in fascist Europe during World War II, the tragic outcome of the Zionist project is a state that commits crimes against the Palestinian people recalling many of the methods employed by the Nazis.

Nearly a half-century has passed since the Six Day War of June 1967, in which Israel seized control of the West Bank, East Jerusalem, Gaza, Syria’s Golan Heights and other Arab territories. The Zionist regime has been defined by the unending cycle of war, occupation and repression unleashed by this war. Tens of thousands of Palestinians have been killed. Israel has made permanent the refugee status of millions of Palestinians and subjected generations of people to poverty and repression.

This history has had terrible consequences for the people of the region, both Jewish and Arab.

Israeli leaders boast of being the only “democratic” country in the Middle East. This is a lie. It is a country based on the repression of millions of Palestinians enforced by militarized checkpoints and walls running through the Occupied Territories, and the domination of public life by a handful of multi-billionaire oligarchs and their operatives.

Israel is one of the most unequal societies in the world. Between 1995 and 2011, labor’s share of national income fell more sharply there than in the US. Over the past two decades, Israeli wages have plummeted. The country has 18 billionaires, substantially more per capita (in a population of 7.9 million) than in the US. While poverty has grown, the richest 500 Israelis have tripled their wealth over the past 12 years.

The ruling elite seeks to deflect the immense internal tensions of Israeli society outwards, into repression and war against the Arab masses.

In the summer of 2011, a few months after the outbreak of revolution in Egypt, popular anger over poverty, inequality and cuts to education, housing and health care exploded in mass demonstrations in Israel mobilizing hundreds of thousands of protesters. The following year, the government launched a new war on Gaza, an eight-day air assault that killed over 100 Palestinians.

What future do the policies of the Israeli ruling class offer? Only new and still more brutal wars, in which increasingly violent attempts to break the resistance of the Arab masses would hurl Israel along a path with truly genocidal implications. The consequences would be devastating for Jewish and Arab people alike.

The working class must prevent such an outcome. The only way forward for the Jewish working class is a break with Zionist nationalism. The social aspirations of Israeli workers and youth can find no expression within the various right-wing parties of the Zionist establishment. Nor can they be taken forward through the largely defunct “peace” movements and parties that remain tied to the Zionist and nationalist framework.

The Palestinian workers and oppressed masses are victims of horrific oppression. But they too are victims of a bankrupt political perspective. When the Palestinian movement arose 47 years ago, the Arab bourgeoisie claimed to represent a unified national movement opposed to imperialism. The ensuing decades have thoroughly exposed such claims as lies.

The Palestinians have been repeatedly betrayed by the various Arab bourgeois governments, all of which are tied to imperialism, and by their own bourgeois leaders in the different factions of the Palestine Liberation Movement and its rival Islamist organizations.

The failure of the nationalist perspective is demonstrated once again by the isolation of the Palestinian masses in Gaza. The Hamas-led government in Gaza looks for support to Arab bourgeois regimes that are de facto allies in Israel’s suppression of the Palestinians. The current US client regime in Egypt, headed by the coup leader General Abdel-Fattah al-Sisi, has closed the border with Gaza, leaving the Palestinians trapped under a hail of Israeli bombs.

At the same time, the nationalist perspective that underlies the so-called “two state” policy—a Zionist state alongside a demilitarized and internally disconnected Palestinian mini-state—has proven itself to be bankrupt.

Under conditions where the entire Middle East is erupting and threatening to descend into region-wide war as a result of the incendiary and disastrous policies of US imperialism, the working class and oppressed urgently require a new political perspective.

The real allies of the Palestinian workers and oppressed are the workers of the world, including the United States and Israel. In every part of the world, workers are facing a massive attack on their living standards and democratic rights, alongside the growth of social inequality. They are deeply opposed to the militarism and warmongering of the major powers—whether in Europe against Russia, in Asia against China, or in the Middle East against Syria and Iran—which threatens to unleash a new, nuclear world war.

The only progressive solution to the crisis is one based on the united class struggle of all workers in the region against imperialism, Zionism and the Arab bourgeoisie, based on the fight for socialism. In the place of Zionist and capitalist Israel, a workers’ state must be established uniting all peoples on a democratic and egalitarian basis, as part of the fight for the United Socialist States of the Middle East.

The future depends on the building of new political parties, sections of the International Committee of the Fourth International, to fight for the program of socialist internationalism, the unity of the Arab and Jewish working class, and a common struggle against capitalism and imperialism.

Barry Grey is a senior member of the wsws,org information collective.