Home ABOMINATIONS Obama and the CIA

Obama and the CIA 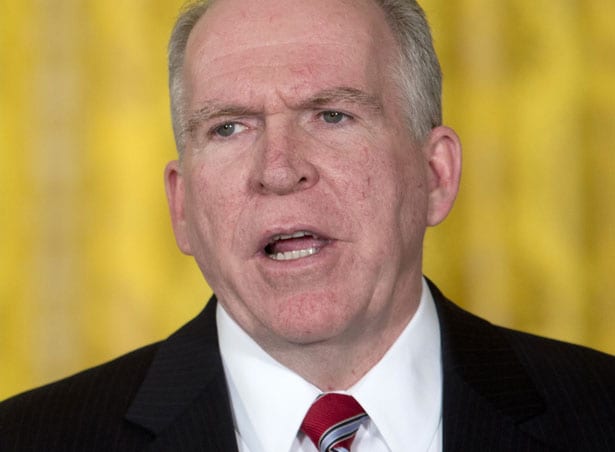 CIA’s Brennan: He perjured himself before the US Congress, but nothing happens. The new normal is that certain officials are above the law.

by MELVIN A. GOODMAN, Counterpunch
.
[T]he political embarrassments for President Barack Obama from the intelligence community, particularly the Central Intelligence Agency and the National Security Agency, continue to mount, but there is no sign whatsoever that the president is interested in reversing the pattern.  The German government’s unprecedented expulsion of the CIA station chief in Berlin because of the unnecessary recruitment of two German national security officials should have been the kind of shot across the bow that would lead to a response from the Obama administration.  The fact that the president had no early warning of these awkward recruitments from CIA director John Brennan and that Brennan’s initial forays with the Germans were so clumsy only added to the embarrassment.

Brennan never should have been appointed CIA director in the first place.  During his campaign for the presidency in 2007-2008, Obama spoke out against the militarization and politicization of the intelligence community, and promised more transparency in the community and an end to intelligence abuses.  Nevertheless, before his election, Obama appointed an intelligence advisory staff that was headed by former associates of George Tenet, whose failed stewardship of the CIA included the phony intelligence that was used to justify the use of force against Iraq.  Tenet’s deputy, John McLaughlin, who supported CIA programs of renditions and detentions and helped to draft the spurious speech of Secretary of State Colin Powell to the UN in the run-up to the war, was part of the advisory group.  It was McLaughlin who delivered the infamous “slam dunk” briefing to President George H.W. Bush in January 2003.

Now, Attorney General Eric Holder, doing the bidding of his president, has blocked any investigation of the CIA’s obvious criminal behavior in removing sensitive documents from a computer used by the Senate intelligence committee to conduct legitimate oversight of CIA’s detention and interrogations policies.  The report of the intelligence committee documents the torture and abuse conducted by CIA staffers and contractors.  President Obama opposed these practices as a presidential candidate and has stated that he wants to make the committee’s 6,200-page report available to the public, but once again he has done nothing to make the report available.

President Obama needs to be reminded that President Harry S. Truman, who created the CIA in 1947 and the NSA in 1952, wrote a memorandum to himself and an Op-Ed for the Washington Post in December 1963 expressing his opposition to the emergence of the CIA as a “Cloak & Dagger Outfit.”  Truman emphasized that he never intended for the CIA to “initiate policy or to act as a spy organization,” but wanted an intelligence community that would keep the “President informed on what was going on in the world at large.”  He was particularly appalled with the introduction of covert actions in the Eisenhower and Kennedy administrations.  The CIA, moreover, is failing to provide the preemptory intelligence that Truman was seeking, failing in recent years to anticipate the Arab Spring in 2010-2011, the Islamist invasion of Iraq, and the Russian seizure of the Crimea.

The German Finance Minister offered the most apt description of CIA clandestine behavior in Germany, calling it “stupid.”  After all, the CIA was paying to collect information that would be available to any good Foreign Service Officer serving in Berlin.  “With so much stupidity, you can only weep,” said the Finance Minister.  “And that is why the chancellor (Angela Merkel) is not amused.”

There is little that President Obama can do about the intransigence of Israel, the sectarian fighting in Iraq, or the backwardness of Afghanistan.  But with a stroke of a pen, he could force the resignation of CIA director Brennan, appoint better leaders throughout the intelligence community, and demand the release of the Senate intelligence committee’s executive summary that documents the brutality of CIA’s interrogation techniques and exposes CIA lies to the White House, the Congress, and the American people about the so-called benefits of its renditions and detentions policies.  If the president wanted to roll back the misdeeds of the Bush administration, restore the rule of law at the CIA, and create the change that is needed, he must stop relying on senior officials such as John Brennan who endorsed the shameful acts of the past.

Melvin A. Goodman (and Carolyn McGiffert Ekedahl) are the co-authors of “The Wars of Eduard Shevardnadze” (The Pennsylvania State University Press, 1997).  Goodman is also the author of National Insecurity: The Cost of American Militarism (City Lights Publishers, 2013).

“Dawn of the Planet of the Apes” Defames Bonobos