An open letter to the Polish ambassador to the United States, Ambassador Ryszard Schnepf

How do ya like them spiritually rotten Polish apples? 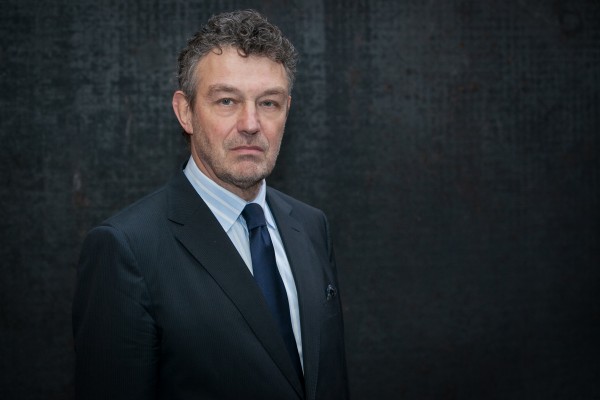 Dear Ambassador Schnepf,
[T]hank you for your recent video which promoted Polish “Freedom Apples” (1-4), available now because Russia has banned the importation of Polish apples as part of its sanctions against agricultural products from the EU.
I would like to suggest that your rename these newly available apples “Orwellian Apples”, and put a little sticker on each apple which says:  “Orwellian Doublespeak Apples from Poland”.

“Freedom Apples” — reminiscent of Orwellian “Freedom Fries” in the runup to the 2003 Iraq war based on non-existant Iraqi weapons of mass destruction.  As Tina Fey said, “In a related story, in France, American Cheese is now referred to as Idiot Cheese.” (5,6)

“War is Peace, Freedom is Slavery, Ignorance is Strength”.  And in the best tradition of Orwellian Doublespeak, your “Freedom Apples” are really “Fascist Apples”.

Apples are known to have salutary effects —- an apple a day can indeed keep the doctor away.  Unfortunately, there is no evidence that a Polish apple a day can keep the fascists away…
To the Doublespeak list, we could add “Lies are Truth”, recently exemplified by the lies of western and European governments (including your own) about the circumstances surrounding the civil war in Ukraine. (7-24)

How ironic that the EU, including Poland’s government is supporting the reemergence of fascism and Naziism in Europe, so soon after this scourge was eliminated, with the heavy lifting done in World War II by Russia — Russian loses in World War II were on the order of 30 million.  Your thanks is to demonize and hate Russia. (25,26)

How ironic that Poland should now align itself with the fascist and neo-Nazi Ukrainian parties who are direct descendants of the fascist Ukrainian parties allied with the German SS, massacring tens of thousands of Poles and Jews during World War II in Poland. (27-31)
How ironic that you should characterize as “free” a Ukraine whose government is an illegitimate junta infiltrated by and arguably dominated by fascists and neo-Nazis who overtly display Nazi symbols and espouse Nazi rhetoric, demonizing Russian-speaking Ukrainians as “Untermenschen”.  Even the mainstream media is slowly, grudgingly beginning to wake up to the massive, incontrovertible evidence, now belatedly revealing just the tip of the iceberg. (32)  Please review who holds top positions in the Kiev junta. (33)
How pathetic that Poland should be the subservient lapdog of the United States, which bears proximate responsibility for the civil war, death and destruction in Ukraine, engineering the coup in Ukraine to spread chaos in the service of empire, in the service of geopolitical and economic hegemony, the antithesis of spreading freedom and democracy, which is the standard fig leaf that the US repeatedly employs for its recidivist behavior. (34)
Despite the massive Orwellian doublespeak propaganda of the US and EU governments and their media vassals, it is Russia who has assiduously respected self-determination in Crimea and exercised extraordinary restraint, even as the Kiev junta sends fascist and neo-Nazi troops to southeastern Ukraine to massacre Russian-speaking civilians and destroy civilian infrastructure with heavy weapons. (35)  Southeastern Ukrainians are clearly not so much “pro-Russian” as they are antifascist;  they would probably have been reasonably happy as part of a federalized Ukraine, but were systematically excluded from representation by the Kiev junta, who demonizes them as “Moskals”, “Colorado Beetles” and “Untermenschen”.
In contrast to the degeneracy of the junta’s forces, a heroic antifascist militia has stood up in southeastern Ukraine to fight for their families, land and homes, at great cost and at great odds.
In the face of horrific ethnic cleansing of Russian-speaking Ukrainians near its western border, Russia has not responded aggressively, but with careful diplomacy which puts the puerile kindergarten diplomacy of the US and EU to shame, not reacting to the numerous provocations of the US, NATO and Ukraine, not taking the bait and intervening militarily (much to the frustration of the US and NATO).
Of course, Poland as a member of NATO, and the Polish government is clearly on the wrong side of history, supporting the rise of fascism and Naziism in Europe.  I will reserve judgment about the Polish people.  Perhaps the Polish people will ultimately expel a government that sympathizes with and supports fascists and neo-Nazis.  Until that happens, I will not be taking a planned trip to Poland related to my love of Chopin’s music.  And I certainly won’t be buying or eating any Polish apples.
ALL of the apple growing regions in the US are doing very well this season. (36)  And  Washington state, one of the major US apple producers will have 600,000 extra boxes this season because of the Russian sanctions!  So, to borrow from a famous American movie, The Treasure of the Sierra Madre, “We don’t need no stinking, spiritually rotten Polish apples”.  I love good apples, and literally I have eaten them daily for many years — I’m looking forward to a plentiful supply this year, no Polish input needed or wanted.
Here are some suggestions about what you can do with Polish apples.  Of course, the honorable and moral course would be for the Polish government to buy all the excess from Polish farmers at full market price and donate them, free of charge, as a token of remorse and good will, to the hundreds of thousands of refugees — many hundreds of thousands of people impoverished, displaced and profoundly damaged by the war crimes which your government has supported.  But since sociopaths are incapable of remorse, I know that the current Polish government, which you represent, will not take this course.  And I suspect the Polish government would rather see them rot than to give them to “Untermenschen” or “Moskals”.   So much for good will…  But before they all rot, you could send a box to your Polish American friend, the father of the Taliban and al-Qaeda (37) and a major architect of the fascist/neo-Nazi coup and civil war in Ukraine, Zbigniew Brzezinski, as a token of the Polish government’s appreciation.  I’m sure he will love Orwellian Doublespeak apples from Poland. Apples and cheese go great together — I prefer a crisp Washington state apple with French brie.  You and Brzezinski get the Polish Fascist Apples and American Idiot Cheese.  Even the best Fascist Polish Apples are Bad Apples, but even so, are quite suitable for target practice by aspiring William Tells.  Unfortunately, the number of fascists alive in the world today probably exceeds even a bumper crop of Fascist Polish Apples.
Only one thing confuses me, Ambassador.  I understand that you are an admirer of Polish World War II anti-Nazi resistance fighter, Jan Karski. (38)  How does this fit with your current support of a junta in Kiev whose core identity is undeniably not just fascist and not just neo-Nazi, but traces a DIRECT LINEAGE to World War II Nazis?
Based on the references cited, I suspect that the answer to my question is:  right wing Poles are willing to accomodate fascists and Nazis in the service of their hostility toward and hatred of Russia.  I think Jan Karski would be ashamed of you and the Polish government.
Inna Kukurudza (35), presente!
About the author
Daniel Wirt is a physician.  In the advanced stage of capitalism in which we live, destruction of the biosphere and human extinction are imminent, and humans are afflicted with an epidemic plague of fascism, including the many “glad tidings of liberal fascism” (Norman Pollack).  Inna Kukurudza, presente!
__________________________________________

Some articles by Daniel Wirt

So Darren Wilson has a clean record?