Black Folks are Going Nowhere Until We Discard the Misleadership Class

“They are the perfect – and well-trained – junior partners to the racist regime’s counter-insurgency hammer.” 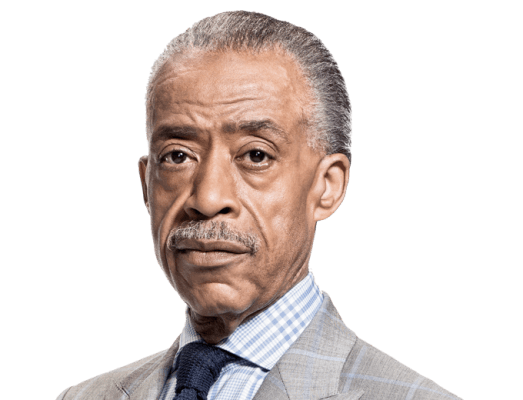 [T]hey emerged like mosquitoes after a rain: the accommodators, self-servers and Democratic Party agents of corporate power, performing their time-honored ritual to deflate and divert Black passions in the wake of events in Ferguson, Missouri. They are the Black “first responders” who leap into action whenever the white supremacist corporate order – and their own places in it – is endangered by outbreaks of unruliness at the grassroots. For four decades they have stood guard against the threat of “street” rebellion, projecting corporate “soft power” into every nook and cranny of Black America. They are the perfect – and well-trained – junior partners to the racist regime’s counter-insurgency hammer: the world’s most formidable police and prison system.

It is a symbiotic relationship, born of the shameful history of Black accommodation. When the post Civil War Black Reconstruction was crushed by force of armsPlaceholder teaserPlaceholder body, Booker T. Washington was commissioned to stamp out internal Black resistance to the Jim Crow order. Booker T. counseled accommodation with apartheid, and enforced a Black politics of non-confrontation (“cast down your buckets where they lay”) through his corporate-financed “Tuskegee Machine,” whose tentacles reached deep into the Black civic, educational and business infrastructure of the time. While claiming to build an economic base for Black “self-help” and independence, Booker T.’s actual source of power lay in his monopoly on white corporate patronage. His status as the penultimate “Negro leader” was ensured through access to powerful white politicians; Washington was the first Black person to sit down at a formal dinner with a U.S. president (although Teddy Roosevelt almost immediately found it necessary to dismiss the meal as an informal happenstance).

“This new-jack class strode over the bodies of the martyrs to forge an updated accommodationism.”

Booker T.’s accommodationism remained a major Black political current until (temporarily) discredited in the Sixties by movements for Black “self-determination” and in opposition to U.S. imperialism. These overlapping movements ranged from Dr. Martin Luther King Jr.’s massive civil disobedience campaigns – to which all of today’s Black misleaders, and even white Republicans, give lip service – to Malcolm X’s revolutionary nationalism and its offspring, the armed self-defense stance of the Black Panther Party. The State response was murderous; a thoroughgoing purge of militant organizations.

However,Placeholder teaserPlaceholder body by 1965, the narrowly defined civil rights agenda had brought an end to official apartheid, creating the conditions for the rise of a new and greatly enlarged class of aspiring Black politicians and corporate operatives. This new-jack class strode over the bodies of the martyrs to forge an updated accommodationism – which it marketed to the masses as a more sophisticated version of “Black Power.” Virtually all were absorbed into the Democratic Party, which became the effective headquarters and parade ground for what passed for Black politics as the 1970s wore on. The new class was either oblivious to, or actively collaborated with, the imposition of what Michelle Alexander calls the New Jim Crow, the rapidly emerging mass Black Incarceration State. Certainly, the statistical record proves that the Black-dominated governments of the newly “chocolate” cities faithfully implemented the directives of the ferocious police state order, consistently filling the prison industrial complex’s intake valve with Black prisoners from the lower classes. In the 80s, a majority of the Congressional Black Caucus endorsed the blatantly racist 100-to-1 crack cocaine law, condemning literally millions of fellow Blacks to years of social death in prison. Fixated on their upward class mobility, the so-called “mainstream” civil rights organizations and most of the preaching profession (especially its “prosperity” hustlers) behaved as if they were more embarrassed than outraged at the relentless expansion of the Black Gulag.

“The new class was either oblivious to, or actively collaborated with, the imposition of what Michelle Alexander calls the New Jim Crow, the rapidly emerging mass Black Incarceration State.”

Under the inexorable pressures of the Mass Black Incarceration State, Black America descended ever deeper into “Constitution-free” zones that soon became the defining characteristic of Black life. It is not enough to say that this catastrophe occurred on the Black misleaders’ watch; they have been actively complicit in the crime.

It is a crime far more nefarious than Booker T. Washington’s accommodation with white supremacy at the turn of the 20th century. His was a response to the terror unleashed on Blacks of all classes in the crushing of Reconstruction – a collaboration under the most extreme duress. The current Black Misleadership Class voluntarily joined the enemy camp – calling it “progress” – as soon as the constraints of official apartheid were lifted. They exploited the political and business opportunities made possible by a people’s mass movement in order to advance their own selfish agendas and, in the process, made a pact with Power to assist in the debasement and incarceration of millions of their brothers and sisters. In the case of Black elected officials, their culpability is direct and hands-on. The professional “interlocutors” between African Americans and Power, from the local butt-kissing preacher to marquis power-brokers like Al Sharpton, serve as the Mass Black Incarceration State’s firemen, rushing to tamp down emotions in places like Ferguson and prevent Blacks from attempting to “occupy” their own communities through genuine civil disobedience or other means.

No commentary on the corruption of the Black Misleadership Class is complete without a nod to Al Sharpton, who has artfully incorporated the roles of snitch and Black-leader-for-hire. A recent article in Politico credits Rev. Al with having “established himself as a de facto contact and conduit for a jittery White House seeking to negotiate a middle ground between meddling and disengagement…. The Ferguson crisis has underscored Sharpton’s role as the national black leader Obama leans on most.”

Translation: Sharpton advises the president who has shipped the most military weapons to local police departments on how best to snow Blacks in Ferguson while avoiding alienating whites. He keeps the president aware of what various Black actors and organizations might be up to that might embarrass the White House. Sharpton gathers and transmits political intelligence to the highest levels of the U.S. government – that is, to the Mass Black Incarceration State. Is Rev. Al just a snitch of the highest (or lowest) order, or Black America’s most brazenly public traitor?

“Al Sharpton has artfully incorporated the roles of snitch and Black-leader-for-hire.”

Sharpton has plenty of company. The professional pacifiers that descended on Ferguson – as they do with every potential Black flashpoint – were keen to ensure that the demonstrations avoided clashes with police, and denounced those “elements” that dared confront the militarized cops. The misleaders have been at this game for so long, people have forgotten that the purpose of civil disobedience is to create “a crisis and foster such a tension that a community which has constantly refused to negotiate is forced to confront the issue,” in Dr. Martin Luther King’s words. The professional pacifiers mission is to “defuse” tensions – the exact opposite of Dr. King’s practice – and to isolate, marginalize and, if necessary, assist in the incarceration of those who persist in confrontation.

In the final analysis, the job of the Black Misleadership Class is to maintain the status quo: white supremacy and the rule of money. Their perfidy is by now obvious to a large segment of the brothers and sisters “on the street,” but their “leader” status is buttressed by or, in the case of media personalities, wholly dependent on their ties to corporate power. As political assets of the actual ruling class, the misleaders can be devalued through concerted, widespread, loud and unremitting Black public rejection of their presence and opinions in every possible forum. Otherwise, they will attempt to smother every grassroots rebellion against the Mass Black Incarceration State – as they have for the past four decades.