Home ABOMINATIONS A Joke In November

A Joke In November 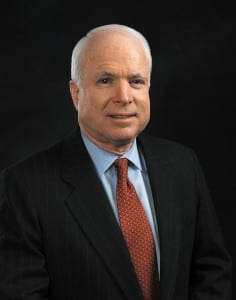 [dropcap]O[/dropcap]n the way home from his successful fund-raising meeting, a powerful US Senator, drives his car into a tree and dies. His soul arrives at the Pearly Gates, and is met by St. Peter. “Welcome to heaven,” says St. Peter. “Before you settle in, we have a special protocol for a person of your stature, to make sure that you are given appropriate accommodations.“

“No problem, says the Senator. “Just let me in and we’ll work it out.”

“Actually,” St. Pete says, “our process requires that you spend one day in hell and one in heaven. Then you can choose where to spend eternity.”

“Not necessary. No need to waste my time. I’ve made up my mind. I want to be in heaven,” says the Senator.

“I’m sorry, but those are our rules, and there can be no exception,” says St. Peter, who escorts the Senator to the elevator and hits the “Down” button.

The Senator gets anxious as the elevator wooshes waaaay dooooown.

The elevator stops abruptly, the doors open, and the Senator steps out into the middle of a lush resort. The sun is shining, there’s a beautiful beach, tennis courts, golf courses, yoga studios. At the main lounge, he finds all of his old friend and colleagues who greet him enthusiastically—everyone as healthy and charming as the day he met them. Also present is the devil, who turns out to be a very friendly guy, and who welcomes the Senator warmly. The Senator passes the day with the lot of them, frolicking in the sun and surf, and in the evening he joins his companions in a gourmet dinner, followed by drinks and dancing.

Before he realizes it, the day has passed, and he finds himself in the elevator, going up, up, up. When it stops, the door opens, and St. Peter greets him, saying: “Now it’s time to visit heaven.” So the Senator passes the next 24 hours with a small group of contented souls, going from cloud to cloud, playing the harp and singing his favorite Beatles’ songs.

He has a good enough time, which passes quickly, and before he realizes it, another day has gone by, and St. Peter returns.

“Well, then, Senator you’ve now spent a day in hell and another in heaven. Choose your eternity.”

The Senator thinks for a minute, then answers: “Well, I never thought I would say this, but, although heaven has been delightful, I think I would rather be in hell.”

So St. Peter puts him in the elevator and he goes back down to hell.

Now, when the elevator opens, the Senator is in the middle of a barren land covered with waste and garbage, reeking of the foulest odors. He sees all his friends, covered in shredded rags, scrounging in the muck for offal. The devil himself comes over to him, puts his arm around his shoulders, and says: “Welcome to eternity.”

“I don’t understand,” stammers the Senator. “Yesterday I was here and there was a beautiful beach, and beautiful people, and great food, and fun and dancing. Now there’s just a horrid wasteland full of miserable, tortured souls. What happened?”

The devil smiles at him and says: “Yesterday we were campaigning.  Today, you voted.”

THE PROBLEM WITH RUSSIA’S CONTINUED PRESENCE IN EURASIA