The Saker’s Latest Dispatches on the Russia & Ukraine fronts

Confusion about AngloZionist sanctions against Russia 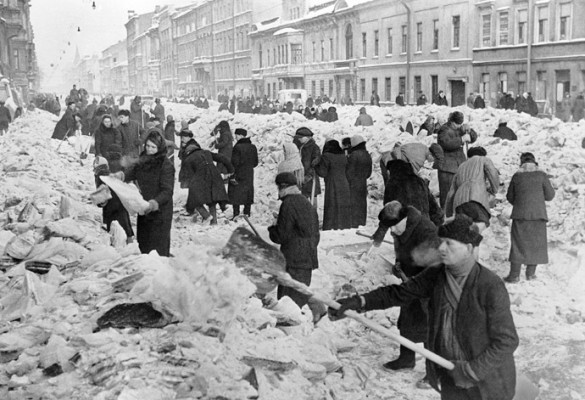 Leningrad under siege: The degree of hardship endured in those 900 days is unimaginable by Westerners.

[dropcap]There seems to be[/dropcap] a lot of confusion about the effectiveness of sanctions against Russia and I think that this is a good time to clarify a few things about my take on them.

First, the original sanctions were a total joke.  However, the latest sanctions (including the denial of credit) are definitely hurting Russia.

Second, next to the official sanctions, there are unofficial ones, such as the carefully orchestrated drop in the prices of oil which itself triggers a fall in the value of the Ruble against the Dollar and the Euro.

Third, there is also a great deal of speculation against the Ruble which itself does also contribute to the problem.

Fourth and last, but not least, the three factors above contribute to a nervousness and lack of trust into the Russian currency and economy which becomes a self-fulfilling prophecy.

However, the thing which those who stick to a simplistic assessment of the sanctions are missing are the following:

I would argue that these sanctions are much more damaging to the the US European colonies (known as the “EU”) than for Russia.  I would argue that the Russian people have a formidable resistance to hardship and that western societies are, in comparison, soft, hedonistic, lazy, spoiled and generally weak.  Russians have a staying power which is simply unimaginable for a west European person (the horrible siege of Leningrad lasted 900 days!!!).  Lastly, I believe that time will allow Russia to take adaptive measures to basically render these sanctions irrelevant. 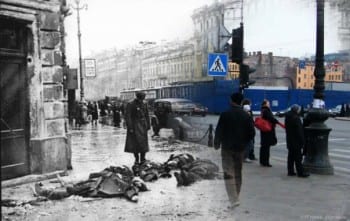 Furthermore, the Russian staying power under AngloZionist sanctions needs to be compared with the staying power of the Ukrainian Nazi junta to keep control of the situation.  It is one thing to put up with hardship and quite another to sit on a sinking ship.

Still, all of the above is predicated on the notion that Russia under Putin will finally address some of her most debilitating internal structural problems.  Should that not happen, Russia will end up in the situation of an immune-suppressed person who is a serious risk even from a comparatively weak and normally benign virus or bacteria.

In conclusion, and just for your information, there are some interesting ideas floating around about what Russia might be doing.  Check out this one for example: http://futurefastforward.com/images/stories/financial/GrandmasterPutinG%C3%87%C3%96sGoldenTrap.pdf.

I hope that this clarifies that.

US flag proudly flies over the SBU building in Kiev

[dropcap]W[/dropcap]ell, we all knew that the last floor of the SBU (the Ukrainian terror police) building in Kiev was fully occupied by US CIA agents and that no Ukrainians have access to it.  But this is even better.  Apparently, the US decided to fly its flag on the building’s main entrance, just next to the Ukrainian one.  See for yourself: 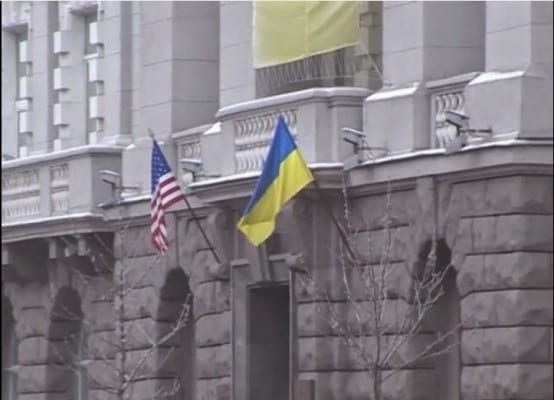 There is also a video showing the same scene: http://youtu.be/UffhTyUcUwc

The SBU, by the way, is an amazing organization.  In its entire 23 year long history it never caught a single foreign spy (except fake Russian ones, of course). The Russians even made a hilarious video about a SBU “capture” of a FSB agent:

But, seriously now.  Not a single American, or German or Brit.  Not *one*.   In comparison, just in one year (2011) the Russian FSB officially caught 41 foreign spies and 158 Russian citizens who spied for foreign intelligence agencies.  Assuming that 2011 was a ‘normal’ year, that would be roughly the equivalent of catching 943 foreign spies and 3643 Russian traitors for a 23 year long period.  The SBU caught *zero*.  This is why I call it “terror police” and not “security agency”.

But they did kill *a lot* of people, including politicians, journalists and activists.  They are also pros in various torture techniques.

And now the US flag flies over that building.

The entire US intelligence community can be very proud of this.

THERE’S A COLOSSAL INFORMATION WAR GOING ON, AND THE FATE OF THE WORLD LITERALLY HANGS ON THE OUTCOME.

THEIR LIES.
THEIR CONSTANT PROPAGANDA.
OUR TRUTH.
HUGE ISSUES ARE BEING DECIDED: Nuclear war, whether we’ll live in democracy or tyranny, dignity or destitution, planetary salvation or doom…It’s a battle of communications we can’t afford to lose.

If you took the time to read this article, and found it worth SHARING, then why not sign up with our special bulletin to be included in our future distributions? And please tell others about The Greanville Post. Share our posts. If you don’t, how can we ever neutralize the power of the corporate media?

YOUR SUBSCRIPTIONS (SIGNUPS TO THE GREANVILLE POST BULLETIN) ARE COMPLETELY FREE, ALWAYS. AND WE DO NOT SELL OR RENT OUR EMAIL ADDRESS DATABASES—EVER. That’s a guarantee.