The Suicide of Capitalism 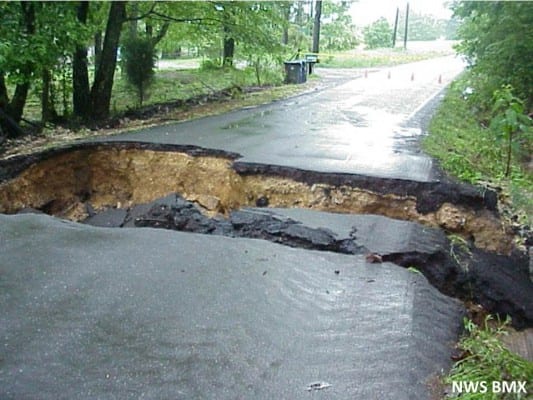 Floods caused by climate change can cause huge natural disasters, such as fierce floods. (NOAA.gov)

[dropcap]”Suicide”[/dropcap] means, literally, killing oneself. Most often, suicide is voluntary. However, by definition, it can be involuntary as well, as in accidentally killing oneself while cleaning a loaded handgun (which apparently people do from time-to-time). Capitalism, the world’s dominant socio-economic system, is in the process of killing itself. Like the cleaner of a loaded hand-gun, capitalism thinks that there is absolutely nothing to worry about, that whatever it’s doing will result in no harmful outcomes, and that anyone who tells it not to do such a thing is a hoaxer of the worst order. Inadvertently killing oneself with a loaded handgun is bad enough. What capitalism is doing of course is far worse. Not only will it kill itself as a system, but it will likely take our species along with many others right along with it.

Most readers of these pages are familiar with the mountain of data dealing with global warming/climate change and its increasingly negative projected outcomes. As the cited article by Justin Gillis says: “Failure to reduce emissions, the group of scientists and other experts found, could threaten society with food shortages, refugee crises, the flooding of major cities and entire island nations, mass extinction of plants and animals, and a climate so drastically altered it might become dangerous for people to work or play outside during the hottest times of the year.” 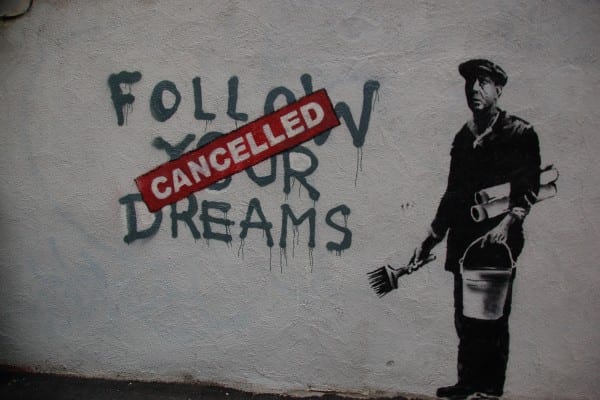 Currently, 2100 has been cited as the “tipping point” year, if no major policy changes in terms of carbon (to say nothing of methane) emissions are undertaken. However, a recent projection by the organization Green Physicists moves the “tipping point” year up to 2050. By then they estimate that: atmospheric carbon dioxide levels will have risen to twice the pre-industrial level; the global average surface temperature of our planet will have increased 2.5 degrees Centigrade [the current projected “tipping point” for irreversible catastrophe is 2.6 Deg. C.]; the temperature rise in the Arctic has been about twice that of the global mean, so that the permafrost has been melting rapidly, with the release of enormous quantities of methane (which adds to the global warming effect of CO2); the Greenland ice sheet will be virtually gone, with a likely resulting sea level rise of more (39″); and so on and so forth.

As Naomi Klein has recently documented very well, capitalism is the ultimate cause of global warming/climate change. But why refer to the projected outcome as “suicide?” Karl Marx described capitalism as sowing the seeds of its own destruction. By this he meant that capitalism, dependent upon masses of workers to produce the surplus value upon which capitalist growth depends, will necessarily produce class-consciousness among the workers. They then will eventually organize themselves to seize the means of production and turn its power to the benefit of all. But that’s not suicide. That is revolutionary disappearance, at the hands of the working classes. What is happening now is rather different. 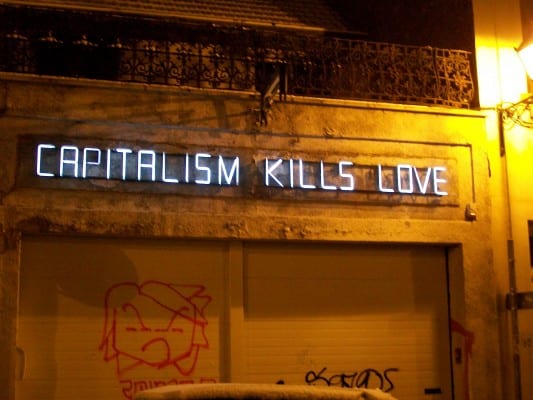 By its very nature, operating to the greatest degree possible with no thought to anything other than the accumulation of profit, capitalism is leading to this possible outcome. When the critical resources are gone, or at least the supply is reduced to such an extent that their cost makes making profit from their exploitation increasingly difficult, capitalism will die, even without workers’ revolution. Indeed, by its very nature of focusing exclusively on profit-making, it will eventually kill itself, as well as taking many humans and many other species along with it. According to a recent report in Nature, 41 percent of amphibians, 26 percent of mammals and 13% of birds are threatened with extinction, if nothing is done about global warming (and do notice the source of that story. Yes, the Catholic Church is changing, before our very eyes.) But the point here is that even without global warming, with no controls on the utilization of natural resources other than fossil fuels, capitalism is essentially killing itself. 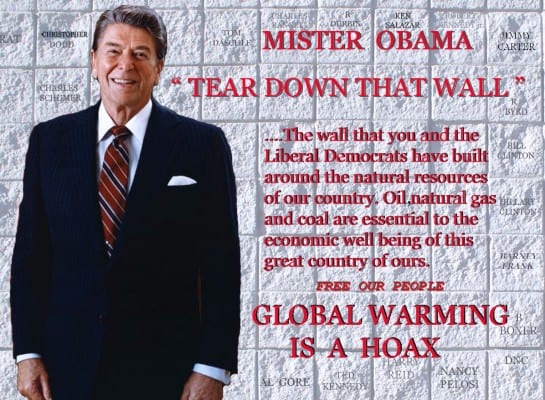 This poster sums up the viewpoint of millions of brainwashed people around the world, especially in the US, where global warming is still denounced as a hoax to “destroy US industries.” The alarm about climate change is seen as a nefarious maneuver by evil liberals to weaken America. The sheer idiocy of the fanatical free-marketers’ position is almost impossible to fathom. The poster also wrongly assumes that Obama is not a tool of the corporate state. (Via Gene Tew, flickr)

And so, what is to be done? There is of course hope. While it may be too late to slow carbon emissions down enough to prevent reaching the “tipping point,” as some scientists (quoted above) think, it may very well be possible to develop a series of environmentally safe methods for capturing carbon and methane, shielding the earth from the increasing heat levels, and so on and so forth. It is definitely possible to institute economic planning on a massive scale to conserve and re-use natural resources that will otherwise run out. But that will require the replacement of capitalism with some form of socialism.

What form that system might take and how we will get there are matters for further consideration. But given historical experience and an analysis of how capitalism has dealt with the socialist experiments that have come along so far (see, e.g., The 75 Years War Against the Soviet Union), we will not get there spontaneously, we will not get there without the formation of a series of leading parties, around the world. If that series of events does not occur, then indeed capitalism will commit involuntary suicide with disastrous results for ours and many other species. It will indeed vault us into a full-blown “Sixth Extinction.”

Steven Jonas, MD, MPH is a Professor Emeritus of Preventive Medicine at Stony Brook University (NY) and author/co-author/editor/co-editor of over 30 books. In addition to being a columnist for BuzzFlash@Truthout he is the Editorial Director of and a Contributing Author to The Political Junkies for Progressive Democracy (http://thepoliticaljunkies.org/), and a Senior Editor, Politics, for The Greanville Post, (https://www.greanvillepost.com/).  Dr. Jonas’ latest book is The 15% Solution: How the Republican Religious Right Took Control of the U.S., 1981-2022: A futuristic Novel, Brewster, NY, Trepper & Katz Impact Books, Punto Press Publishing, 2013, http://www.puntopress.com/jonas-the-15-solution-hits-main-distribution/, and available on Amazon.

Paul Craig Roberts: The Proof Is In–Terror Plots are a Hoax

2015: HAPPY NEW YEAR? A SCEPTICAL VIEW FROM THE LEFT

Sorry, Steven, but I think your numbers are all wrong. All of them.

There are many tipping points. We’ve already passed quite a few of them.

It’s not clear what “irreversible” means. As long as humans are still alive, there is still some hope that we will end capitalism and introduce sane policies, ending carbon emissions, and implementing some methods for capturing carbon and methane. That’s all still possible. There is even a slight chance that we will be able to bring back some of the species that have already been made extinct, through genetic tinkering in a fashion similar to the “Jurassic Park” fictions; genetic science really is making great advances.

But most people take “irreversible” to mean “with current technologies and the current socioeconomic system.” With that meaning, yes, we’ve already passed the tipping points of irreversibility. We’ve already fallen over the cliff. Feedback loops are causing acceleration; it’s all speeding up. The 6th mass extinction began years ago; 95% of all species are facing near-term extinction. It’s been warmer than this before, but the temperature hasn’t risen this rapidly in hundreds of millions of years, and plants and animals can’t adapt fast enough; they’re going extinct far faster than new species can form. As the ecosystem loses diversity, it grows fragile; at some point it will simply collapse. Some people predict that our own species will be extinct by 2050 (so it’s annoying that the reporters keep talking about how our coastal cities will be underwater by 2100?). It looks to me like we will be experiencing famine within 5 or 10 years; some parts of the world are experiencing it already.

(The writer is a senior contributing editor with The Greanville Post)