Home ABOMINATIONS Another open letter to the Polish ambassador to the United States, Ryszard Schnepf

Another open letter to the Polish ambassador to the United States, Ryszard Schnepf 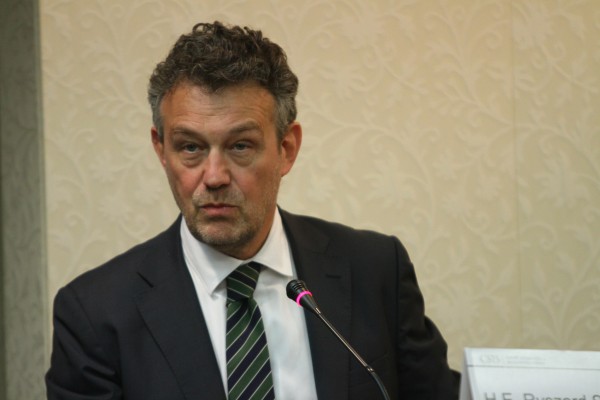 [dropcap]    Unfortunately,[/dropcap] since my last letter to you (1), the situation with Fascist Polish Apples (your “Freedom Apples”) has deteriorated and now constitutes a public health emergency.  As a health care professional, it is my duty to bring this dangerous situation to your attention.  The buildup of Fascist Polish Apples in Europe after Russia banned their importation into Russia now constitutes a grave threat to public health throughout Europe.  The most likely explanation is that Fascist Polish Apples carry a new neurotropic virus which infects those parts of the brain responsible for critical thinking and rational ideation — in particular the brain circuits necessary for historical memory.
.
Now, Fascist Polish Apples must also be categorized as Poison Apples, producing a delusional state — fixed, false beliefs resistant to facts, evidence or rational argument.   In lay terms, eating Fascist Poison Polish Apples make people batshit crazy.  The most basic definition of insanity is being out of touch with reality, and this is what we see in the first reported case of Fascist Poison Polish Apple poisoning:  the Prime Minister of Ukraine, Arseniy Yatsenyuk (nicknamed “Yats” by Victoria “Fuck the EU” Nuland — of the Kaganate of Nulands), eating a Fascist Poison Polish Apple for breakfast and then going onstage with Angela Merkel in Germany and declaring that the Soviet Union invaded Germany and Ukraine in the Second World War — that the Soviet Union was the aggressor and Nazi Germany and Banderastan Ukraine were the countries that were attacked (2).

“All of us still clearly remember the Soviet invasion of Ukraine and Germany,” he told German-state broadcaster ARD. “We need to avoid [a repeat of] it.”

“Nobody has the right to rewrite the results of the Second World War,” he also added. “Russia’s President Putin is trying to do exactly this.”  (3) 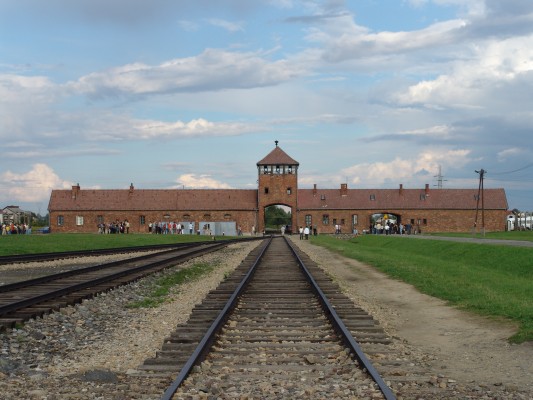 The main gate at the former German Nazi death camp of Auschwitz II (Birkenau). Note that this is inside the camp looking back from the loading ramp to the “Gate of Death”. (Creative Commons CC-BY-SA-2.5)

A second serious case of Fascist Poison Polish Apple poisoning has recently been published:  Poland pointedly refuses to invite Vladimir Putin to the ceremony commemorating the 70th anniversary of the liberation of Auschwitz in Poland.  (4,5)
.
Remember, that Polish holiday spa, Auschwitz, liberated by the Soviet Union?  You don’t remember, Ambassador?  Stop eating those Fascist Poison Polish Apples immediately — you have Stage 4 poisoning — brain death is imminent!
“The absence of a Russian delegation at the event in Auschwitz will be especially noticeable as it was the Soviet Army that liberated the Nazi concentration camp in 1945, saving about 7,500 of its last surviving inmates. Auschwitz is one of the most infamous Nazi death camps where over 1 million people were murdered during WWII. Most victims were Jews, but there were also Poles, Soviet Army soldiers and other people considered dangerous by the Nazi regime.”  (6)
As Joshua Tartakovsky explains, “It appears, however, that over the years the central role played by the Red Army has been forgotten, possibly due to Western efforts to claim most of the credit and deny the role of the former partner. For example, while in 1945, 57% of French respondents saw the USSR as playing the most crucial role in the defeat of Nazism, by 2004, only 20% of French respondents gave the USSR this role. Either way, in our days we have reached a point where Obama and Cameron have claimed that “together we defeated the Nazis” without mentioning Russia, and historical amnesia has reached such a low point that Russia was not even invited to the commemoration of the liberation of Auschwitz, a place where Russians perished and also liberated. The Polish move then, cannot be fully understood apart of a systemic move to minimize the role of the USSR in the defeat of Nazism and even to fail to acknowledge the immense human losses experienced by Russia.”  (7)
What would your stated hero, the Polish anti-Nazi resistance fighter, Jan Karski think of this?  I think he would be deeply ashamed of Poland for supporting the re-emergence of Fascism and Nazism in Europe.
1)  https://www.greanvillepost.com/2014/08/18/an-open-letter-to-the-polish-ambassador-to-the-united-states-ambassador-ryszard-schnepf/
2)  http://youtu.be/W-i–EAfBPw
3)  http://rt.com/op-edge/221459-ukraine-germany-invade-russia/
4)  http://www.thenews.pl/1/10/Artykul/170416,Protest-against-Putin-attending-Auschwitz-liberation-ceremony
5)  http://russia-insider.com/de/2015/01/13/2371
6)  http://rt.com/politics/222155-putin-poland-visit-plans/ 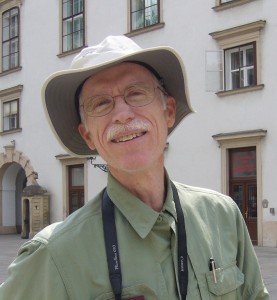 Daniel Wirt is a pathologist practicing near Houston, Texas, who considers the advanced stage of capitalism in which we live to be the ultimate public health issue — the proximate cause of the rapid destruction of the biosphere and epidemic plague of fascism afflicting humans (including the many “glad tidings of liberal fascism”, per Norman Pollack).  He believes that a multipolar world is a necessary prerequisite for the possibility of a more equitable path of descent to human extinction resulting from anthropogenic global warming and biosphere destruction and collapse.  He is a long-time advocate for single-payer healthcare reform in the United States.

Some articles by Daniel Wirt