Prepared by Senior Editor Paul Carline, who also translated from the German. 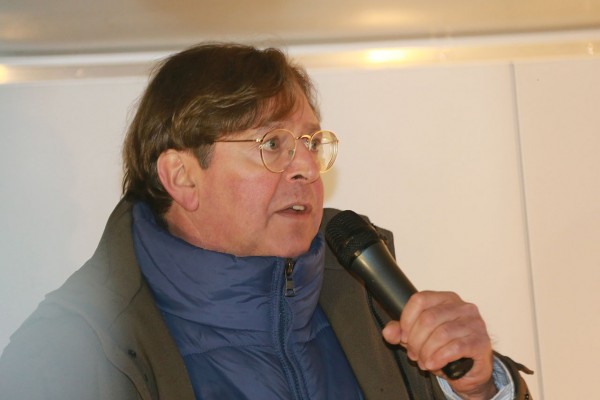 Udo Ulfkotte (born 20 January 1960) is a German journalist. He was formerly an editor for the German main daily newspaper, Frankfurter Allgemeine Zeitung (FAZ).

[dropcap]A[/dropcap]ccording to Udo Ulfkotte, the CIA and German intelligence (BND) bribe journalists in Germany to write pro-NATO propaganda articles, and it is well understood that one may lose their media job if they fail to comply with the pro-Western agenda.[6][7][8] In 2014, Ulfkotte published Bought Journalists (“Gekaufte Journalisten”), in which he reveals that the CIA and other secret services pay money to journalists to report a particular story in a certain light.[9] (Read more) 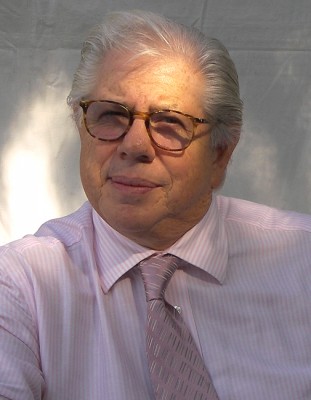 [dropcap]C[/dropcap]arl Bernstein is the American reporter who exposed the Watergate Affair and thus brought about the resignation of US President Nixon. Bernstein is a Pultizer prize winner. He is a “heavyweight” in the field of journalism. After he left the Washington Post in 1977, he spent six months working on a single text: the article on journalists’ cooperation with the CIA. His report was published in Rolling Stone. In that article, Bernstein revealed that around 400 American journalists were actively working with the CIA. The New York Times even had a contract with the CIA under the terms of which journalists could be “loaned” to the CIA at any time. The best-known lead article writers and commentators in the US were thus on the books of the CIA, including publishers and top editors – and also foreign journalists. At the latest since this revelation in 1977 it has been clear that the CIA recruits journalists and leading staff in media companies worldwide or employs them as informants.

What does that mean for us in Germany? One example: the SPD politician Manfred Lahnstein was the Federal Finance Minister in 1982 and from 1983 to 2004 worked for the Bertelsmann media conglomerate, becoming finally a “special representative of the board”. Lahnstein was also a member of the Trilateral Commission. And since the mid-1990s he has been chair of the Board of Trustees of the foundation that owns the newspaper Die Zeit. Lahnstein’s name also surfaces in the estate of the former CIA agent Robert Trumbull Crowley as a CIA informant. Lahnstein is one of 2619 names of apparent/alleged CIA informants. Robert Trumbull Crowley died in a Washington hospital on 8 October 2000. He was the deputy head of operations for the CIA and head of the Clandestine Operations Division. It is possible that the people named in his list were not aware that they were being ‘run’ as CIA informants. In August 2014, I wrote to Manfred Lahnstein at Die Zeit to ask him whether he knew that – like other Germans – he was on the CIA list of informants. And clearly at the time he was responsible for media at Bertelsmann – because the list included his then address in Gütersloh. Lahnstein’s reply to me expressed obvious surprise: “Thanks for the tip. I had no idea”.

I am convinced that Lahnstein was telling the truth. My research revealed that in the past members of the Trilateral Commission appeared almost automatically and without their knowledge on the CIA list of those who were close to US secret services or who actively supported them. Lahnstein could have got onto the CIA list just by being a member of the Trilateral Commission. The message is: stay well away from transatlantic organisations!

It is inexplicable why, despite this, our journalists still continue their membership of such organisations. Because at the latest by 2006 they ought surely to have known what goes on there. In 2006 the TV program Arte broadcast a documentary “Benutzt und gesteuert” [“Used and manipulated”]. The documentary revealed to an astonished public how the CIA was trying to influence the editorial departments of German publishers and TV and radio programmes through camouflaged organisations. It was clear: writers, musicians, the staff of publishers and public radio stations – many of these were being ‘remote-controlled’ from Washington. And magazines – such as the literary magazine Der Monat [The Month] were being co-financed by the CIA. When this became known as a result of an article in the New York Times, Die Zeit simply bought out Der Monat.

All of this was never a secret. It was just that no-one wanted to see it. As early as 1996 the CIA had publicly stated that it was increasing its recruitment of journalists. And where does one find the best contacts? In the many transatlantic organisations – because the CIA is usually represented at their meetings.

Many of those whom I have named in this book will now likely maintain that they did not know what was happening around them. They will claim that they were too stupid, too naive or too incompetent. But it’s all so transparent: the leading people on the transatlantic campaigns are members of the Council on Foreign Relations (CFR). The CFR is intimately connected to the CIA. And the CFR has many offshoots – such as the German Council on Foreign Relations (better known to Germans as the Deutsche Gesellschaft für Auswärtige Politik (DGAP) – whose godfather at its founding was the CFR. Almost all the pro-American lobby organisations are linked through the Transatlantic Policy Network (TPN) – which is a lobby organisation representing European and American big business, media and think-tanks. Its list of member companies includes: Allianz, AT&T, BASF, Bertelsmann AG, Boeing, BP, Caterpillar Inc., Citigroup, Coca-Cola, Daimler AG, Dell, Deutsche Bank, Dow Chemical, Ericsson, Facebook, GE, Hewlett Packard, HSBC, IBM, Nestlé, Oracle, Pfizer International, SAP AG, Siemens AG, S.W.I.F.T., Syngenta and UPS. And then there’s the list of the think-tanks which are also linked with the aforementioned multinationals  under the umbrella of the Transatlantic Policy Network:

AmCham EU (The American Chamber of Commerce to the EU), the Aspen Institute – Berlin, the Aspen Institute – Italy, the Atlantic Council of the United States, the Brookings Institution, BRUEGEL, the Carnegie Endowment for International Peace [!!], the Centre for European Policy Studies (CEPS), the Chamber of Commerce of the United States, Chatham House, the Council on Foreign Relations, the Center for Strategic and International Studies (CSIS), the DGAP, the European Policy Centre (EPC), the European Round Table of Industrialists (ERT), the European-American Business Council, the European Institute, the German Marshall Fund of the United States, the Institut Français des Relations Internationales (IFRI), the TransEuropean Policy Studies Association (TEPSA), UNICE and the US Council on Competitiveness. And finally the “Atlantik-Brücke” and its partner organisation The American Council on Germany, plus the Rockefellers’ Trilateral Commission.

There are prominent politicians in almost all of the above-mentioned organisations. That’s it: the network of big business, media and think-tanks which many journalists in leading media organisations, CEOs, politicians and academics have become entangled. Are they all just in it for fun?

Is it then a conspiracy theory, if I am personally convinced that high-level brainwashing is being carried out by the many individual cells of the Transatlantic Policy Network and the organisations in its periphery? That the point of view of the members and friends of these many lobby organisations, the recipients of their scholarships and the ones who carry out research for them is so cleverly shaped and narrowed until it becomes a perfect medium for the ideas of the multinationals, the secret services and US interests and that their ideas and strategies appear to them as if they were their own? The ideas shaped in this way are then cast out like spawn into countless numbers of publications and other communications media and sold as the products of their own independent thinking.

My Ironic Defense of Brian Williams

As Expected: Wretched US Journalism on Ukraine