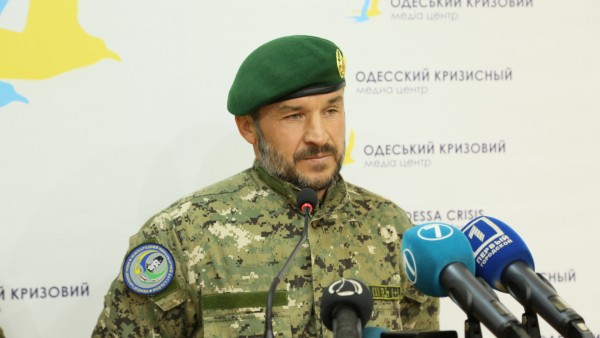 Isa Munaiev, the late Chechen commander’s long shadow needs to be investigated. The Chechen connection is a major potential piece in the puzzle. (Credit: dunyabulteni.net / Click images to expand.)

Translated from Russian by J.Hawk  | A Fort Russ Dispatch

The Nemtsov murder investigation has focused on the theory that the crime was organized  by a Chechen militant commander Adam Osmayev, of the Dzhokhar Dudayev battalion, who also was named in the case concerning the attempt to assassinate Vladimir Putin. Investigators are allowing for the possibility that the militants, who fought against DPR and LPR, operated at the behest of Ukrainian secret services, since the murder of the opposition leader would have discredited the Russian leadership and destabilize the political situation.

A law enforcement source had told the media that the investigating group has evidence that Ukrainian secret services played a role in Nemtsov’s murder. On the day of the murder the Investigative Committee spokesperson Vladimir Markin announced that the investigators are studying the possibility the murder was intended to destabilize the political situation in the country.

“The murder could have been used as a provocation to destabilize the situation, with Nemtsov becoming a sort of a sacrificial lamb for those who are not overly choosy in their political methods,” Markin told Izvestiya. 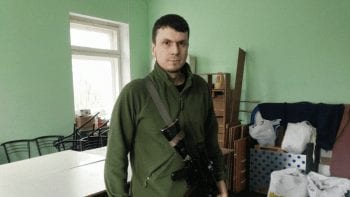 The investigators are also working on other versions: political, extremist, business, and personal. However, judging by the quality of preparation and implementation, it was done by professionals. The Izvestiya source said that the killer shot Nemtsov only a few tens of meters from the Kremlin, and it since became known that the murder took place in a spot not covered by a surveillance camera. Moreover, they chose a time during which there are no traffic jams, but there is still heavy traffic in the center which allowed the killers’ car to become lost among other vehicles.

The information that Ukraine’s special services ordered the murder is being verified. The assassins may have performed a mission assigned by Ukrainian secret services, but also avenged the death of their former leader Isa Munaiev. He was killed on February 1 during the battle for Debaltsevo, after which the battalion’s command was taken over by Adam Osmayev. 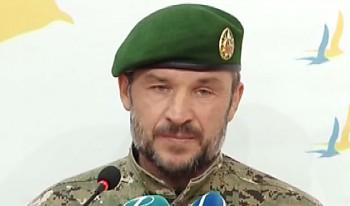 The so-called Dzhokhar Dudayev international peacekeeping battalion is fighting on Ukraine’s side, and was formed by Munaiev in March 2014. Munaiev fought in the first Chechen campaign against Russian forces, and after 1999 he declared himself the commander of the South-Western sector and participated in organizing acts of terrorism.

Munaiev fled Chechnya in 2006 for Denmark, where he received asylum. He founded the movement “Free Caucaus” which, according to secret services, financed terrorists. When in 2014 the Ukrainian government launched the ATO against LPR and DPR, Munaiev went to Ukraine and declared the formation of his battalion. Russian sources indicate that he was personally invited by (Ukrainian oligarch) Igor Kolomoisky, who financed the battalion. The battalion’s core were Chechen immigrants in Denmark, and citizens of other countries who belonged to terrorist organizations.

Isa Munaiev was one of the individuals, along with the commanders of Azov and Dnepr, who supported terrorism on Russia’s soil and who were ordered delivered to Chechnya by Ramzan Kadyrov.

Russian services are trying to establish how many people participated in the preparation and implementation of Nemtsov’s murder. It cannot be ruled out that, in addition to killers and spotters, there were also “controllers” in Moscow who observed the murder’s aftermath and political effect. One of them may have been the Ukrainian deputy Aleksey Goncharenko. Experts who were questioned by Izvestiya believe the theory of foreign secret service involvement to have merit.

J.Hawk’s Comment: If true, that would have been about as big a blow as imaginable that could have been struck by the Ukrainian secret services, because it is aimed at several fissures all at once. It not only creates yet another irritant in Russia’s relations with the West, but also threatens to undermine peace in Chechnya, and to stir-up anti-Chechen sentiment in Russia. Moreover, many members of the “liberal” “opposition” in Russia (especially Aleksey Navalnyy) are stridently anti-Chechen (and anti-minority in general) and lean in the direction of ethnic Russian nationalism.

Finally, Ukrainian nationalists have more than once called for the resumption of the “jihad” against Russia, and applauded when Islamist militants struck in Groznyy a few months ago.

APPENDIX
(1) More info on Adam Osmayev’s activities, albeit from not an entirely trustworthy source, VICE News, a Western outfit. Watch and interpret according to what is known about US media distortions.

Thousands of foreign nationals have flocked to join the fighting in eastern Ukraine since the conflict began last April. Though both sides have benefited from foreign fighters, many are Russian soldiers who traveled to Ukraine voluntarily or followed orders from their superiors, and most have fought with the breakaway Donetsk People’s Republic. Their presence has helped tip the scales of the battle in favor of the separatists.

Many of the Russian fighters hail from Chechnya and are loyal to Chechen leader Ramzan Kadyrov. A former rebel in Chechnya’s conflict with Russia, Kadyrov switched sides and eventually became head of the Chechen Republic and an ally of Russian President Vladimir Putin.

In Ukraine, some Chechens that never abandoned the struggle against the Russian military back home are now fighting against the separatists, using their battlefield experience to help the Ukrainians defend their homeland.

One Chechen fighter has a history of confrontation with Russia that stands out from the rest: Adam Osmayev. Educated in a private school in the UK, Osmayev was arrested in Ukraine in 2011 and accused of plotting to assassinate Putin. He managed to avoid being extradited to Russia and was recently released from prison in November.

After securing his freedom, Osmayev traveled to eastern Ukraine to join the Dudayev Battalion, a volunteer group created by former Chechen guerrilla fighter Isa Munayev to fight pro-Russia separatists in the Donbass region.

Were the props and slogans for Nemtsov’s memorial march prepared before or after his death?

The Stalin controversy smoulders on

THE SOVIET VICTORY OVER NAZISM 75 YEARS AGO,...