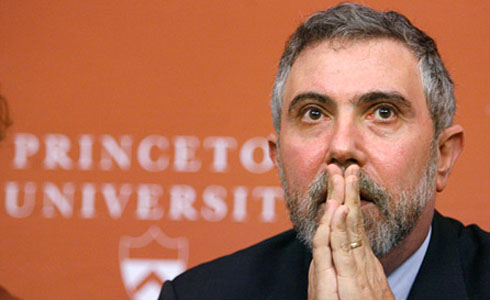 The war was no mere mistake: The Bush administration wanted a war and concocted the intelligence.
By Janet Allon /  AlterNet

&#8220;Mistakes were made” just doesn’t get at the truth about how America was coerced into the disastrous war in Iraq,and the horrific consequences that are still unfolding. Paul Krugman sets the record straight in Monday’s column, beginning with the ironic statement, that “there’s something to be said for having the brother of a failed president make his own run for the White House.”

Yep, Jeb Bush has unwittingly ushered in the chance to have an honest discussion about the invasion of Iraq. About time.

Of course, Bush and a whole lot of other people would prefer not to have that honest discussion, or if they do, to make excuses for themselves (Judith Miller.)

The Iraq War was no innocent mistake based on faulty intelligence, Krugman argues compellingly. “America invaded Iraq because the Bush administration wanted a war,” he writes. “The public justifications for the invasion were nothing but pretexts, and falsified pretexts at that. We were, in a fundamental sense, lied into war.”

And we knew it—or certainly should have. Krugman:

The fraudulence of the case for war was actually obvious even at the time: the ever-shifting arguments for an unchanging goal were a dead giveaway. So were the word games — the talk about W.M.D that conflated chemical weapons (which many people did think Saddam had) with nukes, the constant insinuations that Iraq was somehow behind 9/11.

And at this point we have plenty of evidence to confirm everything the war’s opponents were saying. We now know, for example, that on 9/11 itself — literally before the dust had settled — Donald Rumsfeld, the secretary of defense, was already plotting war against a regime that had nothing to do with the terrorist attack. “Judge whether good enough [to] hit S.H. [Saddam Hussein] …sweep it all up things related and not”; so read notes taken by Mr. Rumsfeld’s aide.

This was, in short, a war the White House wanted, and all of the supposed mistakes that, as Jeb puts it, “were made” by someone unnamed actually flowed from this underlying desire. Did the intelligence agencies wrongly conclude that Iraq had chemical weapons and a nuclear program? That’s because they were under intense pressure to justify the war. Did prewar assessments vastly understate the difficulty and cost of occupation? That’s because the war party didn’t want to hear anything that might raise doubts about the rush to invade. Indeed, the Army’s chief of staff was effectively fired for questioning claims that the occupation phase would be cheap and easy.

The harder question is why? Here, Krugman can only speculate. Enhancing American power? Building the Republican brand? It is impossible not to ascribe cynical motives.

So politicians and many in the media don’t want to talk about it. But Krugman argues we should hold their feet to the fire. Some may have been duped. Others bullied. Many were downright complicit. “The bigger the lie, the clearer it is that major political figures are engaged in outright fraud,” Krugman writes. “And it doesn’t get much bigger — indeed, more or less criminal — than lying America into war.”

The media, Krugman concludes, has an obligation to get the story right. Right now.

Why I Wept at the Russian Parade