Home ABOMINATIONS The Iran Deal: Who Can You Trust?

The Iran Deal: Who Can You Trust?

Special to The Greanville Post | Commentary No. 13: “The Iran Deal: Who Can You Trust?” 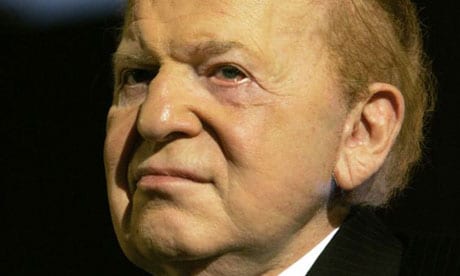 Speaking of trust: Can arch-Zionist warmonger and casino mogul Sheldon Adelson, a cynical supporter of Netanyahu, who buys American politicians by the score, one of the dark forces behind the advertising blitz condemning the treaty, be trusted?

[dropcap]T[/dropcap]rust — who can you  trust, and who you cannot — has come up as a major issue in the aftermath of the signing of the “Iran Deal” on Iran’s nuclear energy program, between Iran and the “Five + 1” negotiating group.  As is well known, the Republicans in the United States and their vassals in Israel gathered around Prime Minister Netanyahu (or is it t’other way round), have been in full-throated roar against any agreement with Iran since long before the final negotiations concluded with the deal that is now on the table.

It has been pointed out repeatedly that the critics of the deal have never seemed to offer a viable alternative to it, unless the alternative, which many observers, although not all (like the U.S. Sec. Def.), would consider not viable, is the “military option.”  But the complete lack of any stated alternatives, other than “no deal is better than this one,” doesn’t stop the critics from criticizing.  (They get louder, and nastier, by the day.  One Repub. Congressman questioned Purple-heart awardee Sec. John Kerry’s record of service to the United States.)  It does not stop them from being determined to scuttle the deal by getting a veto-proof Congressional majority that would prevent President Obama from lifting the U.S.-imposed economic sanctions against Iran.

BELOW, AD FINANCED  BY ADELSON AND OTHER ZIONISTS TO PUT PRESSURE ON CONGRESS AND OTHER OPINION— AND POLICYMAKERS. 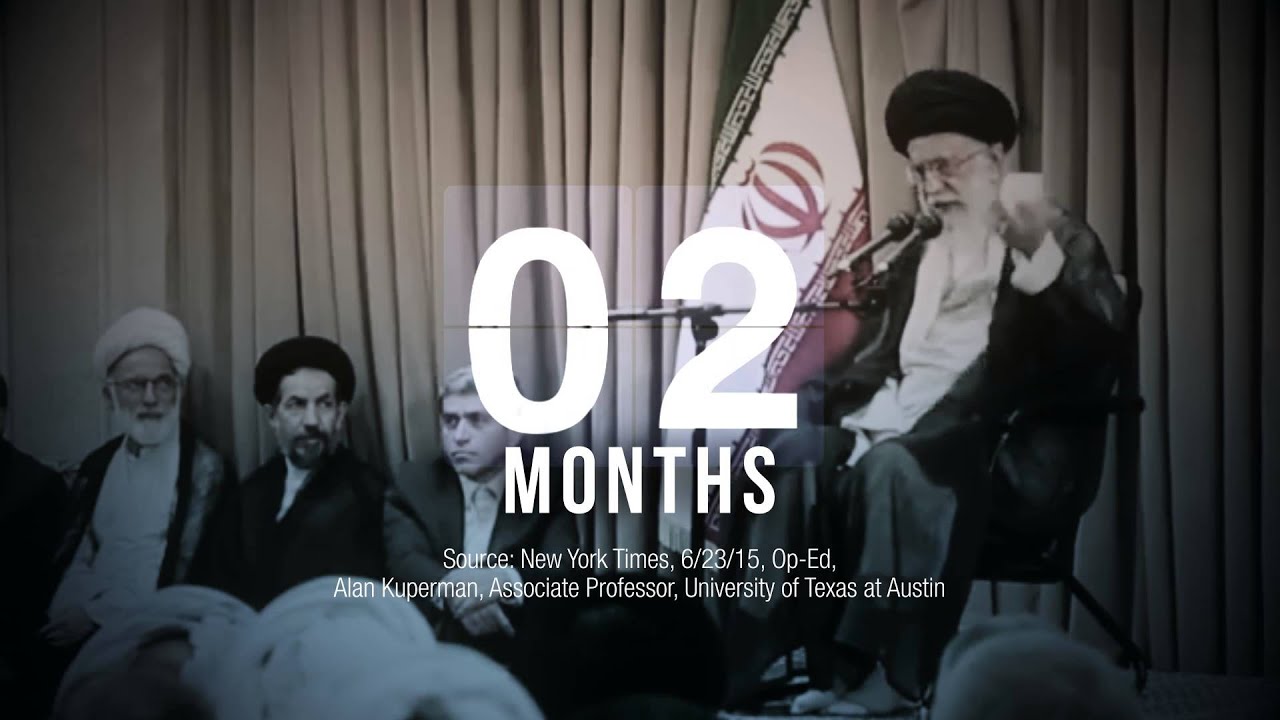 And so, we hear lots about Iranian ”cheating” and “you can’t trust the Iranians.”   It happens that a large set of top experts have said that the deal is about as air-tight as one could make it.   For example:

“Anthony Cordesman, the Arleigh A. Burke Chair in Strategy at the Center for Strategic and International Studies, a former national security aide to Sen. John McCain, and a former director of intelligence assessment in the Office of the Secretary of Defense [not exactly screaming liberal] said: ‘[T]he proposed parameters and framework in the Proposed Joint Comprehensive Plan of Action has the potential to meet every test in creating a valid agreement over time…It can block both an Iranian nuclear threat and a nuclear arms race in the region, and it is a powerful beginning to creating a full agreement, and creating the prospect for broader stability in other areas.’ “

And there are many other experts quoted in the article cited just above.  So it would seem that, in dealing with Iran, at least, concerning the Reagan motto “trust and verify,” the agreement goes very heavy on the verify side, so that trust really doesn’t play into it too much — on the Iranian side.

[dropcap]B[/dropcap]ut there is a major trust issue in play here.  That is: Why should the Iranians trust the U.S., and Israeli, politicians, interest groups, and money-men arrayed against the deal?  After all, a leading Repub. Politician, former-Arkansas Governor Mike Huckabee, in discussing the possible risk to the nation of Israel, has compared the deal with preparing the way for another Holocaust.  Funny, I don’t recall that the 6,000,000 Jews murdered by the Nazis were holding in front of them, on the way to the Death Camps, 400 operational (and totally un-inspected) nuclear weapons, that for some unknown reason they chose not to use.  But maybe I missed something.  And oh yes, in case you didn’t know, Iran is a signatory to the Nuclear Non-proliferation Treaty while Israel is not.  Should the Iranians really trust Huckabee and his people?  Well, no. 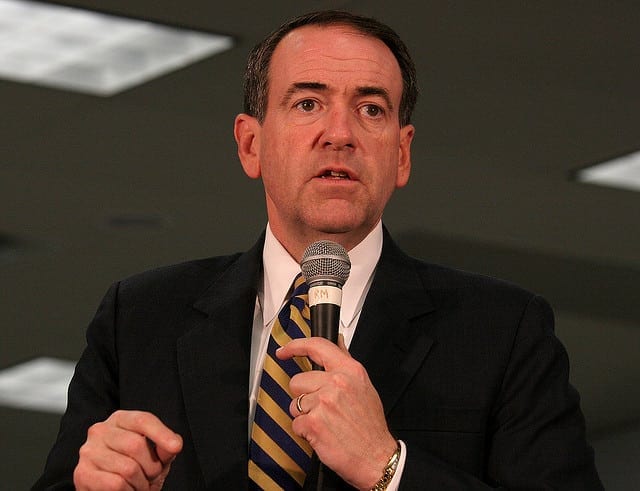 When there is Senator Tom Cotton of Arkansas, the one who sent the “we won’t support it” letter directly to the government of Iran during a critical stage of the negotiations.  According to the letter “Cotton promised Iran that the United States would not live up to its end of the bargain.”  Cotton appears to be in the pocket of the U.S. military-industrial complex, which stands to lose a lot of juice (as well as billions in profits) should the deal be ratified in the end.  Should Iran trust him?  Then there is Sen. Marco Rubio, the son of refugees from Batista’s (not Castro’s) Cuba, a candidate for the Repub. nomination for President who, unlike Huckabee, actually stands a chance of getting it.  Rubio (below) has actually said that he is elected President, one of his first acts would be to scrap the deal. 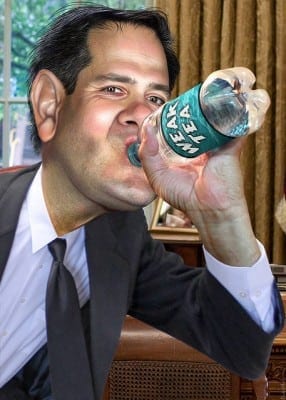 Rubio, a hypocrite and deeply unethical figure who tried to fool the nation by claiming his family had been a victim of “Castro’s dictatorship” (they fled Batista, and for economic reasons) is unsurprisingly a strong contender in the GOP pack. 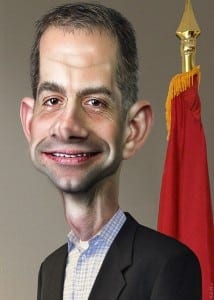 Once one takes a careful look at what the opponents of the deal are saying, it becomes quickly apparent that it is not the details that they are against, for if that were it, they would be offering all kinds of alternatives, which they are not.  So if it’s not the deal itself, what are they against?  (I dealt with this issue at length in an earlier column on the subject.)  Well, I am revealing nothing very mysterious in saying that of course they are against it because a) it will have President Obama’s name on it, and b) with the onset of a modicum of peace in the Middle East and the economic (not the military) resurgence of Iran as a player on the world stage, the U.S./Israeli military-industrial complexes would take a big hit.  They have a huge influence in the Congress, which is where the Duopoly issue comes in on this one.  Those Democrats who leave the President on this one will do so for one of three reasons: a) they haven’t read the proposed agreement and truly accept the Repub. propaganda that it is fatally flawed, b) they are terrified of and/or beholden to the Likud/Israel lobby, c) they are beholden to the military-industrial complex.

[dropcap]S[/dropcap]o, getting back to it, there is a trust issue on the table alright.  It’s whether Iran should trust the United States to keep to its pledge to lift sanctions permanently, as long as Iran keeps its end of the bargain by not pursuing nuclear weapons through a very-heavily inspected nuclear energy program.  After all, it would be much easier for the U.S. to re-impose sanctions at the drop of a political hat than it would be for Iran to start/re-start the nuclear bomb program that in any case the CIA has for a long-time said does not exist.

Given the political/economy of the U.S., Iran probably does not trust it as far as it can throw it.  But they desperately need to have the sanctions lifted.  With the European nations already charging into Iran on both the import and export sides of their economy, and with Russia and China very likely to become major lenders should the U.S. insist on maintaining its sanctions, the Iranians very likely feel that they don’t have to trust the U.S.  And given the Repub./Likud screaming match, they shouldn’t.  But, being the inheritors of a nation that has been around for 3000 years and once boasted the world’s largest empire, they are willing to take the risk for their potential gains.  And that, my friends, is the real “trust” issue around “the deal.” 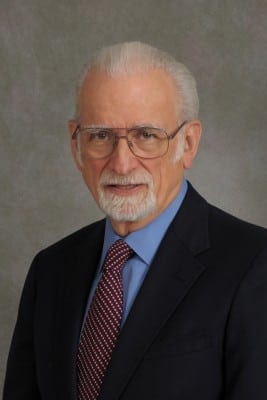