Home ABOMINATIONS A Useful Prep-Sheet on Syria for Media Propagandists

A Useful Prep-Sheet on Syria for Media Propagandists 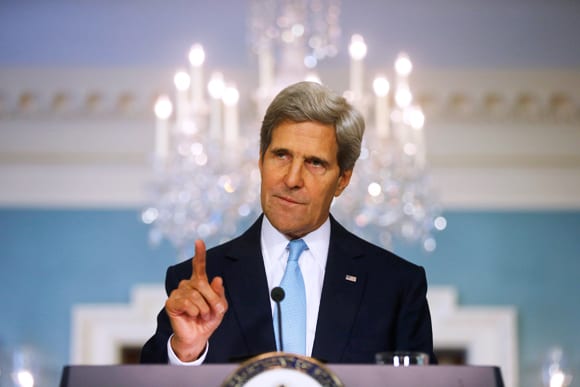 * Keep mentioning “200,000.” (The UN estimates that 220,000 have been killed in the conflict since 2011.) Declare like you really believe it that this is the number of civilians the Syrian government of Bashar Assad has killed during the war. (Do not be concerned about any need to back the figure up. No one is ever going to call you on it publicly.)

Do NOT mention that around half of the war dead (estimates range from 84,000 to 133,000) are Syrian government forces waging war against an overwhelmingly Islamist opposition, and an additional 73,000 to 114,000 are anti-government combatants.

Do not discuss these figures because they would call into question the claim that the Syrian government is targeting and killing tens of thousands of civilians willy-nilly. (If feeling any qualms of conscience, recall Karl Rove’s immortal dictum that “We’re an empire now, and when we act, we create our own reality.”)

* Keep mentioning the “Arab Spring” and how in 2011 Syrians peacefully mobilized to challenge the regime were violently repressed. But don’t dwell on the Arab Spring too much. Realize that the State Department was actually shocked by it, particularly by its repercussions in Egypt, where democratization brought the Muslim Brotherhood to power before the U.S.-backed military drowned its opponents in blood.

And recall but do NOT mention how in Bahrain, peaceful demonstrations by the majority Shiites against the repressive Sunni monarchy were crushed by a Saudi-led invasion force tacitly supported by the U.S. And NEVER mention that the bulk of the peaceful protesters in the Syrian Arab Spring want nothing to do with the U.S.-supported armed opposition but are instead receptive to calls from Damascus, Moscow and Tehran for dialogue towards a power-sharing arrangement.

Do NOT explain that the pro-democracy student activists and their allies fear most is the radical Islamists who have burgeoned in large part due to foreign intervention since 2011.

* Keep mentioning the “Free Syrian Army” and the “moderate opposition” to give the impression that they actually exist in the real world.

Do NOT point out that the FSA organization is actually a joke; that its leaders live in Turkey; that its remaining units are headed by CIA officers; that U.S. efforts to train over 5000 FSA troops have been an utter failure; that the tiny group of 54 recently sent to the front were immediately captured by the al-Nusra Front and another 70 dispatched from Turkey immediately turned over their arms to that al-Qaeda-linked group; that their chief of staff has resigned protesting U.S. incompetence; that Gen. Lloyd J. Austin III, the top American commander in the Middle East, told Congress last month that only “four or five” Syrians had been trained by the U.S. to fight ISIL; and that the U.S.-trained forces have been accused of multiple human rights abuses.

Do NOT mention these things. They are so totally embarrassing that the State Department officials responsible just want to curl up into a ball and roll into a corner. Your mission is to put a bright face on this and continue to pretend there’s something in Syria, supported by the U.S., that falls between the terrorists and the Assad regime.

* Keep expressing consternation if not outrage that Russia is “interfering” in Syria. Scrunch up your face and act like you think it’s puzzling.

Do NOT mention that Syria is much closer to Russia than  to the U.S. and that Russia faces a much greater threat of Islamist terror than the U.S. (in places like Chechnya and Dagestan that your viewers can’t locate on a map).

Downplay the fact that Russia has had a military relationship with Syria since the 1950s no more nor less legitimate that the U.S. military relationship with Saudi Arabia. (And avoid any objective comparisons of the human rights records of Saudi Arabia and Syria since the former’s is manifestly so much worse than the latter’s!)

Do NOT imply any moral equivalence between Russia’s desire to prevent U.S.-backed regime change in Syria and the U.S.’s desire to inflict another Iraq or Libya-type regime change on that tragically war-torn country.

* Keep treating the Assad regime as an obvious pariah, whose leader has “lost legitimacy.” Say that with an air of authority, like you really believe that U.S. presidents—like Chinese emperors of the past or medieval popes— enjoy so much “legitimacy” that they can confer this on, or remove it from, anybody else.

Study CNN anchor Chris Cuomo’s facial expressions and body language when he announces—so matter-of-factly, as a self-evident fact, as a done deal—that (come on, everybody!) “Assad hast lost legitimacy.” 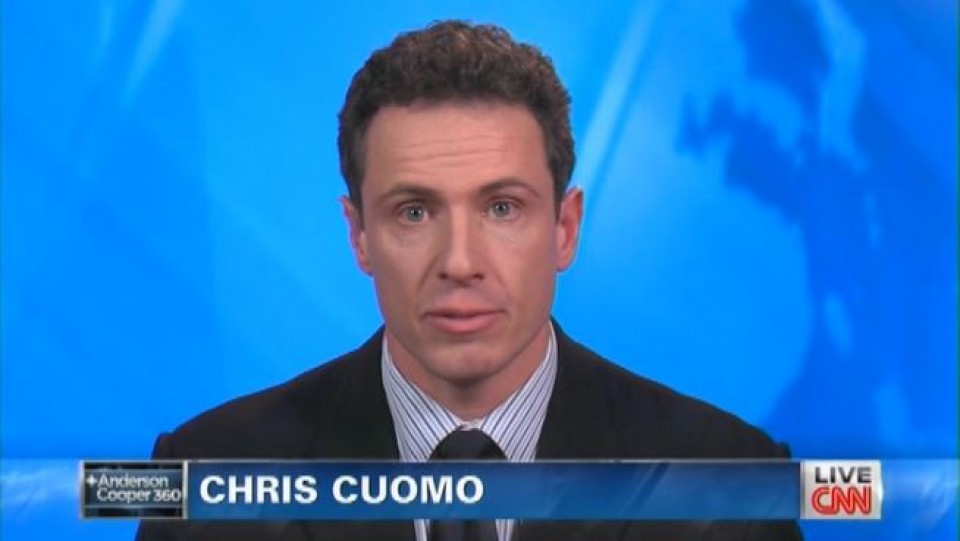 (Chris is your model. He’s the State Department’s pleasantly vapid headed scion-of-privilege poster boy, whose occasional dark flashes of indignation—especially those directed towards anyone questioning the official talking points on Russia—embody the attitude Foggy Bottom seeks to encourage in the corporate press.)

Do NOT remind viewers that the Syrian government is internationally recognized, holds a UN seat, retains cordial relations with most nations and is engaged in a life-and-death struggle against people who enslave, crucify, behead, bury alive and burn alive people and want to replace Syria’s modern secular government with a medieval religious one intolerant of any diversity.

* Keep insisting that the Assad regime somehow is responsible for, and even in league with, the al-Qaeda-linked al-Nusra Front and ISIL. Since this makes no logical sense, just have faith in the ignorance of the viewership and its disinclination to distinguish one Arab from another and to assume that they’re all linked in ways that aren’t worth even trying to sort out. Imply that by staying in power (and not complying with Obama’s demand that he step down) Assad has actually invited the presence of radical Islamists to his country, or provoked their emergence.

Do NOT mention that al-Qaeda offshoots have proliferated globally since the U.S. invaded and wrecked Iraq in 2003, in a war based entirely on lies, and that there was no al-Nusra Front or ISIL until the U.S. set out to effect regime change throughout the Middle East. Do NOT let on that State Department PR strategy is precisely to obfuscate the real causal relationship, and to impute to the beleaguered Assad phenomena actually generated by U.S. aggression in the region.

* Keep treating Russian President Vladimir Putin as America’s Enemy Number One, an ally of a Syrian government that U.S. has said must go, deploying force in Syria to bolster Assad rather than (as Moscow claims) to target ISIL.

Do NOT lend any credence to the Russian assertion that the Syrian Army is the force best placed to defeat ISIL. Do NOT point out the incongruity of the U.S. invading and attacking countries from Pakistan to Libya since 2001 while expressing alarm that Moscow is (after much hesitation) taking action against Islamist terrorists at Damascus’s invitation.

* Do not harp on the past, revisit history, or attempt to place the contemporary situation in Syria in perspective. Do NOT complicate the storyline by mentioning Damascus’s cooperation in the “War on Terror” and the U.S. use of Syrian torture chambers in its “special renditions” program after 2001. Do NOT mention Syria’s large Christian minority or its historical support for Assad’s Baath party, which was co-founded by a Syrian Christian.

Please keep everything simple, following the examples set by MSNBC’s “Morning Joe” Scarborough and CNN’s Cuomo, and inculcate in the mind of the viewer that Assad is the main problem and most horrible actor in the Syrian situation. Tell them that Putin, while striving to revive the tsarist empire, is backing Assad as a loyal ally and using his military to prolong his rule that Washington condemns rather than (as he states) taking action against ISIL.

If you do all this, you will demonstrate your loyalty to the State Department, the bipartisan foreign policy consensus, the military-industrial complex, the One Percent, your advertisers, your producers and editors, and the unsung heroes behind the scenes who arrange your teleprompter scripts.

You too could be an Andrea Mitchell, or Christiane Amanpour, posturing as an “expert” while trotting out our talking points. And even after they’re exposed as bullshit, you won’t have to say you’re sorry. People will soon forget anyway.

Those unconscionable barrel bombs! 200,000 civilians killed by the illegitimate regime! U.S. support for the moderate opposition! Russia up to no good, supporting Assad and not really targeting ISI!. Russian moves “worrisome” (whereas U.S. moves are not.) 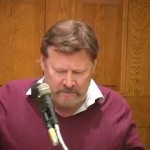 Gary Leupp is Professor of History at Tufts University, and holds a secondary appointment in the Department of Religion. He is the author of Servants, Shophands and Laborers in in the Cities of Tokugawa Japan;Male Colors: The Construction of Homosexuality in Tokugawa Japan; and Interracial Intimacy in Japan: Western Men and Japanese Women, 1543-1900. He is a contributor to Hopeless: Barack Obama and the Politics of Illusion, (AK Press). He can be reached at: gleupp@tufts.edu CROSSSPOST WITH COUNTERPUNCH, FIRST ITERATION

Peter Lavelle’s on the Western media lies on virtually everything

In Support of Russian Intervention in Syria

This prep sheet is no prank. The writer has actually codified the repugnant practices of American (and Western) journalism, if we can call what these people do “journalism” any more. Splendid article.