Home ABOMINATIONS Did Netanyahu Play the Holocaust Card One Time too Many?

Did Netanyahu Play the Holocaust Card One Time too Many?

Special to The Greanville Post | Commentary No. 20: “Did Netanyahu Play the Holocaust Card One Time too Many?” 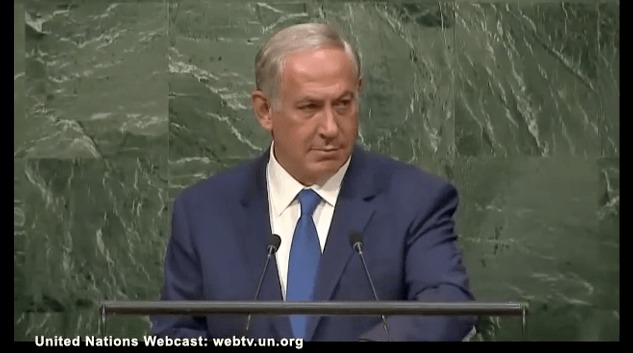 Netanyahu glaring at UNO audience. The man is nothing if not shamelessly audacious. The full video is presented below.

So Israeli Prime Minister Benjamin Netanyahu makes his annual speech to the Fall, 2015 meeting of the UN General Assembly.  He is VERY concerned about the “Iran Deal,” which from all accounts will prevent Iran from developing nuclear weapons (if they were ever going to do that anyway) for 10-15 years, maybe more.  The issue is “TRUST.”  “Can they be trusted?” Netanyahu asks.  (Of course in my view, the real trust question is “Can the Iranians trust the U.S., should the Repubs. gain the Presidency in 2016?” But that’s another story.)  He is totally against the deal.

“…like so many right-wingers in so many countries, it is not a good idea to confuse Netanyahu with facts, for if one tries to, they get very anxious.”

He offers no alternatives, of course.   There are three reasons for that.  A) There is none.  B) The other members of the “5+1” negotiating group have made it clear that they would not go back to the negotiating table in any case, even if Iran were wiling (which they are not).  C) The last thing Israel wants is for the deal to be in place, and work.  That would give one major reason for a) cutting back on the Israeli military-industrial complex (yes, folks, they have one too), and b) it would weaken Likud politically by diminishing the “threat of Iran.”

[dropcap]B[/dropcap]y the way, the Ayatollah Ali Khamenei has said that Israel will be wiped off the face of the Earth in 25 years.  BUT, he never said that Iran would do the wiping.  Read the statement, and you will see that he is simply saying that if it follows its present policies towards the Palestinians, that in 25 years it will no longer exist looking like the present State of Israel.  But so have many other observers, including this writer.  However, like so many right-wingers in so many countries, it is not a good idea to confuse Netanyahu with facts, for if one tries to, they get very anxious.

At any rate, the main thing that Netanyahu did in his speech was to play the Holocaust card, which Israeli leaders have done so many times over the 70 years since Nazi Germany was defeated.  But I am wondering if this time around Netanyahu has over-played the hand.  First, oh, the dramatics.  When accusing the UN, which has overwhelmingly approved the deal, of being silent in the face of a holocaust-like re-run: the silences and the angry stares.  It’s hard to know what this stone-faced man expected to accomplish with those.  Good dramatic effect — for his supporters, in Likud and the Republican Party.  But he has few anywhere else, especially in a half-filled General Assembly chamber. 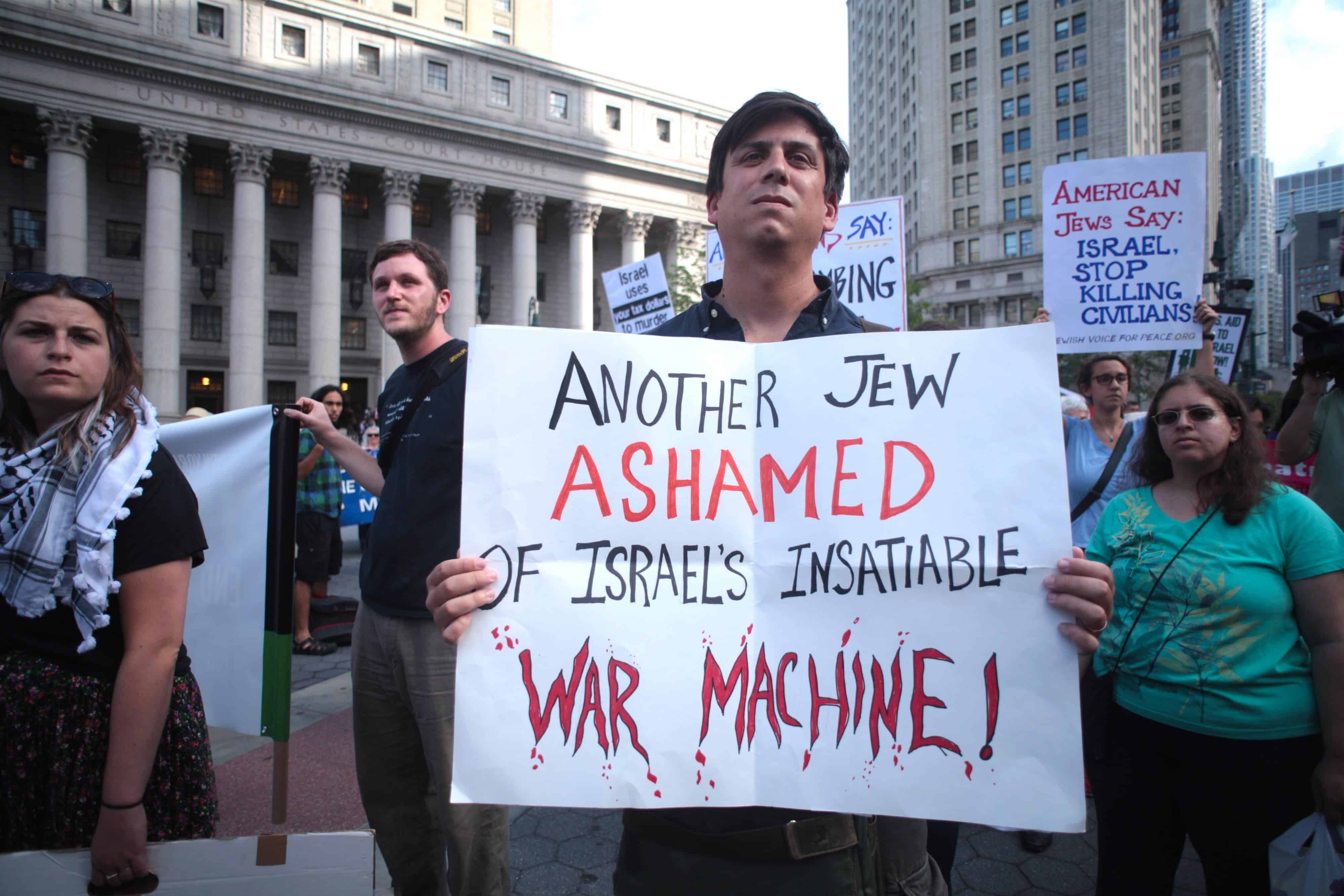 Then Netanyahu referred to Israel as “The Jewish State.”  That’s not how the UN set it up and that’s not how Israel’s founding document referred to what back then was called “The State of Israel” either.  Again, good propaganda to his base; not so good elsewhere.  Next, the irrepressible, blustering leader was talking as if he represented the world’s Jews on the Iran deal question.  The only problem there is that the Jewish community of the United States, about the same size (coincidentally around 6 million) as that of Israel, generally supports the deal (even if most of the leading “Jewish” organizations, the “Jewish establishment”, don’t).  And of course, many Jews in Israel disagree with him too, including a prestigious group of Israeli military and security officials.  So he is hardly talking for “The Jewish people.” 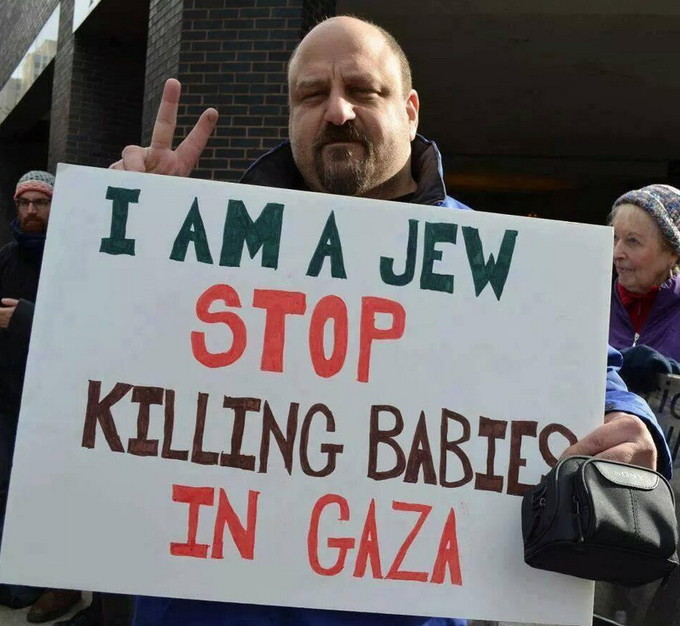 Then there are the proposals that have periodically emanated from members of Netanyahu’s governments or party, like Avigdor Lieberman, a former Israeli Foreign Secretary, that the “solution” (the “Final Solution?”) to the “Israeli Arab citizens” problem is to deport them to some reconstructed West Bank.  And then there was another “Final Solution” to “solve” the “Gaza Problem,” by expelling the Palestinians from it.  In this context, just how many grains of salt do you think that UN members would be taking while taking in Bibi’s “The Iran Deal is Just Like the Holocaust” speech (if they did at all)?  Further, taking a lesson from ISIS, Lieberman has also proposed beheading Israeli Arabs who do not subscribe to some “loyalty oath.” UN members know this stuff.  They also know that the Jews who were sent to the gas chambers by the Nazis were not carrying in front of them somewhere between 200 and 400 nuclear weapons of their own, with a variety of delivery systems (including several German[!] submarines), coming along not-too-far behind.

Just when is Bibi going to give up this charade?  It impresses no one except his Israeli and U.S. Repub. followers and the Israeli ruling class that knows that if Netanyahu and his no-negotiations-ever buddies are ever voted out of office, Israel’s military industrial complex will take a major hit.  One actually can be sure that it makes nothing but a totally negative impression at the UN.  But it’s all that Bibi has to stand on.  So the answer to the above question is “never.” 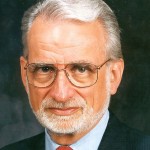 Senior Editor, Politics, Steven Jonas, MD, MPH is a Professor Emeritus of Preventive Medicine at Stony Brook University (NY) and author/co-author/editor/co-editor of over 30 books.  In addition to being Senior Editor, Politics, for The Greanville Post, he is: a Contributor for American Politics to The Planetary Movement (http://www.planetarymovement.org/); a “Trusted Author” for Op-Ed News.com; a contributor to the “Writing for Godot” section of Reader Supported News; and a contributor to From The G-Man. He is the Editorial Director and a Contributing Author for TPJmagazine.us.  Further, he is an occasional Contributor to TheHarderStuff newsletter, BuzzFlash Commentary, and Dandelion Salad.

Given the Nazi-ish way that the Palestinians are being treated I’m starting to wonder if these alleged “Jews” from Europe that moved to Israel after the war weren’t in fact Concentration camp guards and SS members who stole the identities of those they murdered in order to escape justice.

It would make sense given that the apple does not fall far from the tree and these thugs act like Nazis.

If Net-boy evoked the Holocaust one time too many he’s in good company. The bleeding Jews seem to never stop leaning on that crutch.

I know lots of Cambodians. Their Holocaust was much worse than that of the Jews. Much worse.

I’ve never heard a single one of them volunteer any reference to the killing fields. Jews chatter on and on about it incessantly.