=By= Robert Stevens
…
“Those opposing war represent the majority of the population. They are now being branded as supporters of terrorism, anti-British and a threat to the British way of life.” 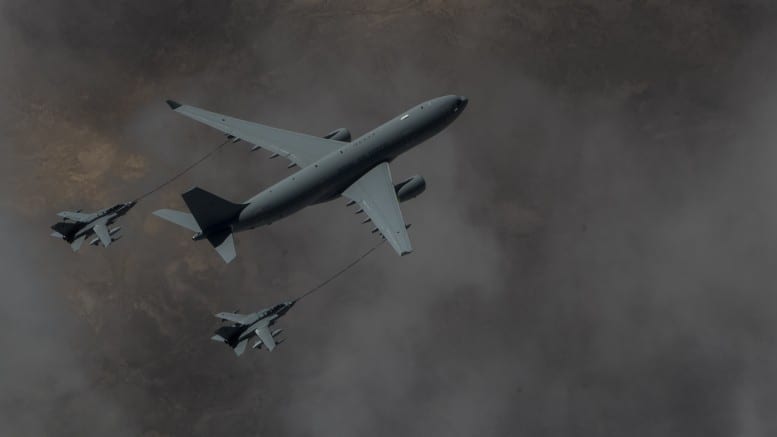 RAF Tornado fighter-bombers being refueled in mid-air. The craft is being sent to Syria—the bombing is of course illegal.

MPs voted for air strikes at 10.30 pm Wednesday. By 11.30 pm two Tornado bombers took off from the RAF’s base in Akrotiri, Cyprus, each loaded with three Paveway missiles, worth more than £100,000 each. An hour later, two more Tornados took off, also armed with Paveways.

On Thursday morning, more Tornado jets departed from Marham, Norfolk, to join the RAF’s squadron in Akrotiri. These are to be backed by an RAF Airbus A400M tactical transport plane that flew to Cyprus from RAF Lossiemouth in Scotland. This will take engineers and ground staff.

“We have enough Tornados and we are now sending Typhoons [fighter jets] as well,” Fallon told the BBC Thursday.

Fallon said the British bombers had attacked “oilfields in eastern Syria—the Omar oilfields—from which the Daesh [Islamic State] terrorists receive a huge part of their revenue.” The locations bombed were around 35 miles inside Syria’s border adjacent with Iraq, where RAF planes have already been bombing for more than a year. 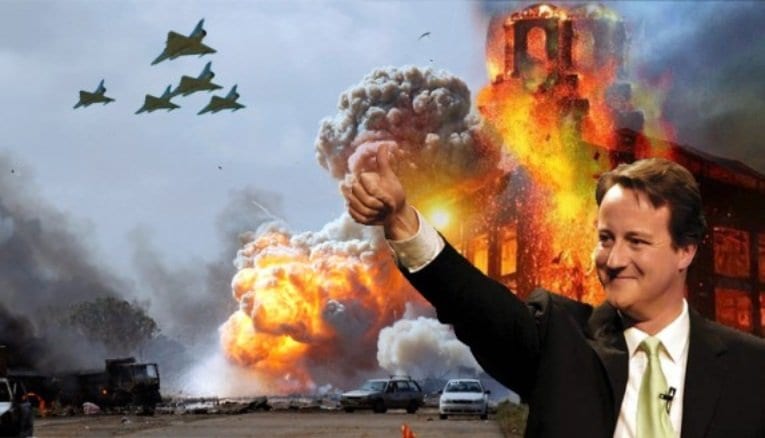 David Cameron’s mendacious and criminals actions prove that there is no real democracy left in Britain either. The rule of law is over, only hypocrisy and the pretense of law remain.  Cameron’s appalling cynicism simply mirrors that of the British establishment.

The Guardian noted that the “defence secretary indicated that military action against Isis could be expected to continue for years, rather than months. ”Fallon told the broadcaster, “The prime minister has confirmed this is going to be a long campaign… This is not going to be quick.”

In fact, according to Al Arabiya, the oil fields bombed by the RAF had already been “destroyed” by a US-led air strike two months ago.

[dropcap]W[/dropcap]ithin the most pro-war sections of the ruling elite and media, the response to the vote for military action has been a hysterical campaign against Labour Party leader Jeremy Corbyn for opposing the bombing of Syria. This is the case despite Corbyn allowing Labour MPs a “free vote” on the issue, meaning they would not be censured or disciplined in any way for voting for war.
“Corbyn, a supine Labour backbencher for more than 30 years, is a known quantity to the bourgeoisie and their attacks are not aimed primarily at him. They are directed instead at suppressing and silencing growing anti-war sentiment among workers and young people as illegitimate and intolerable…”

Conservative Prime Minister David Cameron began the attacks the night before the vote, referring to Corbyn and anyone planning to vote against military action, as “terrorist sympathisers.”

On the morning of the vote, the Financial Times all but called for Corbyn’s removal, editorialising, “[C]orbyn seems determined to push his party towards the far left whatever the consequences for its electability. The longer he stays in his post, the more likely it is that he will destroy Labour as a mainstream political party.”

Hilary Benn, Labour’s shadow foreign secretary, who supports bombing Syria and had voted for both the Iraq war and the war on Libya, closed the parliamentary debate for Labour with Corbyn’s blessing. He is being lionised as a figure comparable to Winston Churchill for his “historic” speech, in order to beat the drums of war and hasten Corbyn’s removal. The attacks on Corbyn in the right-wing media have centred on his being a danger to “national security” and a threat to the “values” upheld by the warmonger Benn, the Labour right wing and the Tories. 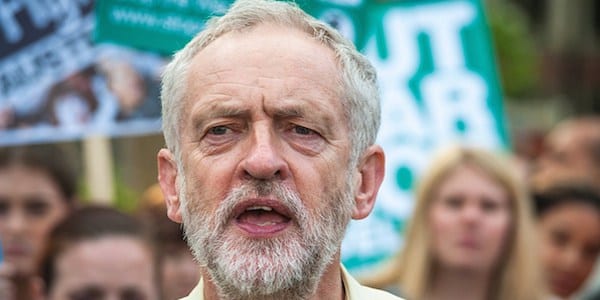 Corbyn’s weak and equivocal response to the latest outrage by the British establishment proves that parliamentarism cannot dislodge the entrenched power of the global plutocracy.

In its editorial Tuesday, the Daily Telegraph stated that Benn, “did not just deliver a towering moral argument for intervention… he exposed his own leader’s position as worthless…and demonstrates once again why Mr Corbyn cannot be trusted with national security.” The house organ of the Tory party led its front page Thursday with an excerpt from Benn’s speech, in which he compared the forces of the Islamic State to Hitler’s fascist army that conquered large parts of Europe.

Benn’s speech has led to numerous calls for him to be installed as leader of the Labour Party, with the Telegraph ’s Dan Hodges, a leading Blairite, commenting, “Hilary Benn didn’t just look like the leader of the opposition. He looked like the prime minister.”

In its editorial Thursday the liberal Guardian claimed, at the last moment, to have opposed Cameron’s motion endorsing war while insisting, “We support the cause of defeating Isis, and we do not reject military action.” It was euphoric over Benn’s speech, describing it as a “shock and awe campaign.” Martin Kettle said the speech positioned Benn “as a serious leadership challenger.”

[dropcap]T[/dropcap]he response to this offensive by Corbyn and his closest ally, Shadow Chancellor John McDonnell, has once again been an attempt to appease and protect the party’s right wing from Labour members’ anger. Both have issued statements that they will personally oppose any attempt by local Labour Party constituencies to “deselect” MPs who voted for war. 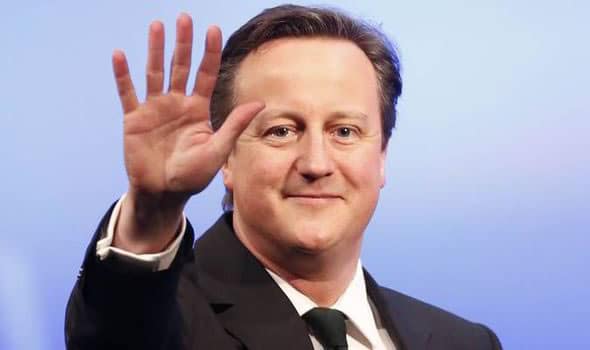 Cameron: This bastard would criminalise any form of dissent against imperialist policies or criticism of the status quo. He represents the terminus of the unravelling of the democratic mask for the capitalist class. More importantly, what is being done in Britain is simply the testing ground for measures to be applied in the US. The writing for radicals is on the wall.

After allowing nearly a third of Labour MPs to vote for war, thus granting Cameron the supposed “consensus” he demanded to justify British imperialism’s latest bloody venture, McDonnell stated, “The whole debate made me proud that in the Labour Party we allow people to vote with their consciences and I think we took British politics on a step, a qualitative step forward, allowing people to express their views.

“I don’t think MPs who are elected by their constituents should come to Parliament to have their consciences overridden by the party whip. That’s unacceptable.”

Corbyn, a supine Labour backbencher for more than 30 years, is a known quantity to the bourgeoisie and their attacks are not aimed primarily at him. They are directed instead at suppressing and silencing growing anti-war sentiment among workers and young people as illegitimate and intolerable.

On the morning of the vote, the Daily Mail was forced to acknowledge that despite the wall-to-wall media propaganda for the launch of bombing raids in Syria, only a minority of the population were in favour of war. Another poll showed that 72 percent of Scottish voters opposed bombing. These backed up the poll commissioned by Corbyn, prior to the vote, showing that 75 percent of Labour Party members opposed war.

The suppression of all dissent is paramount for the ruling elite, as it embarks on yet another war of conquest under such socially and politically polarised conditions. Cameron’s statement that opposition to war is tantamount to support for terrorism must be taken as a stark warning. It was of a piece with Labour peer Jeffrey Rooker’s statement, during a simultaneous debate on war in Syria in the House of Lords. Labour had to “get rid” of Corbyn, he said, identifying Islamic State’s “innate intolerance” for the “British way of life” with the “anti-British Trots in the Labour Party” who were “using our tolerance to try and get control” of the party.

Those opposing war represent the majority of the population. They are now being branded as supporters of terrorism, anti-British and a threat to the British way of life under conditions in which, since 9/11, under the guise of the “war on terror”, a mass of reactionary legislation has attacked democratic rights and civil liberties, introducing methods normally associated with a police state.

Last year, the “Prime Minister’s Task Force on Tackling Radicalisation and Extremism defined “extremism” as “vocal or active opposition to fundamental British values, including democracy, the rule of law, individual liberty and mutual respect and tolerance of different faiths and beliefs… There is a range of extremist individuals and organisations, including Islamists, the far right and others.”

Cameron said in relation to new legislation to be enacted: “Dealing with the terrorist threat is about not just new powers but how we combat extremism in all its forms. That is why we have a new approach to tackling radicalisation, focusing on all types of extremism, not just violent extremism.” [emphasis added].

Based in Europe, Robert Stevens is a political correspondent with wsws.org.