Chi-Raq: A satire of social life in Chicago 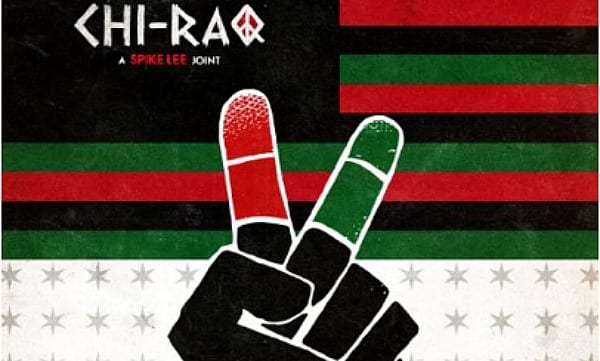 Directed by Spike Lee; written by Lee and Kevin Willmott

Chi-Raq, the latest feature film by veteran American director Spike Lee, is set in Chicago. The words “This is an emergency” appear on screen, and Nick Cannon’s song “Pray 4 My City” functions as a prologue.

In the disjointed narrative that follows, Lee attempts to handle gang warfare and violence, social breakdown and inequality, poverty, rampant police brutality, political corruption and more. These are all serious issues that warrant a thoughtful artistic response. 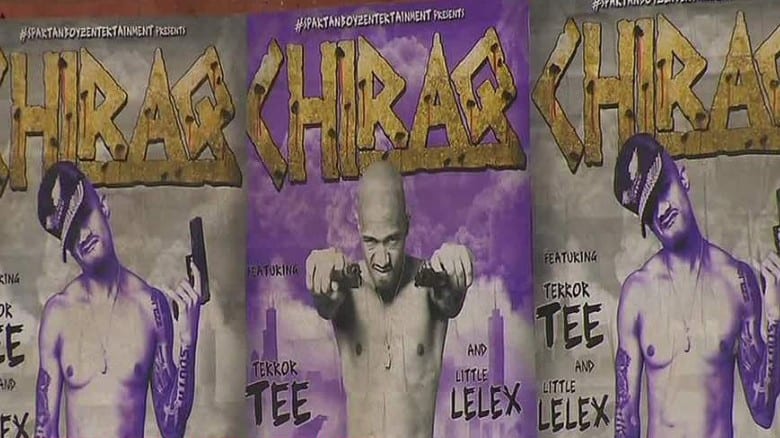 The story is loosely adapted from the classical Greek comedy by Aristophanes, Lysistrata. Aristophanes’ comedy, written around 411 BCE, centers on a group of Athenian and Spartan women who withhold all sexual privileges to their husbands and lovers in an effort to stop the Peloponnesian war between the two rival Greek city states.

A portmanteau of “Chicago” and “Iraq,” Chi-Raq is the name given by rappers to the third largest city in the US because of the more than 7,000 people who have been killed by gun violence there since the early 2000s––more than the number of US troops killed in the Iraq and Afghanistan wars combined.

Samuel L. Jackson plays the fedora-wearing Dolmedes, the narrator and leader of the chorus, who introduces us to this “land of pain, misery and strife.”

Lee’s film opens with a hip hop concert. Rap singer Demetrius Dupree (Cannon), whose nom-de-guerre is the eponymous “Chi-Raq,” is head of the Spartan gang. In the midst of Chi-Raq’s on-stage verbal jousting, he brags that he is going to kill rival members of the Trojan gang. An incensed Trojan in the crowd shoots at the stage. A few gang members are severely injured in the ensuing melee.

We are then introduced to Chi-Raq’s girlfriend Lysistrata (Teyonah Parris). That couple’s lovemaking is interrupted when the head of the Trojans, Cyclops (Wesley Snipes), tries to burn the house down. They manage to escape the blaze and an exchange of gunfire with Cyclops ensues.

Later, we learn that a young girl has been shot and killed by gang violence. Irene, the anguished mother (Jennifer Hudson), is consoled by a grieving crowd, including a white priest, Father Mike Corridan (John Cusack). Corridan is a fictional stand-in for Michael Pfleger—a priest and social activist in the African-American neighborhood of Auburn Gresham on Chicago’s Far South Side. 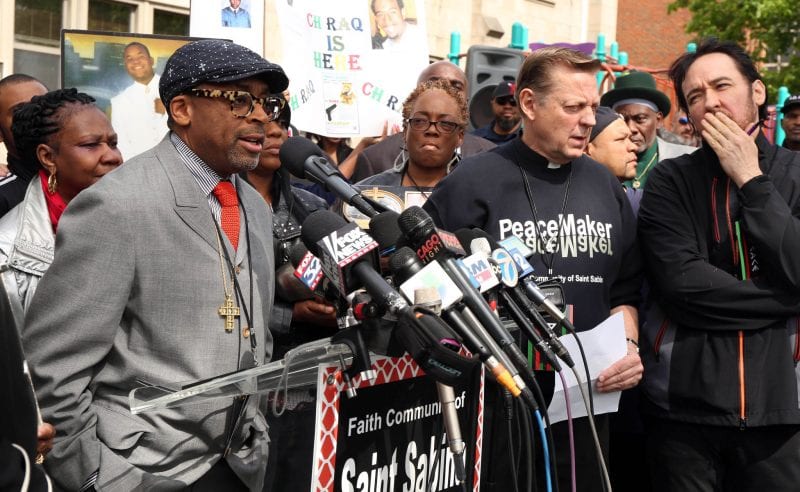 The death of Irene’s daughter sparks a crisis of conscience among the younger women, including Lysistrata, who in counsel with the bookish Miss Helen (Angela Bassett), decide that the best way to stop the violence between the rival gangs is to have a “sex strike.” This strike led by Lysistrata becomes the focal point of the film’s drama and its implausible resolution.

At one point, the young women take over an armory and seduce a racist general named King Kong (David Kelley) and his troops. They then lock themselves up in an effort to deny all men “access or entry.” Chicago police arrive on the scene and act largely as neutral bystanders to this battle of the sexes.

“The treatment of events and social processes in Chi-Raq is not serious or insightful…Lee solidarizes himself with the rhetoric of the Obama White House, leading Democrats and various liberal editorialists in regard to gun control as a solution to the ongoing violence….”

The situation in Chicago, and other American cities, is an “emergency.” Unfortunately, the treatment of events and social processes in Chi-Raq is not serious or insightful. The dramatic and emotional register is unconvincing, and large sections of the film are tedious. Lee’s effort to transpose Aristophanes’ comedy to present-day Chicago and contemporary social relations in America ends up incoherent, and the comic elements fall flat.

The film’s location, Englewood on the Southwest Side of Chicago, is an impoverished working class neighborhood. Indicative of the conditions in many other areas of the city, Englewood has an official unemployment rate of 21.3 percent, a per capita income of $11,993, with 42.2 percent living below the poverty level and nearly 30 percent without a high school diploma.

Chicago is also home to more than 106,800 millionaires, 804 multi-millionaires and 15 billionaires. 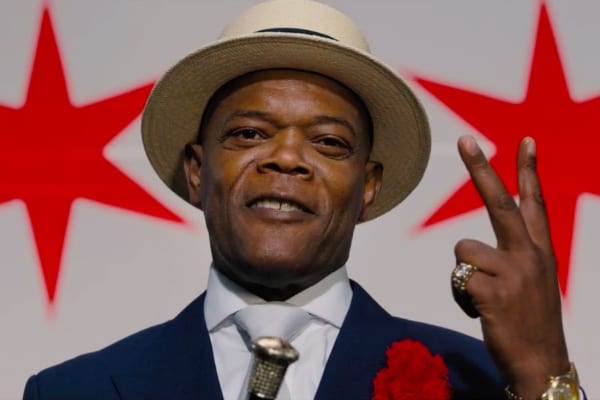 We get an occasional taste of the actual social conditions in Chi-Raq, through certain images and dialogue, but the latter reveal little that is substantial about life in Chicago, the spasms of violence or the crisis facing the wider society.

In perhaps the most explicitly political scene in Chi-Raq, which is grafted onto the narrative in a tendentious manner, Father Corridan gives a funeral service that largely blames the community for the social tragedy that has befallen it. He cursorily makes note of growing poverty, unemployment and a lack of jobs, but frames all that in racial terms. 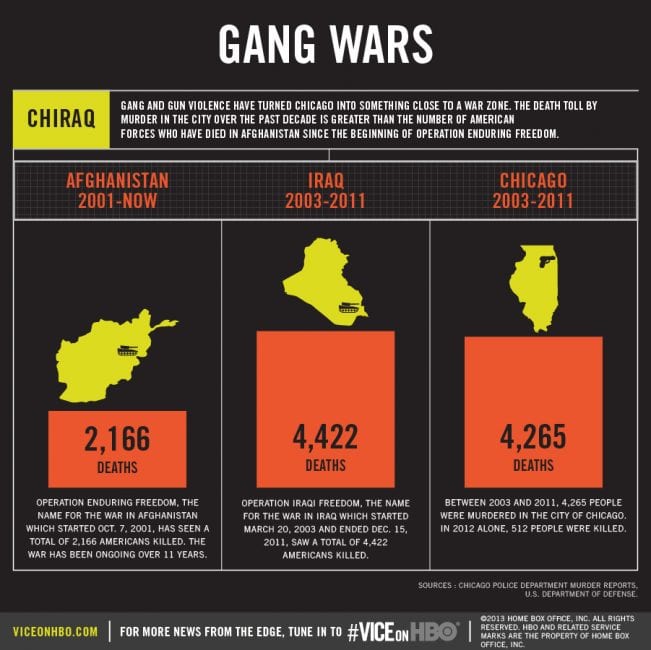 Ultimately, Corridan says, any question of “justice” and an end to violence can only be addressed by gun control. Gang violence in Chicago, according to Corridan, is largely a problem of black on black violence, not social inequality.

This is Lee’s general outlook, as he explained in various interviews. He told the Los Angeles Times, for example: “I would be less of a person if I’m out there on the streets talking about the cops and private citizens who killed our people and then remain mum about us killing ourselves.” 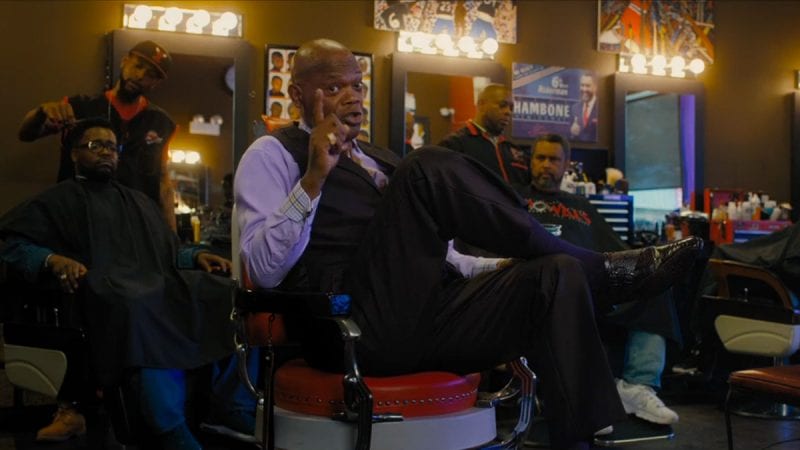 Samuel L. Jackson plays the fedora-wearing Dolmedes, the narrator and leader of the chorus, who introduces us to this “land of pain, misery and strife.”

To Deadline Hollywood, Lee commented that the problem in neighborhoods in major cities like Chicago was basically “self-inflicted genocide.” He went on, “There’s a situation in America where young black men are killing young black men at alarming rates and Chicago, or Chiraq, is really like the poster boy for this.”

As noted, Lee also solidarizes himself with the rhetoric of the Obama White House, leading Democrats and various liberal editorialists in regard to gun control as a solution to the ongoing violence. He criticizes the National Rifle Association and suggests, “We’ve got to think about guns in this country. … We’ve got to do something.”

Both these arguments let American capitalism, the source of the social misery and alienation and the horrendous violence, entirely off the hook.

With Lee, this goes hand-in-hand with identity politics. In fact, it is through racialism that the filmmaker expresses his full support for capitalism and exploitation. He revealed his agenda when he complained to Deadline Hollywood about the lack of African American film studio executives with real power. “I know that we’ll have begun to arrive when we get one [African American] person who has a greenlight vote [the ability to give the go-ahead to a film project]. We’re not in the room at these greenlight sessions that decide what will make it and what ain’t making it. We don’t have a vote. We’re not in the conversation. We’re not in the room.” To get “in the room” is the goal of this layer, not to transform the social order.

The city of Chicago is currently racked by a political crisis over the cover-up by Chicago Mayor Rahm Emanuel of systematic police brutality. There is an unrelenting assault on the living conditions of large layers of the working class by the ruling elite and its political representatives.

It might be possible for a filmmaker who is somewhat confused on many questions, but still questioning and thoughtful, to make a perceptive film on the question of the social crisis in Chicago. This is not Lee. He is too full of himself and thoroughly un-self-critical. He is not fundamentally oriented toward establishing social truth. The director’s films for the most part are tendentious, heavy-handed vehicles that reflect his own reactionary outlook and justify the strivings of the upper middle class layer to which he belongs.

George Marlowe writes for wsws.org, where this piece originated.

Saudi Arabia and the “war on terror”