Ln May 6, 1916, Ottoman military leader Jamal Pasha (The Butcher) executed Syrian and Lebanese nationalists and intellectuals in Damascus and Beirut. Plazas in both cities where executions took place were renamed Martyrs’ Square. May 6 marked the 100th anniversary of what happened.

Jamal Pasha, by the shores of the Dead Sea. Syrian suffering under the Ottoman empire was nothing compared to the wounds inflicted by “the indispensable nation.”

The Syrian Arab News Agency (SANA) said the “occasion holds very special significance for the Syrian people who stress their determination to make sacrifices and offer more martyrs in order to defending their homeland’s territorial integrity and sovereignty. On this day, the Syrian people salute those who sacrificed their souls for the sake of protecting their homeland and the Syrian army soldiers who are fighting in the battlefields.”
…
Commemorative events were held in various Syrian cities. Martyrs giving their lives for their homeland were honored – today committed to defeat the scourge of US-sponsored terrorism. The fate of the nation again is at stake, its enemy far more formidable than ruthless Ottomans. Imperial America wants dominion over planet earth, no matter the cost in human lives, misery and mass destruction. 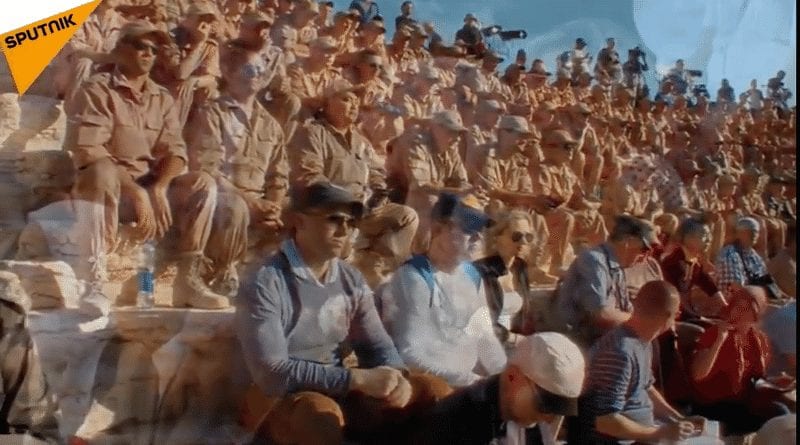 The latest example was the Syrian al-Kammouneh refugee camp massacre. Government and/or Russian forces had nothing to do with it, despite fabricated reports suggesting otherwise. Russia’s Defense Ministry reported no air activity over the area at the time of the attack. US-supported terrorists were responsible. According to Ministry spokesman General Igor Konashenkov, “damage shown in photographs and video (indicates) the camp (was) shelled…by multiple rocket launchers, which are currently being used very actively in this area by terrorists from al-Nusra.” 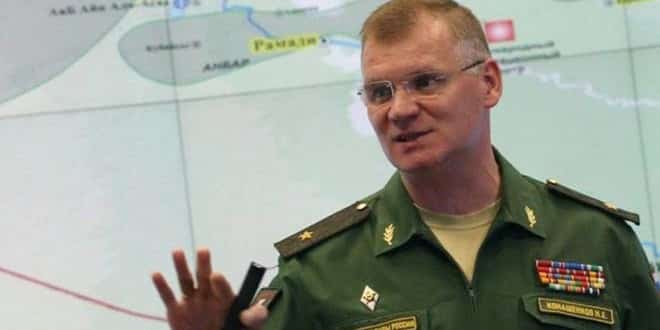 Russian Defence Spokesman Col. Konashenkov. He pointed out that no flights were carried out by aircrafts, Russian or other, over the camp.

No bomb craters or other signs of an airstrike were visible. Syria’s military dismissed fabricated allegations of its involvement, saying “(t)here is no truth to reports” suggesting it.

The attack appeared strategically timed, occurring during the May 5 Prayer from Palmyra concert, amidst the ruins of its ancient theater, in remembrance of US-sponsored terrorist victims – an attempt to divert attention from this moving event on hallowed ground.

Renowned conductor Valery Gergiev is leading a concert in the ancient Syrian city of Palmyra to support the restoration of the UNESCO site and honor victims of the war. The city of Palmyra was devastated by Islamic State terrorists who occupied the site for some 10 months before it was liberated by Syrian troops with Russian air support.

The Mariinsky Theatre Orchestra, conducted by the theater’s Artistic and General Director Valery Gergiev, is holding a “Pray for Palmyra. Music Revives Ancient Ruins” concert on the stage of Palmyra’s historic amphitheater.

Leading Russian musicians stage a classical concert in the ancient theatre of Syria’s ravaged Palmyra in a show by the Kremlin to herald its successes in the war-torn country.

THE USA MEDIA TWIST.  The major US networks covered this event scantily, as we might expect, if at all. Some, like CBS, could not contain a note of sour grapes in their flash-in-the pan reports, begrudging the Russian/Syrian victory—a victory for humanity—which have since vanished. A search on the CBS News page returns zero entries for “Russian orchestra,” or “Palmyra”, which is beyond strange, as the network has filed reports on Palmyra in the recent past. (See below).

Syria’s very own “Monument Men” have a mission to protect their country’s heritage from all sides in the civil war. Much of the historic city of Palmyra is now in ruins, but they managed to save a trove of treasures from ISIS’ destruction. Elizabeth Palmer reports.

Thanks to the Russian military. Is it that hard for American news to admit this?

The fate of the Syrian nation again is at stake, its enemy far more formidable than ruthless Ottomans. Imperial America wants dominion over planet earth, no matter the cost in human lives, misery and mass destruction.

RECOMMENDED SOURCE ON SYRIA EVENTS: The Syrian Arab News Agency
About the author

EU may be on the brink of bolting the American alliance, charting independent course.

Aleppo Ceasefire: ‘US Ploy to Buy Time for Terrorist Reinforcements’

The American media is worse than useless: Union...