Home ANNOTATED NEWS Trump and the Presidency: An Alternative Scenario?

Trump and the Presidency: An Alternative Scenario?

Special to The Greanville Post | Commentary No. 43: “Trump and the Presidency: An Alternative Scenario?”

“If he were to suffer a particularly humiliating electoral defeat, the Trump brand could be finished…” 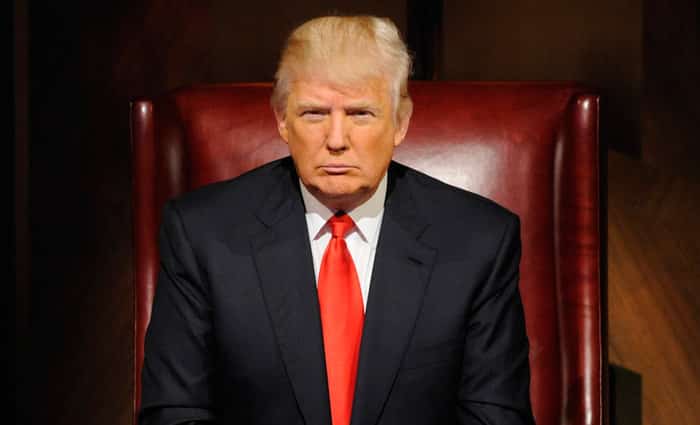 NBC’s The Apprentice put Trump on the map as an “A-List” celebrity. The show—one more inane celebrity vehicle— buffered Trump from actual scrutiny, concealing his true personality and appalling ignorance and superficiality.

You may recall that back in 2012, Donald Trump also ran for the Repub. Nomination for the Presidency.  At least he made the appearance of running.  But fairly on, Larry O’Donnell, who has the “The Last Word” on MSNBC each weeknight, said, quite authoritatively, that Trump would not stick with it.  He was doing it only to garner publicity for himself.  There was a date certain (in March of that year as I recall) by which Trump would have to declare that he would be back for another season of The Celebrity Apprentice or he would forfeit the opportunity.  Sure enough, at the deadline Trump pulled out the race and went back to his sinecure.

This time around, just about a year ago, as Trump was gearing up for his next run for the Repub. nomination, NBC canceled The Celebrity Apprentice, in the first instance because of his wildly off-the-wall anti-Mexican immigrant remarks.  (In 2012, however, NBC stood by as Trump provided the first leadership-with-national-visibility for the openly racist “Obama’s a Kenyan” movement.)  Trump, as is too well known, then moved on to xenophobia, misogyny, racism, and the politics of personal attack (which often has the tone of the above prejudices).  It certainly has appeared that he is serious about the nomination, and winning the Presidency too.  And he has many people worried.  For many Repubs. the worry is motivated by the fear that he will lose badly, so badly in fact that he will negatively affect the “down-ticket” races, especially among the endangered Repub. Senators.  For many of the rest of us the worry is about what would happen to this country and the rest of the world should he win.  (And indeed he might.  How that could happen and what he would do as President right up front, we’ll get to at another time. Of course, the same political calculus applies to the despicable Hillary Clinton, except the latter is a far more slippery character, much more practiced in the art of mass deception.)

[dropcap]B[/dropcap]UT, and I know that I am going way out on a limb here, he may not be the Repub. Candidate for the Presidency.  This occurrence would in part be the result of planning for that eventuality and in part because Trump never expected to get this far, and getting this far has put him at great personal risk (and I do NOT mean risk of only the physical sort which, in his case, as an explosively polarizing demagog, is very real although he appears oblivious to such possibility).  First, could Trump have actually expected that he would win the nomination?  Well, along with most professional political analysts and historians, no he couldn’t have expected that.

It is unlikely that at the very beginning he could have anticipated just how attractive the setting up “the other(s)” as convenient targets on which to blame everything (and in this he has much in common with fascism) would be.   But he was facing a group of opponents weak on both policy and style, and his style of venomous personal attack, whether on individuals or groups, while staying away from policy except in the most general terms, that appeals so much to his base within the general Repub. Base, proved to be remarkably effective in the small electoral universe of the Repub. Primaries.  And so here he is, as the presumptive nominee of his sometime party.

While Hillary has her emails, Trump has his income tax returns.  What’s in the former could still derail Hillary (which is why, as I and some others have been saying for quite some time, that is why Bernie is formally staying in the race).  What’s in the latter could conceivably derail Trump.

But not so fast, even at this point, is what I am saying.  For while Hillary has her emails, Trump has his income tax returns.  What’s in the former could still derail Hillary (which is why, as I and some others, have been saying for quite some time that that is why Bernie is formally staying in the race).  What’s in the latter could conceivably derail Trump.  Which, in my view, is why he is so desperately trying not to release them.  Trump has been running, at least to his crowds, on both the “I’m just like you” theme (when it comes to hatred of “the other”) and the “I am nothing like you” theme (when it comes to his wealth and his success as a businessman).  (That for most people trying to do that just wouldn’t work because of the internal contradiction, for Trump it does because he lives on contradiction — taking opposite sides on the same question at different times and then claiming, visual/documentary evidence to the contrary notwithstanding, that his most recent position is what he has always believed.)

[dropcap]B[/dropcap]ut supposing that his income tax returns revealed the following (and some are speculating on one more of these as possibilities): he is not nearly as wealthy as he says he is; he has money, significant amounts of it, stashed overseas (the Cayman Islands, anyone[!?!]); he has been personally as well as corporatively bankrupt (revealing that he isn’t such a great businessman after all); he uses every accountancy trick in the book to keep his tax liability down; just as he did very long ago, he still doesn’t pay much, if any, income tax; given whatever level of wealth he has, he doesn’t give away much of a percentage of it on a regular basis; and then, the figures from the latter could reveal a presumption of tax fraud or a Ponzi scheme, perhaps; and then, further, possibly, his dealings with criminal elements did not end in the 1980s.  And who knows what else might be hidden in there that Trump desperately does not want coming to the light of day, lest criminal charges grow out of them 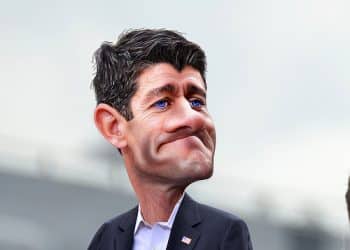 Paul Ryan —as sleazy as he is cunning—may be the default candidate for a panicked GOP. Poor America.

And then, internal polling, done by the RNC, for Trump doesn’t do that sort of thing, could reveal that regardless of what certain polls show, Trump has no chance of winning, even against Hillary Clinton.  And Trump doesn’t like to lose.  Glitter (what’s left of it) is coming off the name that he has been living off of over the last 10-20 years at an increasing rate.  If he were to suffer a particularly humiliating electoral defeat, the Trump brand could be finished.  And so, here’s a possible scenario.

About a week before the Repub. Convention, still not having released those tax returns, he announces that he is withdrawing as the Presumptive Nominee.  Why?  He couldn’t possibly get a fair shake from “The Media.”  (Why by golly he is actually asked about whether he made contributions he claimed to have made for which there is not records, and he is asked to explain how come he says “yes” on an issue in one month and then “no” in the next.)  Have you noticed that he has been going after “The Media” with ever-increasing venom in the last week or so?  This could just be “Trump being Trump.”  Or it could be part of an exit strategy to avoid, yes, prosecution.

Such a strategy would be based on an attack on “The Media” that would make his current attacks look mild by comparison: “they are all against me.  I just cannot get a fair shake, and that’s so unfair.  The table is so tilted against me that I cannot possible win.  And that would not be fair to the American people” expressed in language that no ordinary politician would think of using.  And so on and so forth, as only (so far) Trump can do that sort of thing.

And so who do you suppose would be waiting in the wings, possibly even by design?  Why none other than Pretty Boy Ryan.  And he could actually beat Hillary.  How about them apples?

Jennifer Loewenstein: Zionism Is ‘A Particularly Pernicious Form Of Nationalism’