Donald Trump: Turning the Corner Towards Fascism (But First Let’s Define It)

Special to The Greanville Post | Commentary No. 45: “Donald Trump: Turning the Corner Towards Fascism” 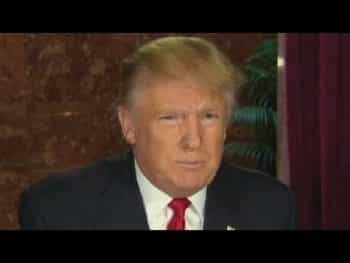 [dropcap]V[/dropcap]arious observers, analysts and political figures have been labelling Donald Trump as a “fascist for quite some time.  In a column published in this space last October I considered some of the aspects of that appellation, where Trump qualified and where he did not.  Right-wingers have called him fascist, in this case one Dan Hodges from Great Britain (which may be Little England by the time you read this): “Donald Trump is an outright fascist who should be banned from Britain today.”  In The New Republic one Ryu Spaeth referred to him as a “scary fascist.”  (By-the-by, unless one is a fascist oneself, is there any other kind?)  Mediaite.com noted that Trump was being compared to Hitler.  He has also been referred to as a “proto-fascist,” whatever that is.  It happens that most observers using the term don’t stop/bother to define it.  But if the term is to have meaning historic/political meaning if and when it is applied to Trump, it is in my view vital that that is done.

Recently, , a Professor Emeritus of Economics at Drake University, published a very important consideration of just what fascism is, and how it is distinguished from mere authoritarianism/totalitarianism.  The paper is very significantly entitled: “Distorting Fascism to Sanitize Capitalism.”  Prof. Hossein-zadeh begins his paper thusly:

“The facile and indiscriminate use of the term fascism has led to a widespread misunderstanding and misuse of its meaning. Asked to define fascism, most people would respond in terms such as dictatorship, anti-Semitism, mass hysteria, efficient propaganda machine, mesmerizing oratory of a psychopathic leader, and the like. … Such a pervasive misconception of the meaning of the term fascism is not altogether fortuitous. It is largely because of a longstanding utilitarian misrepresentation of the term. Fascism is deliberately obfuscated in order to sanitize capitalism. Ideologues, theorists and opinion-makers of capitalism have systematically shifted the systemic sins of fascism from market/capitalist failures to individual or personal failures.”

The fascist regimes that dominated major parts of the globe from 1919 to 1945, for example in Hungary (from 1919), in Italy from 1922 (and of course it was Mussolini who gave the name to the governmental form), Japan from 1935, and of course Nazi Germany from 1933, all arose to defend capitalism against one form of socialism or another (or even liberal democracy, if the capitalist ruling class viewed it as a threat to their economic dominance).  As Prof. Hossein-zadeh points out, it is of critical importance to understand that this is the central defining characteristic of this special form of authoritarianism, if it is to be effectively combatted.

Since I wrote my book on the future rise of fascism in the United States The 15% Solution: How the Republican Religious Right Took Control of the U.S., 1981-2022 (originally published in 1996 under a slightly different title, The 15% Solution: A Political History of American Fascism, 2002-2022, I have always been careful to carefully define the term.  In fact, in my book, there is a 10-page Appendix (II) devoted to the subject.  Currently, I am using the following short definition:

“A politico-economic system in which there is: total executive branch control of both the legislative and administrative powers of government; no independent judiciary; no Constitution that embodies the Rule of Law standing above the people who run the government; no inherent personal rights or liberties; a single national ideology that first demonizes and then criminalizes all political, religious, and ideological opposition to it; the massive and regular use of hate, fear, racial and religious prejudice, the Big Lie technique, mob psychology, mob actions and ultimately individual and collective violence to achieve political and economic ends; a capitalist/corporate economy; with the ruling economic class’ domination of economic, fiscal, and regulatory policy.”

[dropcap]T[/dropcap]o date, Donald Trump has been demonstrating certain elements of this definition.  He has expressed his interest in expanding Executive Branch control over various aspects of the government, from the serious, promising a police organization as per which he would make sure that the death penalty was applied to any killer of a policeman (he did not use the word “convicted” in that sentence) to the ridiculous, nodding vigorously towards Bill O’Reilly, he stated that he would prevent department stores from using the term “Happy Holidays” instead of “Merry Christmas.”  He has stated that the judges he would nominate would all have a far-rightist Republican political ideology (or at least the last of potential Supreme Court nominees that he released all indicated that that would be the case.  To the extent that he has read and understands the Constitution he seems to have little respect for it, at least when it comes to the doctrine of the separation of powers and the prohibition of the use of torture which is found in the Treaty Clause of Article Six.  He is for the criminalization of abortion (at least some of the time).  And then we get to: “the massive and regular use of hate, fear, racial and religious prejudice, [and] the Big Lie technique . . .”  which we need not detail again here (since we just did it in the previous column[!]).

Nevertheless, I have refrained myself from calling Trump a “fascist” or his movement “fascistic,” as hate filled, xenophobic, media-phobic (except when it is positively focused on him), because there has been no clear relationship between Trump’s movement and any significant sector of the ruling class.  In fact, as is well known, significant sectors of the ruling class, represented by the upper levels of the Repubs., have been shying away from him.  He has been funding his campaign almost entirely out of his own pocket (that is, apparently, using his own pocket to loan his campaign money rather than spending it outright).  But that is beginning to change.  Trump is now raising money from a very significant sector of the ruling class: major hedge fund managers, bunches of them.  Even though hedge funds aren’t doing nearly as well as when they were known in the vernacular as “Insider Trading Funds,” they still command tons of money and still play a substantial role in the financial sector of capitalism which is responsible for a significant amount of the profits that capital makes these days.  One example of the type of Trump-supporter to be found at the meeting reported upon by The New York Times was one “John A. Paulson, whose hedge fund made billions betting on the collapse of the housing market.” (Yea, betting on social tragedies is par for the course under capitalism’s completely amoral logic.)

Adolf Hitler and the Nazi Party truly launched themselves on the road to their dictatorship when the immense German corporation Thyssen Steel —in conjunction with the embittered reactionary officer corps of the German army—became a financial backer of theirs in 1923 (and happened to bring in certain foreign donors, including one U.S., George Herbert Walker (sound familiar?).  Admiral Horthy came to power in Hungary following a communist revolution that almost succeeded.  Mussolini—a former socialist— came to power originally in part to crush the trade unions which were gaining significant power in post-World War I Italy.  Fascism arose in Japan in 1935, for similar reasons.  And of course the Nazis came to power in order to crush the Communist and Social Democratic Parties, in 1933, which were making significant gains on the electoral side of politics.

Trump is now, finally, getting in bed with capitalists other than himself.  Combined with all of the other characteristics of the man and his movement, it can indeed be said that it has moved on from one built on the Cult of the Individual to one that, while surely not leaving that behind (for it stands at the center of the successes the man has had so far), is now developing a fascist nature, as it becomes intertwined with the capitalist ruling class and their drive to defend themselves and their positions.

Of course, its is scant consolation for a public  cornered into a no-real-choice situation, that the other presumptive standard-bearer for the duopoly, Hillary Clinton, is equally, perhaps more reliably, committed to defending the global and domestic interests of the super rich.

His most recent book on politics is The 15% Solution: How the Republican Religious Right Took Control of the U.S., 1981-2022: A Futuristic Novel, Brewster, NY, Trepper & Katz Impact Books, Punto Press Publishing, 2013, and available on Amazon.

Mr Jonas when u go on explaining fascism u r absolutely spot on . Benito Mussolini wrote the book Lo Stato Corporato The Corporate State and in the political science field it is considered the modern day manual of modern fascism. The salient points u make about fascism is a reflection of modern day USA. So for Sanders and Hitlary to call Trump a fascist is like the pot calling the kettle black.