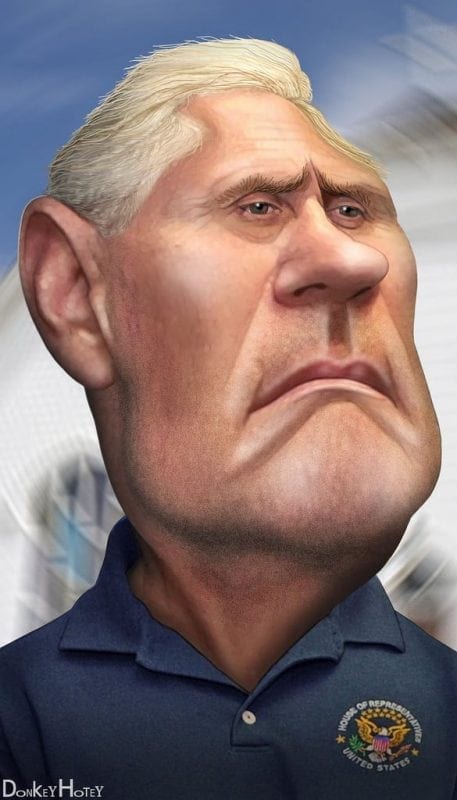 The way things are going both within Donald Trump’s head and the 2016 Presidential election campaign it is unlikely that he will win it.  (Although, hey you never know.  He might turn in a decent performance at the second Presidential debate, or decent in terms of the very low bar that his campaign, the media, and certainly his die-hard supporters set, and turn around the downward polling trend that was clear as the end of the week of October 3 approached.  Also, the “October Surprise,” in terms of a “terrorist attack” or something similar that in a column back in August I predicted might happen, might indeed happen, and turn the entire election on its head.)  But let’s say that none of things mentioned just above do happen, and Trump does lose, most likely reasonably badly.  Well, the wagons are already circling around the Repubs., well away from Trump, who is a Republican on the racist/economic side, but hardly one on the foreign-policy side, and who only lately has come to the Party’s position on the matter of religious discrimination in matters such as abortion rights.

And they are circling around the most reactionary mode of Republicanism — that is the classic Repub.  program of tax cuts for the rich, elimination of every regulation of business and the environment that it is possible to eliminate, further expanding the world’s most dominant and expensive military, and so and so forth.  Paul Ryan has already stated very clearly what he would do with Trump in the White House to get around a Democratic filibuster in the Senate, in order to enact in one monster piece of legislation the whole Repub. right-wing economic/anti-regulatory agenda.   And then, PLUS, whether or not Trump wins or loses, finally coming down hard and openly for Right-wing Christian Fundamentalism, not just in the platform, where it has been since the time of Reagan, but also most firmly in the person of their Presidential candidate, where to date it has never been.

And so, here we have Mike Pence (Governor of Indiana), Exhibit One.  And Senator Ted Cruz, Exhibit Two (or maybe in the reverse order.  But let’s look at Pence).  They have both assumed, it is clear, that Trump will lose and, in different ways, they are positioning themselves to be the early favorites for the 2020 Repub. Presidential nomination.   Briefly on Cruz, he could have been modelled on the lead character in my book, The 15% Solution: How the Republican Religious Right Took Control of the U.S. 1981-2022, who was the first, and last, true fascist President of the United States, later of the apartheid state, The New American Republics, one Jefferson Davis Hague.  I wrote a detailed column on this supposition back in March, 2015.  He is far-right on every conceivable policy/issue, but further, he is a Dominionist, that is he places the Bible (one particular version of it, the King James first official English translation) above the Constitution.  He has phumphered around with non-endorsement-voting-for-endorsement of Trump.  Much more importantly, in looking at 2020 he has placed two top supporters in the leadership of the Trump campaign, and one of his principal moneymen has come along with them.  There they will all be gaining valuable experience, while lining up future supporters, on the q.t. for now.

But then we come to Pence.  He had thought about running for the Repub. nomination in 2016.  He was actually an early Cruz supporter, who then switched to Trump when the former dropped out.  As far as I can tell, he has not yet been openly labelled as a Dominionist, but his policies clearly place him in that camp.  Not particularly in order of importance:

1. There was an outbreak, epidemic really, of HIV/AIDS in South Eastern Indiana, related to the use of dirty needles by IV drug users.  Pence believes the scientifically disproven myth that the provision of clean needles to such persons helps spread addiction (which is, of course, a sin donchaknow, as well as being illegal).  Eventually, his public health people and local authorities got to him in terms of persuading him to do something.  The first thing he did was to “pray on it.”  For some reason, that didn’t seem to work, so he reluctantly approved needle exchange.

2. Then there was his well-known support of so-called “religious freedom” legislation in Indiana which legalized discrimination against the LGBT community.  As I have pointed out frequently, this kind of legislation allows members of one religion, with the support of the State, to discriminate against members of another religion (and there are plenty of LGBTQ people who are religious).

3. As a member of Congress, Pence led a fight to de-fund Planned Parenthood, back in 2011.  Quoting from an article that appeared at the time:  “Abortion-rights advocates and abortion-rights opponents don’t see eye to eye on much, but they do agree on this: Nobody hates Planned Parenthood quite as much as Mike Pence.”  Why?  Because a small portion of their budget goes to the provision of abortion services, none of them funded with Federal money (which would be against the current religion-based, religiously-biased law).

4. Finally, Pence’s position on abortion, but more importantly the basis for that position, became perfectly clear in the last segment of the Vice-Presidential debate between him and Tim Kaine on October 2, 2016.  Pence actually quoted a verse from the particular version of the Bible that he favors to justify his position that abortion should be illegalized.  (He attempted to separate himself from Trump’s sometime position that women having abortions should be punished, mainly by lying and stating that Trump never said that.)  Briefly, this so-called “man of religious principle” certainly did lie a lot in claiming that Trump didn’t say a whole bunch of things for which there is video-tape evidence showing otherwise.

[dropcap]I[/dropcap]t should be noted that the particular translation (from Latin and Greek — hardly a unified text to begin with) of the Bible that Pence would like to make the underlying basis of all U.S. law — the “King James” version, was a prepared by a committee of 52 scholars and theologians at the time of the accession to the throne of England of James VI of Scotland, I of England.)  But he made it very clear that he wants Roe v. Wade reversed, which would permit states like his to criminalize abortion, on religious grounds.  That is, he would use the power of the State to enforce the religious views of one segment of the population (and it doesn’t matter whether they constitute a majority or not) on everyone else.  That, folks, is called theocracy, operating under a theory of government called Dominionism or Reconstructionism (the U.S. is to be “reconstructed” under religious law).

Trump has run first and foremost on racism and authoritarianism: I, I, I, will do this, that, and the other thing, regardless of the law, let’s say in matters such as the re-institution of torture.  That has locked up a certain base among whites and has also helped with the Religious Right, whose first principle is indeed authoritarianism: that shalt do, under the penalty of the criminal law, what I say that shalt do, based upon my interpretation of a particular English translation of a book called the Bible.  But, because of his own, hardly personally spotless, background, Trump certainly has not locked dup all of the Religious Right.

Thus, assuming that loses, if the Repubs. want to have a future, they are going to have to further consolidate their base in the Religious Right and get those folks out to vote.  The racism will be there of course, although they will likely go back to the dog-whistle approach.  But then, they will have to have a candidate who is the genuine article when it comes to Right-wing religious fundamentalism, put into the law through the Doctrine of Dominionism, authoritarian its core.  In this contest, Ted Cruz leads at this time.  But, in that last element of the Vice-Presidential debate, on abortion rights or none, Mike Pence made it clear that, since neither Mike Huckabee nor Rick Santorum, the original Political Dominionists, can be taken seriously, Cruz will have at least one serious rival in that arena, the next time around.