US Congress is but a cheap brothel, and Democrat whores are for sale along with their Rethuglican colleagues.

Says OpEd News editor Rob Kall:
Here’s one of many reasons we on the real left need to take back the Democratic Party.

Thirteen Democratic senators just nominated themselves for replacement by screwing the American people. They voted against Bernie Sanders’ and Amy Klobuchar’s bill that would have allowed importation of lower cost pharmaceuticals. This bill would have passed if they’d supported Sanders and Klobuchar, since a dozen Republicans voted for the bill.

AND HERE’S THE WHOLE STORY BY THE INTERCEPT

The policy has widespread support among Americans: one Kaiser poll taken in 2015 found that 72 percent of Americans are in favor of allowing for importation. President-elect Donald Trump also campaigned on a promise to allow for importation. 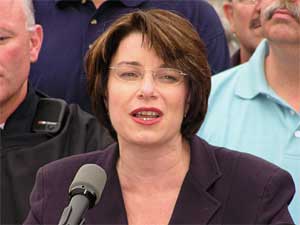 One of those Democrats was New Jersey’s Cory Booker, who is considered a rising star in the party and a possible 2020 presidential contender.

AMBITIOUS AND UNPRINCIPLED TO THE MARROW, BOOKER IS PEDDLING HIMSELF AS THE SECOND COMING OF OBAMA, WITH HIS EYE ON THE 2020 ELECTORAL CIRCUS. The media, of course, already loves him. Guys who represent only empty symbolism over substance are always welcome. Booker and some of his Democratic colleagues who opposed the Sanders amendment are longtime friends of the drug industry. As MapLight data shows, Booker has received more pharmaceutical manufacturing cash over the past six years than any other Democratic senator: $267,338. In addition, significant numbers of pharmaceutical and biotech firms reside in Booker’s home state of New Jersey.

This argument is the same one offered by the pharmaceutical industry. The Pharmaceutical Research and Manufacturers of America (PhRMA), which lobbies against importation, maintains that it opposes importation because “foreign governments will not ensure that prescription drugs entering the U.S. from abroad are safe and effective.”

The safety excuse has long been a refuge for policymakers who don’t want to assist Americans struggling with prescription drug costs. Bills to legalize importation passed in 2000 and 2007, but expired after the Clinton and Bush administrations refused to certify that it would be safe. The Obama administration also cited safety concerns when opposing an importation measure in the Affordable Care Act.

A second amendment Wednesday, authored by Democratic Sen. Ron Wyden, would have allowed importation pending a safety certification, just like the previous laws passed on the subject. It also failed. Sen. Bob Casey, D-Pa., used that amendment to claim on Twitter that he voted “to lower drug prices through importation from Canada,” and Booker referred to the Wyden amendment in his statement as well. This is a well-worn tactic from opponents of importation to mislead their constituents, as they know such certification will never occur.

The safety excuse is mostly a chimera, as most of the drugs that would be imported from Canada were originally manufactured in the United States; they’re just cheaper there, because the Canadian government uses a review board and price negotiation to make drugs more affordable.

Democrats blocked importation from becoming part of the Affordable Care Act in 2009, with over 30 votes in opposition, because they feared it would have pushed the pharmaceutical industry to oppose the underlying legislation. They also voted in large numbers to oppose importation as part of an FDA bill in 2012.

Booker and some of his Democratic colleagues who opposed the Sanders amendment are longtime friends of the drug industry. As MapLight data shows, Booker has received more pharmaceutical manufacturing cash over the past six years than any other Democratic senator: $267,338. In addition, significant numbers of pharmaceutical and biotech firms reside in Booker’s home state of New Jersey. Other Democrats receiving six-figure donations from the industry, like Casey, Patty Murray, and Michael Bennet, opposed the amendment.

General Hercules
January 14 2017, 12:59 p.m.
The first thing that we are going to do is ban the advertisement of all kinds of drugs and medicines. There is no need to advertise prescription drugs, or go and suggest to the doctor to prescribe them unnecessarily. The only exception would be medical journals where the readership is only doctors and pharmacists for the most part.

If any drug or medicine is advertised, then the drug manufacturer will immediately forfeit any intellectual property claim and allow the import of matching generic drugs that cost a fraction of the price at which they sell their drugs.

I had stopped watching for two reasons. One is, of course, I have lost patience waiting for them to tell some truth. The second is the constant barrage of all kinds of medicines that I don’t need, but that my life would be futile if I didn’t consume them.

The main reason why the Hillary supporters are so upset is because Trump did not take a penny from the dishonest pharmaceutical companies, and so we are no longer obliged to support their nefarious practices. Ted Cruz and Hillary Clinton were their preferred candidates, but the Lord has listened to our prayers and got rid of them before they could prolong this Obamacurse.

Milton
January 14 2017, 11:51 a.m.
Hopefully it isn’t necessary to elaborate extensively on the ridiculousness of the “safety” argument. The drugs are apparently good enough for Canadians, and most of them are shipped directly from the U.S. anyway, so in many cases, it would be a matter of RE-importing rather than simply “importing”.

But let’s ASSUME there’s a risk involved and examine the choices for a person in the U.S. who has trouble paying for prescription drugs. Under the current system, their options are:

A. Forego taking the prescription drugs entirely.
B. Cut back on heat, food and other essentials to buy expensive medications.

Repealing the ban would provide an additional option.

C. Take the much less expensive imported versions and accept the “risk” involved.

Even if you accept Booker’s bullshit “safety” argument, shouldn’t the individual consumer have the freedom to make their own decision weighing the risk vs. reward of the imported medication?

Torontonian ↪ Casey
January 14 2017, 2:14 p.m.
Exactly! which just proves there is little to NO difference between either Party

HopeWFaith
January 14 2017, 11:18 a.m.
NJerseyans cannot count on Booker, cannot count on Menendez. BOTH have the monied interests in their POCKETS and are not in any way dedicated to what is good for the PEOPLE of NJ. Do not believe anything either of them says. In one day Menendez voted NO to a Bill, and sent out emails telling us, 24hours later, YES to the same Bill in amended version. But no email to us, telling us of THAT change in Vote. LIARS – CHEATS – MONEY is all they know. People do not matter.

jimbo
January 14 2017, 10:42 a.m.
I hadn’t realized before that Booker was stupid enough to put corporate profits above people. The “safety” issue is transparent hogwash. Now it’s clear on which side his toast is buttered.

Re: “The safety excuse is mostly a chimera, as most of the drugs that would be imported from Canada were originally manufactured in the United States; they’re just cheaper there, because the Canadian government uses a review board and price negotiation to make drugs more affordable.”

I think the authors perhaps in another follow up article could elaborate more on this point by examining and contrasting the policy differences between the U.S. and Canada. They should pay particular attention to the differences in the business model as it applies in practice to prescription drug use advocacy both here and in Canada. This includes off label use for medications that are far less efficacious in the treatment of a particular malady but nevertheless increase the bottom line of the manufacturer promoting it. This should not be limited to spending by lobbyists, commercial advertising ,and the increase in government\industry partnerships of public universities in directing fundamental research, and funded by citizen tax receipts. This can indeed be construed as a Chimera

Be careful what you wish for .. for the devil is in the details…

frets
January 13 2017, 11:29 p.m.
I hope the Clintonistas are listening. The very ones that gave this country to the gop and trump. I will never vote for a corporate dimocrap so stick that under your pillow because you will lose the next time you try to ordain a corporate wallstreet whore. The ignorant dimocraps are the ones responsible for the trump/gop occupation and booker is a shining example of how to throw it all away.