Doing a 180 with Hunter S. Thompson

Truth is a slippery and elusive beast at best.  Hunter S. Thompson nailed the truth about truth as well as anyone with these few words:  “It’s never as it seems, Bubba.”  The best we can hope for is to understand a few things about our own lot in life and our place on the food chain.  Unless you happen to be a card-carrying member of the World Shadow Government, Council on Foreign Relations, Trilateral Commission, Bilderbergers, or your name is high on the Forbes World’s Billionaires List, you have no real way of knowing what’s going on.  It’s really none of your business.  You are nothing but a commodity.  A natural resource to be harvested at the whim of your masters.  A wage-slave with a few advantages over the other beasts controlled by your overlords.  Like cattle, swine, and poultry, you will be consumed.  Not likely eaten, but used and abused until you make your final exit.  And most of us will go to our graves, never understanding our own captivity.  Never knowing we are slaves.  Never equating the national boundaries of our countries of birth with cattle pens, pigsties, and chicken coops.

Underlings like you and I are raised on a steady diet of lies and misinformation from birth.  As young children, we are told tall tales by trusted adults.  Tales of Santa Claus, The Tooth Fairy, and The Easter Bunny dance in our vulnerable little heads, and we believe without question.  Why not?  The rewards are great.  Presents under a tree, cash under our pillows, chocolate bunnies, and smiles.  Mindless faith equals sweet rewards.  Of course our parents know that they’re blatant liars, but they’re just continuing the tradition.  To spill the beans about Santa Claus to an innocent child is akin to kicking a puppy or shoving an old lady into oncoming traffic.  Despicable. The lies must go on.  Truth has no value in this society.  Capitalism feeds on falsification and fairy tales.  Santa Claus, as we know him, was invented by a Coca Cola employee.

[dropcap]P[/dropcap]eople who take the pledge and sell themselves to the Military become simply part of the most ferocious and violent killing machine in history.  We shower them with thanks for their service, when we should, instead, forgive them, for they know not what they do.  It’s never as it seems, Bubba.

And so as adults, we readily and unquestioningly accept nearly every lie thrown at us, learning that doing so insures us a place of acceptance in society.  Gradually, as the lies of childhood are cast aside, new, mature versions are embraced.  Organized, institutional, man-made religions promise us eternal bliss in exchange for groveling prayer and cash donations.  A crucifix, crescent moon & star, or Star of David dangles from our necks, so strangers can tell which team we’re on, and whether they should look at us, speak to us, bomb us, or do business with us.  We gladly accept far-fetched tales of saviors who walk on water, turn that water to wine, and arise from the dead.  Tales which rival stories of a fat, bearded man delivering presents from a flying reindeer-driven sleigh in the middle of winter.  Tall tales with a mature theme for adults seeking the bliss of comfortable, childish lies. 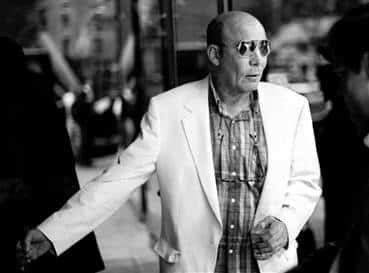 The ‘Inevitable’ War Against Iran & The Decline Of US Hegemony