HELP ENLIGHTEN YOUR FELLOWS. BE SURE TO PASS THIS ON.

Last month, Senator Bernie Sanders (I-Vermont) promised single payer activists that he would introduce his single payer bill in the Senate within the next couple of weeks.

Now, according to Sanders’ staff, it’s not going to happen. 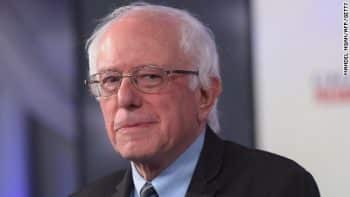 People who still put trust on a transparent demagog like Sanders are a testament to the incurability of liberal imbecility.

In putting single payer on the back burner, Sanders has reverted to his November 2016 position when his staff told activists that no single payer bill would be introduced in the Senate because the Democrats wanted to focus on defeating the Republicans.

“It’s one thing for Bernie Sanders to lead his followers back into the established Democratic Party,” consumer advocate Ralph Nader said. “But why can’t he pull the Democratic Party to adopt his highly popular agenda, led by single payer, which garnered many millions of voters last year? Those voters must be starting to wonder.”

Kevin Zeese of Health Over Profit said that Sanders decision not to introduce the single payer bill “shows what Sanders’ priorities are.”

“He has always said saving the Affordable Care Act comes before creating single payer,” Zeese said. “But it’s a mistake. Sanders says he wants to fix the problems of the ACA. How do you fix problems like 30,000 people dying every year? Single payer Medicare for all.”

“Sanders is reverting to his original position from last year — I’m not going to introduce single payer because we have to show a united front against Trump,” Zeese said. “But it could be weeks before the Senate does anything.”

One hundred and nine Democrats (109) in the House have already signed onto John Conyers (D-Michigan) single payer bill — HR 676.

Not one of those Democrats is from Connecticut, Nader’s home state.

And Nader today sent a letter to the five of them — Congressmen Joe Courtney, John Larson and Jim Jimes and Congresswomen Rosa DeLauro and Elizabeth Esty.

“Not one of you — members of the Connecticut Congressional delegation — has co-sponsored HR 676,” Nader wrote.

“This despite majoritarian support, with a recent Pew poll showing85% of Democrats and Democrat-leaning independents saying the federal government should be responsible for health care insurance.”

“Why are you not representing your constituents on this critical reform that, as demonstrated in other countries, is much more efficient, provides much more choice and has better outcomes?”

“The uniformity of your non-participation in this growing legislative movement sticks out like a sore thumb.”

“Even colleagues of yours from Mississippi, South Carolina and Tennessee are co-sponsors.”

“It would behoove you in your forthcoming town meetings during the Congressional recess next week to discuss the reasons why for so many years you have avoided endorsing HR 676.”

“I have asked several people in Connecticut, who are your voters, why you have taken your rejectionist stance.”

“Their responses boil down to one word – Aetna.”

“Surely you don’t believe that, do you?”

“Or is it another word — Pelosi. Surely you don’t believe that, do you?”

“Let’s have the explanation come not from third parties or hearsay but straight from each of you — in some detail, please.”

“The uninsured and underinsured people of Connecticut would be interested in your responses. So would I.”

About the Author
Russell Mokhiber is the editor of the Corporate Crime Reporter.

Macron and Le Pen: Two Faces of the Same Con

Way to go Bernie. You are nothing but another Democrat, say what you need to at the time then back pedal to more of the same-old-same-old. Big talk no action, just a Democrat in Independent clothing.