A Cure For Mad Trump Disease

MAKE SURE YOU CIRCULATE THESE MATERIALS! BREAKING THE EMPIRE'S PROPAGANDA MACHINE DEPENDS ON YOU.
Dateline: Posted on August 28, 2017 It used to be that things got worse by the year, the month, the week.

Now things are getting worse by the day, by the hour . . . by the minute!

This is hardly from a lack of outrage, calls to action, shrill cries of desperation.

Having said that, and more importantly, recognizing that none of what we are doing on the genuine progressive left is making one whit of difference, maybe it’s time to admit that our calls to action, our shrill cries, our outrage, are either misdirected, ill-conceived, or lacking necessary focus.

We have to do something soon.  We’ve lost so much time, momentum, misplaced so much faith and hope, squandered energy and dreams on pointless protests and ill-fated schemes, invested time and trust in unworthy leaders and duplicitous saviors.  Time has run out.

As long as we continue on the present course, we will continue to fail to achieve the one and only thing which can make a difference:  POWER!

Here’s a video I just did for Revolt Against Plutocracy summarizing what I believe to be the only viable plan to confront the corporate totalitarianism and tyranny by the ruling elite which is now nearly absolute and irreversible.  The text of the presentation follows.

A CURE FOR MAD TRUMP DISEASE

Practically all I see on the news is Trump did this and Trump said that.  Trump tweeted this and some White House insider has the scoop on Trump’s next outrageous move.

And as probably the most unpopular president in our history, all anyone can talk about is impeaching him.

Well, let me clue you in, folks.  This obsession with the orange autocrat is one huge waste of time.  That’s right.  It’s going nowhere and will end up nowhere — at least in terms of solving our problems and getting some things done for a change.

First off, if we get rid of Trump, then we have Pence.  Next in line of succession is Speaker of the House, Paul Ryan.  Good grief!  With both chambers of Congress under control of the Republicans, we can only expect to go from bad to worse.  Don’t push these lunatics or we’ll end up with President Ted Nugent.

But that’s not even the real point.  The simple, brutal fact is even if we had Bernie Sanders or Al Franken or Jesus Christ as president, still nothing would get done.  The Republicans control the show.  Period!  If that wasn’t enough cause for outrage and despair, on most of the things the majority of citizens want done, the Democrats side with the Republicans.

You think I’m making this up?  Just check the record.

So let me cut to the chase.

Forget Trump.  Forget about his Tweets, his pussy-grabbing, his bellicose remarks, his tax returns, his supposed friends in the Kremlin.

You want to get something done?  We need a people’s Congress.  We need to elect legislators who are on the side of the vast majority of U.S. citizens, ones who put people first, not the profits of Wall Street and transnational corporations.

And that means we need to get rid of the corporate lapdogs, our pay-for-play legislators on both sides of the aisle and put some good, honest, hard-working folks in office, ones who we know with certainty will go to Washington DC and represent us, the people who elect them — not their deep-pocketed corporate benefactors, not the rich and powerful, not their country club friends.

That’s exactly what we at Revolt Against Plutocracy are doing.  We’re going for broke in this coming election.  We’re shooting for where the real power is . . . the U.S. Congress.

We have a candidate contract called a CFAR which spells out in black-and-white what we expect a candidate to do.  If they sign it, great.  We’ll get behind them in the November 2018 election.

If they don’t sign it, we’ll find a candidate who will.  We’ll only vote for candidates who have signed the CFAR, even if we have to write them in.

Mind you, this has nothing to do with party or ideology.  We’re fed up with the games.  We’ve had it with party politics, identity politics, divide-and-rule politics.  The major parties along with the media play us off against one another, keep us confused and at each other’s throats.  No more.  We’re mad as hell and we’re not going to take it anymore!  We’re only voting for individuals who will faithfully, honestly, transparently serve us — you and I — the folks who elect them.

We’ve got a bulletproof plan:  In every race this coming November 2018, we’re looking for the right candidate to do the right job for us.  That’s it in a nutshell.  We’ll know it’s the right candidate because he or she will be signing a legally-binding contract to serve the voters of their district.

You can find out more about all of this at citizensagainstplutocracy.wordpress.com.  Look at the CFAR, the Contract For American Renewal.  See how our strategy is going to turn this whole mess on its head, shake up Congress like it’s never been shaken up before.  See how you can be part of regime change in Washington DC next November.

A Congress that works for everyone, not just the rich and powerful.

And if you’re still worried about Trump, just remember this … “Who sent this guy? We don’t want him either.”

We get control of Congress and we can ship him off to North Korea, if that’s what we decide to do.

More important is that we can start putting the country back on track, addressing the real issues which are challenging everyday citizens and destroying any hope for a decent future for ourselves and our children.

Make no mistake about it.  We need to get control of the House of Representatives and the Senate to get started setting things straight.

With the Contract For American Renewal.  It’s somewhat similar to the Republicans wildly successful Contract With America in 1994, but with a huge difference.  CFAR is grassroots, it’s from the people, and comes with a tactic activists around the country are using to build pledges of support for CFAR candidates and only CFAR candidates.

No other organization in America has a comprehensive plan for the people of this nation to take control of Congress.

CFAR takes the guesswork out of voting and puts every candidate on notice:  We expect honest and transparent representation and we want it in writing.  No negotiation.  No excuses.  No compromise.

Yes, we’re going to get it right for a change.  Join Revolt Against Plutocracy’s efforts to make 2018 a progressive wave election.

And no, BLUE will NOT DO.

CFAR keeps them on the straight and true.

Please go to our website citizensagainstplutocracy.wordpress.com.  Join this people’s movement for a populist agenda.  We’re doing this right.  We and the CFAR candidates have nothing to lose and everything to gain.  Real power for real change. 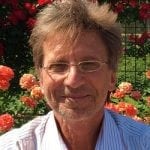 John Rachel has a B. A. in Philosophy, has traveled extensively, is a songwriter and music producer, a novelist, a left-of-left liberal, and has spent his life trying to resolve the intrinsic clash between the metaphysical purity of Buddhism and the overwhelming appeal of narcissism. John Rachel has a B.A. in Philosophy, and has written eight novels and three political non-fiction books. His political articles have appeared at OpEdNews, Russia Insider, The Greanville Post, and other alternative media outlets. Since leaving the U.S. in 2006, he has lived in and explored 33 countries. He is now somewhat rooted in a traditional, rural Japanese community about an hour from Osaka, where he lives with his wife of five years. Daily he rides his bicycle through the soybean fields and rice paddies which sprawl across the surrounding landscape. As of the date of the release of his most recent book, "The Peace Dividend: The Most Controversial Proposal in the History of the World", he has a small but promising organic vegetable garden which begs his attention. You can follow his writing and the evolution of his world view at: http://jdrachel.com "Scribo ergo sum."

JOHN RACHEL—We’re losing the battle!  Time to change tactics! We have to do something soon.  We’ve lost so much time, momentum, misplaced so much faith and hope, squandered energy and dreams on pointless protests and ill-fated schemes, invested time and trust in unworthy leaders and duplicitous saviors.  Time has run out. It’s now or never.