Home AMERICAN BRAINWASH Leave Syria Or Else! ; Iranian General To The US

Leave Syria Or Else! ; Iranian General To The US

Well informed sources have said the commander of the Iranian Revolutionary Guards Corp Brigadier General Haj Qassem Soleimani sent a verbal letter, via Russia, to the head of the US forces commander in Syria, advising him to pull out all US forces to the last soldier “or the doors of hell will open up”. 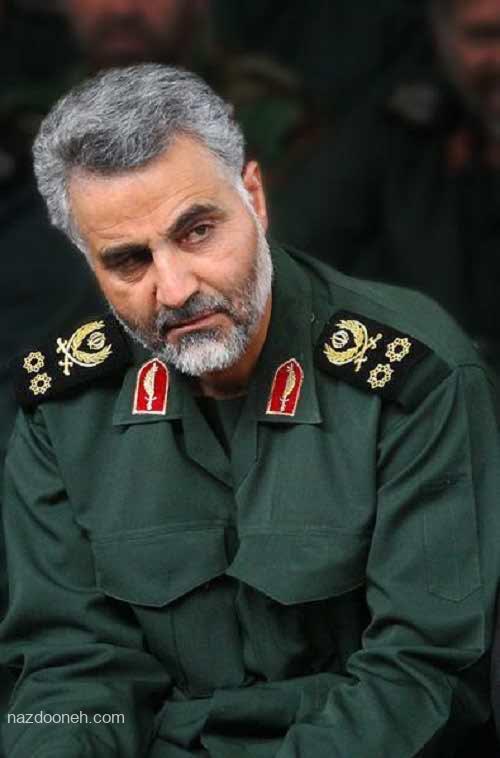 “My message to the US military command: when the battle against ISIS (the Islamic State group) will end, no American soldier will be tolerated in Syria. I advise you to leave by your own will or you will be forced to it”, said Soleimani to a Russian officer. Soleimani asked the Russian responsible to expose the Iranian intentions towards the US: that they will be considered as forces of occupation if these decide to stay in north-east Syria where Kurds and Arab tribes cohabit together.

The Russians are not against the US presence and can adapt to this after defining the demarcation lines to avoid any clash. But Iran has a clear position and has decided not to abandon the Syrian President alone to face the US forces, if these stay behind.

Soleimani’s letter to the US clearly indicated the promise of ‘surprise measures’ against the US: ” You shall face soldiers and forces you have not experienced before in Syria and you will leave the country sooner or later”.

Russia conveyed to the US that Iran will stay in Syria as long as President Assad decides, he who insists in liberating the entire territory from all forces without exception. Russia confirmed to the US its intention to refrain from offering any air support to Iran and its allies in the case of attacks on US forces. From the Russian perspective, the Iran-US dispute is not its concern nor on its agenda.

Mike Pompeo, the US central Agency Director, said last week that he had sent a letter to Soleimani expressing his concern about Iran’s intention to attack American interests (sic) and “will hold Soleimani and Iran accountable for any attack in Iraq”.

Mohammad Mohammadi Golpayegani, a senior aid to the Grand Ayatollah Ali Khamenei confirmed Pompeo’s attempt to send a letter but said  “Soleimani refused to read it or to take it because he has nothing further to add”.

Sources in the area believe it is not unlikely that Kurdish groups – operating in al-Hasaka and who are faithful to the government of Damascus – are willing to be spearheaded against the US forces. Many of these groups remained loyal to Syria: they reject any occupation forces on its land or the partition of the country.

Al-Hasaka 2018 is being widely referred to those 1983 events where hundreds of US Marines and French paratroopers were killed following double suicide attacks by Islamists in Beirut. The multinational forces became hostile rather than peacekeepers and were pushed to leave Lebanon in a rush as a consequence of this attack. The future could well mirror these past events.

This article was originally published by Elijah J M

ELIJAH J M—Russia conveyed to the US that Iran will stay in Syria as long as President Assad decides, he who insists in liberating the entire territory from all forces without exception. Russia confirmed to the US its intention to refrain from offering any air support to Iran and its allies in the case of attacks on US forces. From the Russian perspective, the Iran-US dispute is not its concern nor on its agenda.