Home ABOMINATIONS Why is U.S. not globally condemned for its military occupation of Syria?

Why is U.S. not globally condemned for its military occupation of Syria?

FRIENDLY FASCISM IS HERE—
The sheer in-your-face criminality of the American empire testifies to the absence of democracy, the global corruption of leadership, and the triumph of political propaganda in all aspects of life. 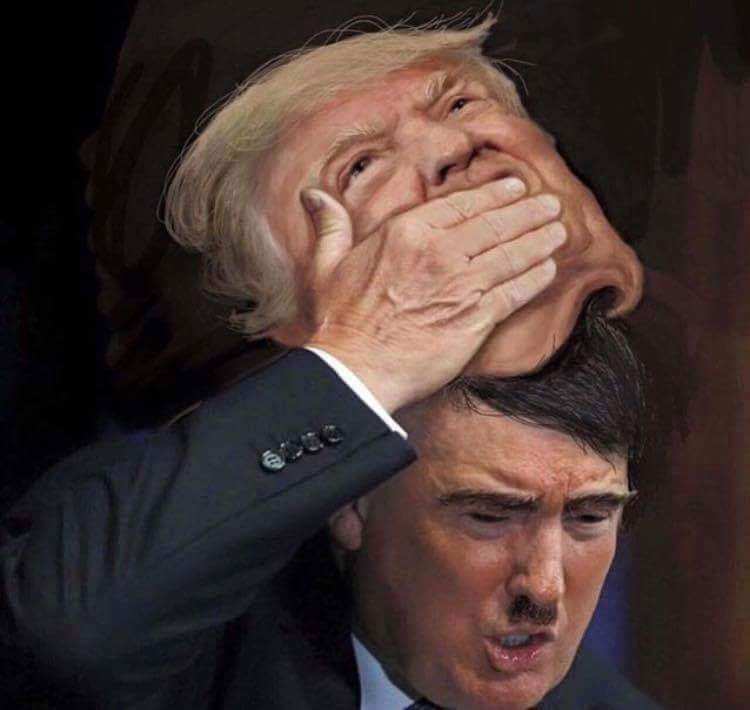 Trump is no Hitler, despite the accumulating parallels, and the witty cartoons that proliferate, but a symbol of the utter fascistization of the US empire, and the decomposition of global capitalism caroming toward its logical and inevitable endpoint.

On February 8th, at the U.N., the Russian Government, through its U.N. Representative Vasily Nebenzia, said against the U.S. Government’s forces in Syria, “They are in fact illegally in Syria, nobody called them there, they constantly assert that they are fighting there against international terrorism, but we see that they go beyond this framework.”

No public response has yet been issued by the U.S. Government.

Furthermore, the U.N. Security Council was presented on February 8th with a resolution condemning the bombing on February 6th of the Russian trade mission in Syria’s capital of Damascus, and this condemnation was blocked by the U.S. and UK delegations, which said that there wasn’t enough “information” about the event to condemn it.

Russia and Syria say that the attack had been done by jihadists, “terrorists,” by a shell fired by armed groups who were deployed in the eastern Ghouta suburb of Damascus, as part of repeated attacks on the Russian Embassy in Damascus, but the U.S. and UK refused to condemn the attack, regardless. Consequently, the U.N. Security Council’s press office was blocked from issuing a statement to the press saying that the Council condemned the attack on the Russian facility in Damascus.

Not only is the U.S. trying to take over part of sovereign Syrian territory (using Al Qaeda and Kurdish forces as their boots-on-the-ground to do it), but the U.S. and its UK ally are, essentially, supporting Al Qaeda allied jihadists who shelled the Russian trade mission in Damascus.

Though the U.S. Congress has not yet declared war against Syria and against Russia, the U.S. Executive branch, the Commander-in-Chief or President of the United States, has placed the U.S. Government at war against both Russia and Syria, and America’s allies are not expresssing disgust at this act by their ally, which violates not only the U.S. Constitution but international law.

Meet the new Adolf Hitler: Donald Trump. Is every other government headed by a Neville Chamberlain of today? If none condemn the U.S. Government, then isn’t it undeniable.

What ‘News’Media in U.S. and Allied Countries Never Report

A conversation with film historian Max Alvarez: How the #MeToo campaign echoes the McCarthyite witch hunt of the 1940s and 1950s

Although the author denies that Trump is the contemporary version of Hitler, Trump is a corporate supporting fascist because he loves the military establishment, the generals, and the corporate interests the latter serve. He doesn’t hesitate to use, or threaten to use, actual military violence to get his way. That is the authentic face of advanced capitalism once it decides to take off the mask of their fake version of democracy.

In this post I don’t think that Zuesse makes a solid argument to support the title of the post. I think he is only referring to the many nations under the US-led Empire, but not the whole world. Here in the USA very little has been broadcast or publicized in corporate media about the incident; and what little there was, was mostly lies.