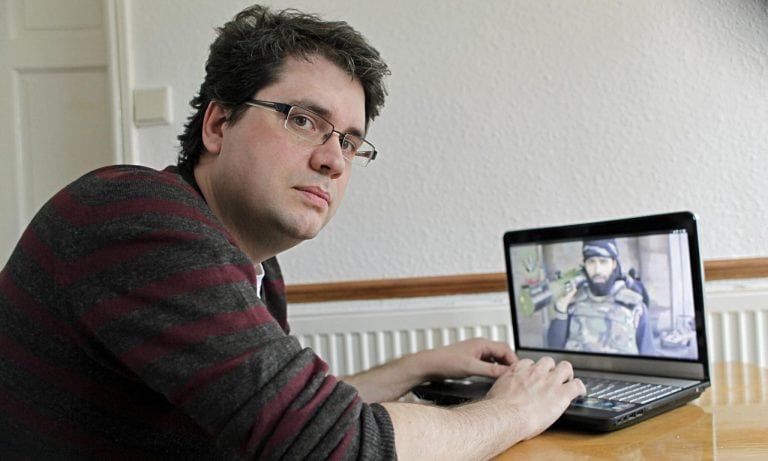 Neocon asset Bellingcat founder Eliot Higgins—doing the empire's dirty business is a sure path to fame and riches.

“This is dangerous, Orwellian inversion of reality. This is not the debate on Iraq’s WMD, this is the debate on whether or not Sandy Hook victims were really crisis actors, or if Israelis were told not to go to work at the World Trade Center on 9/11. This is what Russia wants, and this is what Assad wants, as it lets the perpetrators escape justice, and leaves the victims to rot.”

So concludes the Newsweek debut of neoconservative propagandist Eliot Higgins [this wikipedia page is heavily redacted for imperial propaganda purposes, so beware], who is a Nonresident Senior Fellow with the Atlantic Council, an extremely shady neocon think tank with ties to Ukrainian oligarchs, George Soros, and the military industrial complex, and fingerprints all over the foundational elements of the establishment Russia narrative. He is best known for his work with the war propaganda firm Bellingcat [a website he founded in 2014, with probably plenty of dark money given his interpretations of the war], which once ran an article explaining why the notorious Bana Alabed psyop is perfectly legitimate and trustworthy.
There is no doubt that Higgins is a propagandist whose job is to help advance neoconservative narratives online, and the purportedly anti-war, pro-environment leftist George Monbiot is cheering this bloodthirsty neocon right on. While legendary journalists like John Pilger who have remained aggressively anti-imperialist have reportedly been purged from the ranks of The Guardian, Monbiot has remained a welcome guest there...

“This is dangerous, Orwellian inversion of reality. This is not the debate on Iraq’s WMD,” this clearly malignant war propagandist writes of the increasing public skepticism of what we’re being told to believe about Syria. 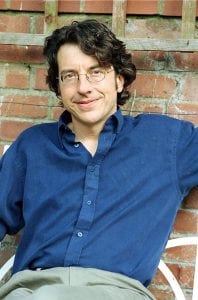 Higgins writes this because he needs to. Coming up on the fifteen-year anniversary of the Iraq invasion, it is easier than ever to draw comparisons between the WMD narrative in the leadup to that war and the plot hole-riddled chemical weapons allegations against the Syrian government today, and people do make those comparisons frequently. And it is absolutely essential for the empire to shame and gaslight these people into silence in order to keep advancing the establishment Syria narrative.

Obviously, what is actually dangerous and Orwellian is demanding that people accept pro-intervention narratives on blind faith from the same power establishment which lied us into Iraq. The US has already funneled billions of dollars into effecting regime change in Syria, facilitating hundreds of thousands of deaths as western-armed terrorist factions infested the nation, but we’re meant to believe that skepticism is what’s dangerous. Right. 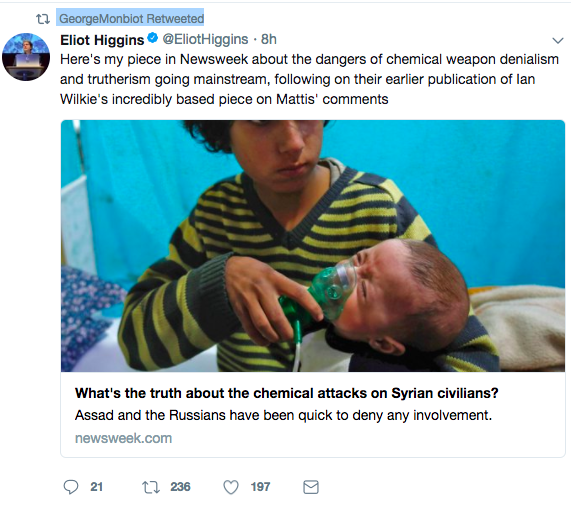 There is no doubt that Higgins is a propagandist whose job is to help advance neoconservative narratives online, and the purportedly anti-war, pro-environment leftist George Monbiot is cheering this bloodthirsty neocon right on. While legendary journalists like John Pilger who have remained aggressively anti-imperialist have reportedly been purged from the ranks of The Guardian, Monbiot has remained a welcome guest there, and has been assisting his colleague Olivia Solon with her hilariously absurd smears against critics of the establishment Syria narrative.

These are not raving street schizophrenics or paranoid recluses that Monbiot and Solon have been repeatedly smearing, these are university professors, respected journalists and accomplished activists. The Guardian has been refusing their requests to respond to these propagandistic attacks, Solon goes so far as setting her entire Twitter account to private when her articles come out, and Monbiot has been refusing the requests of Professors Tim Hayward and Piers Robinson to debate them on a proper forum on the grounds that it would be “lending them legitimacy.”

Monbiot has been attacking these skeptics for what he calls “baseless smears” on the White Helmets, who John Pilger for the record has called a “complete propaganda construct in Syria”. The extensive evidence collected by these journalists and scholars against this organization is being silenced from mainstream public discourse while Guardian writers hurl smears over an unscalable wall. Asking questions is dangerous, and those who ask them must not be legitimized, but the propaganda which is being used to manufacture support for ongoing interventionism in Iraq’s next-door neighbor Syria is scientific fact as certain as physics. 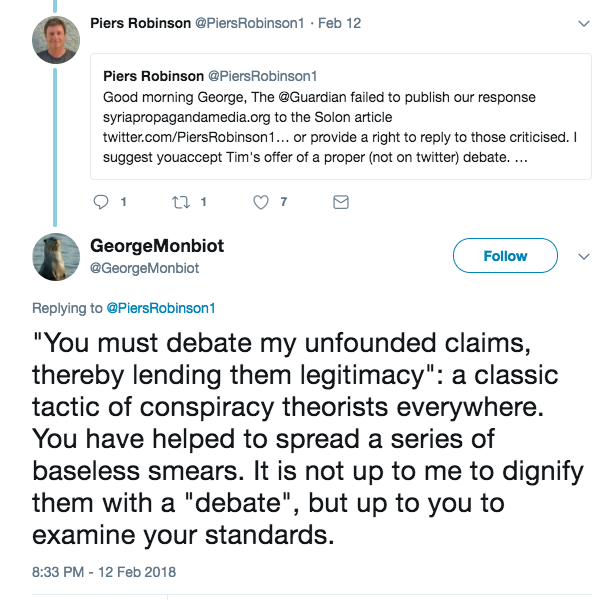 Higgins’ article puts little effort into debunking the many, many glaring plot holes which have been exposed in the establishment Syria narrative, preferring instead to focus on painting anyone who questions them as mentally defective and assuring us all that this is nothing at all like that little old “Saddam has WMDs” oopsie. But there’s absolutely no legitimate reason to say that people should not be intensely skeptical about everything they hear about that country, especially given all the obvious signs that we are already being lied to.

Fifteen years ago. The Iraq invasion was fifteen years ago. The Simpsons has been running unfunny seasons for longer than that. And yet people are already forgetting. I say we turn next month’s fifteen-year invasion anniversary into an opportunity to remind everyone about how badly they were suckered, and how we must never let it happen again.

Thanks for reading! My work here is entirely reader-funded so if you enjoyed this piece please consider sharing it around, liking me on Facebook, following me onTwitter, bookmarking my website, checking out my podcast, throwing some money into my hat on Patreon or Paypal, or buying my new book Woke: A Field Guide for Utopia Preppers.