Home ABOMINATIONS It’s About Profits, Censorship and Controlling the Flow of Information

Wherein the editor of The Daily Coin serves notice that we must fight for our citizens' media, or risk losing them, along with our greatest resource to defend our freedoms. 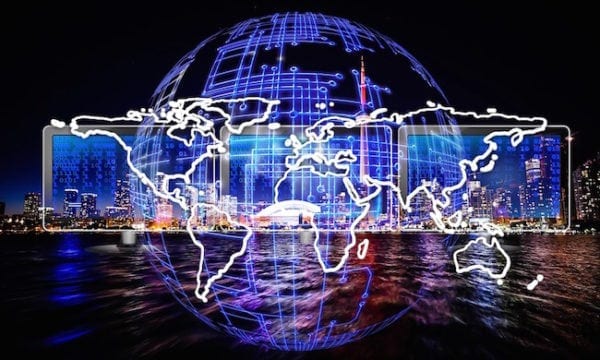 To learn who rules over you, simply find out who you are not allowed to criticize – Voltaire’

It seems the mainstream, legacy media is finally allowing a piece of truth in journalism to escape their hollowed halls. “News” reporting is not about reporting the news, especially facts, it’s all about the profits.

In a shocking admission by a high-level mainstream media operative, the CEO of News Corp. has revealed that major media corporations are pushing the likes of Google and Facebook to censor the alternative media despite the fact that the vast majority of Americans have little to no trust in the establishment press.

The comments, made by the CEO of Rupert Murdoch’s publishing arm, Robert Thompson, were revealed in an AFP article about the so-called “dysfunctional” online environment which in reality actually refers to a free internet where independent reporters can reach the masses themselves.

The plutocracy's media and government are stealthily waging war on free speech but few people understand the real implications of this battle. The most depressing part is that most people have never visited a true non-conformist news site, like this one, and won't miss them when they are all gone.

Amazingly, Thompson not only made clear that the mainstream media wants to censor the alternative press, he even admitted that it not only has to do with the control of information but also straight up money. Source

Just as we continually report on the omission of facts surrounding gold and silver as being money and how the Federal Reserve began a campaign of lies, deceit and propaganda against sound, honest money, we see these same tactics being used across the board with all reporting on every subject under the sun. It is no longer simply about controlling the flow of information surrounding the economy, currency and banking cabal, it is about controlling the flow of information on all subjects and crushing the competition.

Thompson said the steps announced by Google and Facebook to stem misinformation and improve the quality of online news were “modest steps toward changing a digital environment that is dysfunctional at its core.”

“The bot-infested badlands are hardly a safe space for advertisers, whose brands are being tainted by association with the extreme, the violent and the repulsive.”

Thompson said News Corp is seeing growth in online visits and subscriptions to its media properties such as the Wall Street Journal and The Sun of Britain, but added that “the potential returns for our journalism would be far higher in a less chaotic, less debased digital environment.”

A longtime critic of the dominant online companies, Thompson said he welcomed the decision by Google to end a “first click free” requirement for news items in search queries, and Facebook’s efforts to enable readers to know more about sources of articles on its news feed.

In other words, we would make more money if those pesky social media giants would just commit to full on censoring any media outlet that isn’t approved by the establishment. Source

The competition is all the websites, like The Daily Coin, reporting the truth, digging deeper and reporting the facts as the facts are presented in emails, memos and spoken words by the people that abuse their position and commit acts of fraud, treason and other high crimes. It’s not that difficult to report the truth as the truth is based in facts and one never has to remember anything, simply shine the light on the facts.

If the mainstream, legacy media would do this instead of what they do today, maybe there would be no need for The Daily Coin, maybe I would be writing about rainbows and cute kittens. Instead I have been forced to do what so-called “professional journalist” are suppose to do but it so much more rewarding to discuss celebrities, scream “Russia did it” and lie about what is actually happening. If they weren’t lying so much Tom Fitton, Judicial Watch along with James O’Keefe, Project Veritas, would be reporting on all the good deeds our government, reporters and social media are showering our nation with. Instead, we, the independent media, are exposing the filth the ruling and banking class attempt to hide using the mainstream, legacy media as their shield.

It is up to you to ensure that we stay viable, that we stay alive. If you don’t sign up for our email blast, bookmark our websites and subscribe to our social media platforms we will vanish without a trace. And you will be left with nothing but lies, deceit and propaganda. If you don’t believe me, just ask the CEO of News Corp, google, Facebook, Twitter, WSJ and the other 4 people that control the mainstream, legacy media.

Rory Hall, The Daily Coin. Beginning in 1987 Rory has written over 1,000 articles and produced more than 300 videos on topics ranging from the precious metals market, economic and monetary policies, preparedness as well as geopolitical events. His articles have been published by Zerohedge, SHTFPlan, Sprott Money, GoldSilver, Silver Doctors, SGTReport, and a great many more. Rory was a producer and daily contributor at SGTReport between 2012 and 2014. He has interviewed experts such as Dr. Paul Craig Roberts, Dr. Marc Faber, Eric Sprott, Gerald Celente and Peter Schiff, to name but a few. Don't forget to visit The Daily Coin and Shadow of Truth YouTube channels to enjoy original videos and some of the best economic, precious metals, geopolitical and preparedness news from around the world.