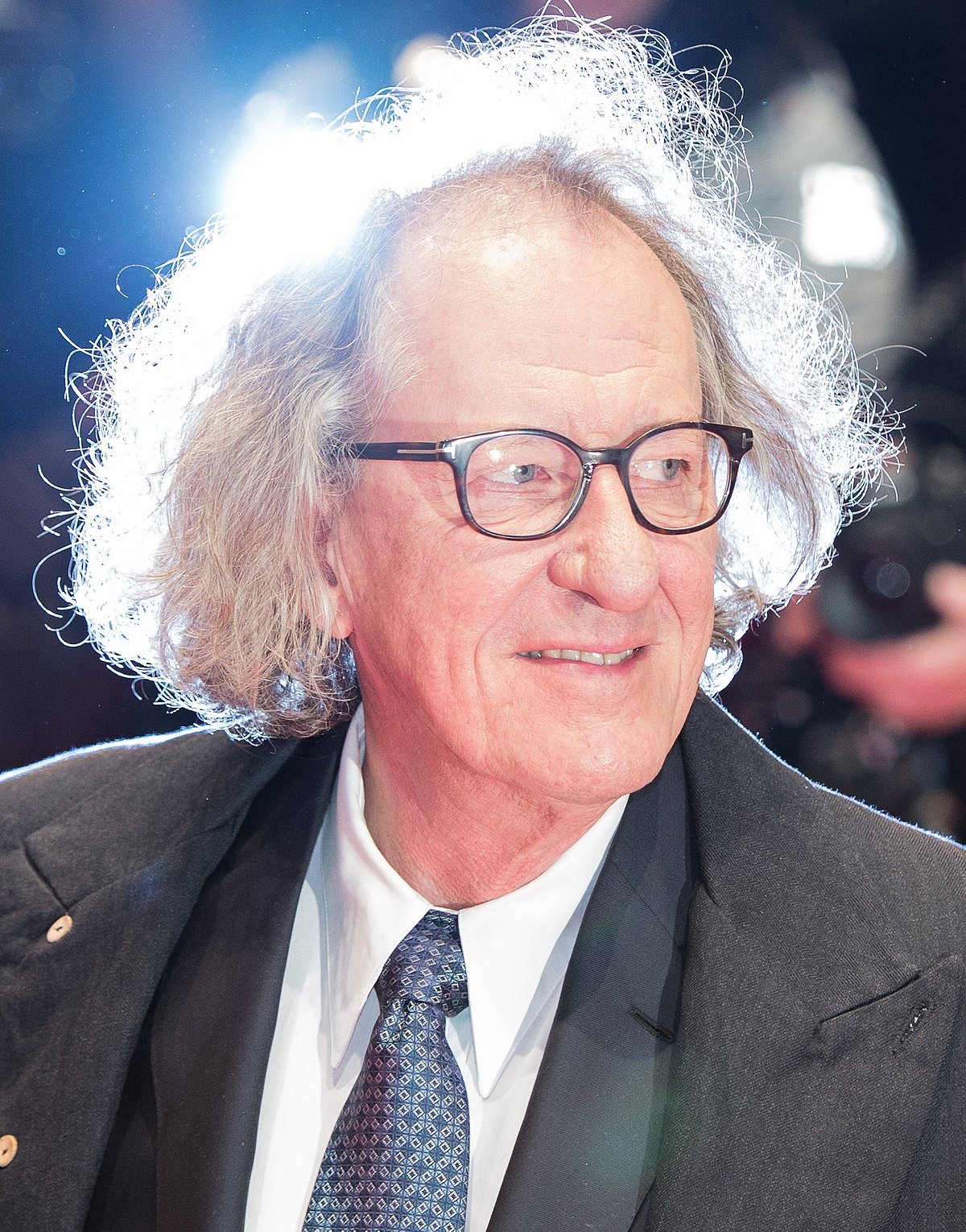 A ruling by an Australian judge Tuesday in favour of actor Geoffrey Rush in his defamation suit against a Sydney newspaper over allegations of sexual misconduct is entirely welcome. It is a blow against the international #MeToo sexual witch-hunt.

Since accusations emerged last October against Hollywood producer Harvey Weinstein, a stream of allegations has been levelled, via social media and the official media, against prominent figures in the arts, politics and the corporate world.

The #MeToo campaign has been marked by a contempt for the democratic principles of innocent until proven guilty and the right to due process. In numerous cases the accusations of sexual impropriety concern alleged incidents that took place years ago, do not constitute criminal acts, or depend entirely on the word of the accuser. Regardless, the lives of many of the accused have been irreparably damaged.

The few prominent individuals who have raised concerns over what is taking place, such as actor Matt Damon, actress Catherine Deneuve and, most recently, director Terry Gilliam, have been subjected to denunciations by the Hollywood establishment and the media.

The broader impact of #MeToo has been pernicious. A deeply unhealthy atmosphere of division and fear has taken root in many workplaces, schools and universities.

Among those targeted was Geoffrey Rush. The acclaimed and multi-award-winning 66-year-old Australian stage and film actor is well known for his roles in movies such as Shine, Elizabeth, Shakespeare in Love, Pirates of the Caribbean and The King’s Speech.

The Telegraph ran a banner headline, “King Leer,” implying that Rush was a sexual predator. It further asserted that Rush’s actions were deemed so serious that the STC had decided to “never work” with him again. Its claims were prominently repeated by media outlets around the world.

Within a matter of days, Rush was pressured to resign from his position as president of the Australian Academy of Cinema and Television Arts (AACTA). He was unceremoniously removed from opening the AACTA awards’ ceremony.

Rush, to his credit, took the decision on December 8 to file a defamation lawsuit against both the owner of the Daily Telegraph, Nationwide News, and the author of the articles, Jonathon Moran.

The actual defamation hearing is scheduled for August. Ahead of it, Rush’s legal team filed an application to strike out three paragraphs in the Murdoch media’s defence, which sought to defend its allegations on the grounds of “justification” or, in layman’s terms, that the accusations were substantially true, as well as the grounds of “qualified privilege,” meaning it was in the public interest to make known the accusations.

Justice Michael Wigney adjudicated on the application on Tuesday in the Australian Federal Court. His ruling, by any measure, is a withering condemnation of the claims made against Rush. Implicitly, it is also a condemnation of the modus operandi of the #MeToo campaign, based on making legally untested accusations, followed by trial, conviction and punishment in the establishment media and by what it calls “public opinion.”

Justice Wigney found that Nationwide News’ “truth” defence should be struck out in its entirety because it was “deficient,” “vague and imprecise,” “ambiguous” and provided no credible details about “the alleged touching.”

In his 201-paragraph judgement, Justice Wigney reviewed in detail the purported “inappropriate behaviour.” Rush, as King Lear, allegedly did something while carrying the actress playing his daughter, Cordelia, at this point a lifeless corpse, across the stage.

Wigney simply posed the questions that should have been asked and answered before any aspersions were cast against Rush.

He asked: “What exactly was the ‘scandalously inappropriate behaviour’ or ‘inappropriate behaviour’ that Mr Rush was said to have engaged in? What exactly had he done which was said to meet those descriptions? … What exactly distinguished the alleged touch from the contact that must otherwise have been made between Mr Rush and the actress during the scene? How and why did the alleged touch make the actress feel uncomfortable? Was the discomfort physical or emotional?”

Justice Wigney ruled: “The problems arising from the generality, lack of detail and imprecision of the particulars similarly preclude a finding that the particulars, taken at their highest, are capable of proving the substantial truthof any of the other pleaded imputations that are the subject of Nationwide and Mr Moran’s defence of justification.” [Emphasis added]

Wigney proceeded to label the Murdoch media’s request for the court to subpoena STC documents—in the hope they might reveal other allegations against Rush—as a “fishing expedition” and an abuse of process. He stated that if the newspaper did not have any evidence of “inappropriate behavior” at the time, it “ought not to have published the libel, and cannot plead any justification for having done so.”

Justice Wigney found against Geoffrey Rush on one matter: a submission by his legal team that reporting of the details of the alleged “inappropriate behavior” be suppressed. Wigney’s finding, however, was that any “fair report” of the case should be to the benefit of Rush, as his judgement was that the accusations had no supporting evidence.

He stated: “[A] fair report would most likely have to refer to the fact that some of the paragraphs of the justification defence were struck out because they were found not to be capable of supporting the truth of the imputations that they were said to have justified. That would hardly be likely to embarrass Mr Rush.” [Emphasis added]

The judge’s confidence that the #MeToo movement and the media will respond to the legal dismantling of accusations against people with a “fair report” is perhaps optimistic. The ruling will most likely be condemned in the disoriented circles swept up in the sexual misconduct witch-hunt.

A defamation lawyer observed to the Australian Financial Review Wednesday: “The Rush case may well cause people to think twice about publishing allegations of sexual misconduct via the #MeToo movement… there is at least a possibility that the Rush case may have a chilling impact on the movement in Australia.”

In other words, by insisting there must be evidence of an alleged crime or misconduct before an individual can be accused, much less convicted, the Rush ruling threatens the anti-democratic #MeToo campaign.

The initial legal victory of Geoffrey Rush is a significant counter-strike against the entire reactionary business. It is also a vindication of Rush himself, who, by the accounts of those who have worked with him, is a humane and cultured person.

The social tendency in the upper-middle class that has coalesced around the #MeToo campaign, backed by the media and political establishment, is reactionary and authoritarian in character. In the United States, it is linked to the Democratic Party and big business media outlets such as the New York Times. It is being used to generate division in the population and divert attention from the immense social crisis and the danger of war that confronts the working class.

The witch-hunt over sexual misconduct does nothing to address the oppression and exploitation of the working class—women or men. It solely advances the selfish aspirations of a privileged layer of upper-class women for more lucrative positions and opportunities in Hollywood, the corporations and the political establishment. At the same time, it is being used to legitimise the shredding of fundamental democratic and legal rights that were won through centuries of struggle against tyranny.

Against the McCarthyite #MeToo hysteria, those democratic rights must be defended by a unified movement of the international working class, as an essential component of the fight for social equality and socialism.

About the Author
Richard Phillips and James Cogan write for the wsws.org, a Marxist publication.

Wonder Wheel: Woody Allen’s latest film—and the campaign to drive him out of the film industry

The Left always goes too far and eats their own.

Who do you think is the Left here? Certainly we can’t call liberals (centrists) leftists, because that’s the only thing visible in the mainstream debate passing for “left”. By that standard Hillary and Obama re “leftists” (LOL)

This is a moment in history that was long overdue, and there are those who retaking advantage of it to hurt men.
I have 2 sons and this worries me
Eventually, the issue will move from the sexual issues and become about the power used by men to destroy the careers and lives of women.
That said, I can say, at last, #Metoo, , and that it is about time that women who are victimized in a real way by men, stand up and say, “YOU had no right to do that.” Maybe Mr Rush and Al Franken and others have been hurt, and that is wrong…but there ARE monsters out there!