Home ABOMINATIONS Will America accept its defeat or will it challenge the Russian Bear and the Chinese Dragon?

Will America accept its defeat or will it challenge the Russian Bear and the Chinese Dragon?


HELP ENLIGHTEN YOUR FELLOWS. BE SURE TO PASS THIS ON. SURVIVAL DEPENDS ON IT.
Today Elijah Magnier published a three part piece on the war on Syria and its role in the much the global political confrontation.
Will America accept its defeat or will it challenge the Russian Bear and the Chinese Dragon? - Part 1, 2, 3 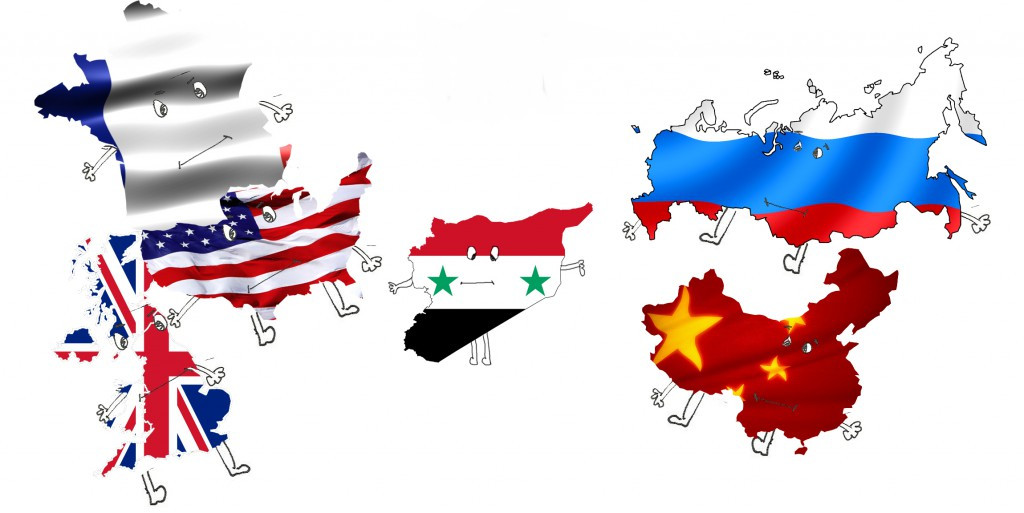 The first part describes the current situation at the various fronts in Syria and the most likely next operations. The Syrian government is winning the conflict. U.S. CentCom General Votel admitted that the U.S. strategy in Syria has failed. Magnier concludes:

The US has lost the « extremist battle »- they were incapable of achieving the “regime change” objective in Syria. That was the awakening of the Russian bear from its long hibernation who realised how the US was trying to corner it. Moscow also relied on the Chinese dragon, which shares Russia’s goals to eliminate all extremists and jihadist terrorists in Syria.Both Russia and China are now working closely to put an end to the uni-polar superpower and thus end US world dominance.

The second part looks at the development of U.S.-Russian relations over the last decade and the role U.S. 'regime change' policies in the eastern Europe and Middle East played in it. The U.S. attack on Syria was part of the wider challenging of Russia. It brought up a new coalition which is now countering U.S. moves:

Obama saw the “Islamic State” growing in Iraq, moving to Syria, watched it occupying Iraq, allowed Jihadists to travel to the Middle East, opened all Saudi jails on condition jihadist extremists imprisoned are shipped to Syria. For one entire year, with “70 countries in a coalition fighting against ISIS” in Syria, the group was in fact expanding and increasing its wealth by selling increasing quantities of oil. All that to stop Iran and Russia, and create failed states (as in Libya) and fight Muslims with Muslims.But Moscow, Beijing and Tehran knew that Jihadists must be stopped in the Levant before they had the chance to move to their own countries.
...
Syria is not going to be another Libya and Russia and China agreed, along with Iran, to stop once and for all the US unilateral dominance at the gates of the Levant.

Part 3 takes an even wider view and describes how China, and the Russian-Chinese cooperation, succeeds in challenging U.S. unilateral domination of the globe:

While the United States is selling for $110 billions weapons to Saudi Arabia to kill more Yemenis and threaten its neighbours (Qatar, Syria and Iran), Russia has signed 10 year contracts with China worth 600 billion dollars, and with Iran worth 400 billion dollars. Also, China has signed contracts with Iran worth 400 billion dollars. These contracts are aimed at economic cooperation, energy exchange; they promise an advanced economic future for these countries away from US dominance.The US believes it can corner Russia, China and Iran: Russia has a 7,000 kilometre border with China, Iran is not Iraq and Syria is not Afghanistan. In Syria, the destiny of a world ruled by unilateralism is over. The world is heading toward pluralism.

The question remains: Is Washington prepared to accept its defeat and acknowledge that it has lost control of the world and pull out of Syria?

With the recent visit of the North Korean leader Kim Yong-un in Beijing, China has challenged the dominating U.S. role in the discussions over North Korea. There will be no uni-polar U.S. solution in the conflict - neither by talks nor by war. A conflict over Korea could soon supersede the conflict in Syria in size and potential consequences. In the global context the war on Syria is just a starting point. It will likely be in Korea, and maybe in Taiwan, where the real battle between unilateral and multilateral order will be fought.

The poisoning of Skripal and the campaign against Russia

The Skripal Poisonings and the Ongoing Vilification of Putin