The Truth about Martin Luther King’s Assassination Peeks Through 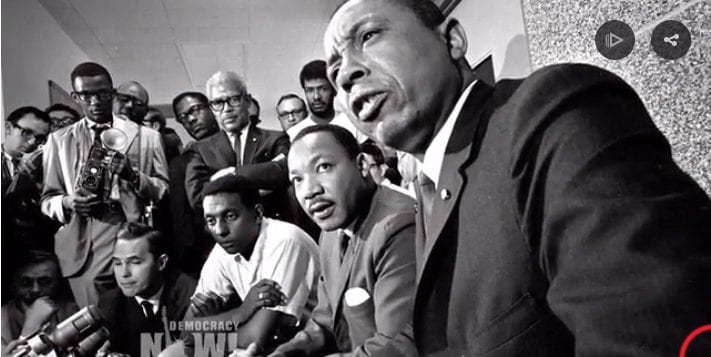 It’s been fifty years since Dr. Martin Luther King was murdered in Memphis, Tennessee on April 4, 1968 and nineteen years since the only trial in the case. In that 1999 Memphis civil trial (see transcript) brought by the King family, the jury found that King was murdered by a conspiracy that included governmental agencies. The corporate media, when they reported it at all, dismissed the jury’s verdict and those who accepted it, including the entire King family led by Coretta Scott King, as delusional. Time magazine – dutifully using the pejorative “conspiracy theory” label the CIA had in 1967 urged their mouthpieces to use – called the verdict a confirmation of the King family’s conspiracy theory and “lurid fantasies.” The Washington Post compared those who believed it with those who claimed that Hitler was unfairly accused of genocide. A smear campaign ensued that has continued to the present day and then the fact that a trial ever occurred disappeared down the memory hole so that today most people never heard of it and assume MLK was killed by a crazy white racist, James Earl Ray, if they know even that.

Here and there, however, mainly through the alternative media, and through the monumental work and persistence of the King family lawyer in that trial, William Pepper, the truth about the assassination has surfaced. Through decades of research that extends well into the twenty-first century, Pepper has documented the parts played in the assassination by F.B.I. Director J. Edgar Hoover, the F.B.I., Army Intelligence, Memphis Police, and southern Mafia figures. On March 30, 2018, The Washington Post’s crime reporter, Tom Jackman, published a four column front-page article, “Who killed Martin Luther King Jr.? His family believes James Earl Ray was framed.” While not close to an endorsement of the trial’s conclusions, it is a far cry from past nasty dismissals of those who agreed with the jury’s verdict as conspiracy nuts or Hitler supporters. The Washington Post has a well-earned reputation for being the CIA’s paper of record, but my reading of Jackman’s article and its prominent placing suggests a split somewhere in the conscience(s) of journalists at the paper. Or perhaps it is a fortuitous accident. Whatever the case, after decades of clouding over the truth of MLK’s assassination, some rays of truth have come peeping through, and on the front page of the WP at that.

Jackman makes it very clear that all the surviving King family members – Bernice, Dexter, and Martin III – are in full agreement that James Earl Ray, the accused assassin, did not kill their father, and that there was and continues to be a conspiracy to cover up the truth. He adds to that the words of the highly respected civil rights icon and U.S. Congressman from Georgia, Rep. John Lewis (D-Ga.), who says, “I think there was a major conspiracy to remove Dr. King from the American scene,” and former U.N. ambassador and Atlanta mayor Andrew Young who was with King at the Lorraine Motel when he was shot, who concurs, “I would not accept the fact that James Earl Ray pulled the trigger, and that is all that matters.” Additionally, Jackman adds that Andrew Young emphasized that the assassination of King came after that of President Kennedy, Malcolm X, and a few months before that of Senator Robert Kennedy.

“We were living in a period of assassinations,” he quotes Young as saying, a statement clearly intimating their linkages and coming from a widely respected and honorable man. So if Ray didn’t kill MLK, then Oswald didn’t kill JFK, and Sirhan didn’t kill RFK is the implicit thought conveyed. Then who killed Malcom X? Could the same parties have killed them all? And who might they be? 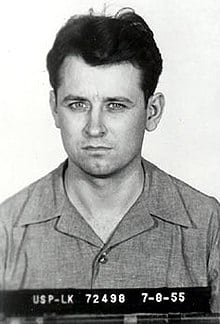 But then, as if to pull back abruptly from this line of thought, Jackman quotes David Garrow, a Pulitzer Prize winning biographer of King, who has long held that James Earl Ray killed King. Yet the historian Garrow’s statement is so condescending and illogical that a thoughtful person would be taken aback and think: How could an historian say that? Referring to the three remaining King family members as “children,” although all are 50-60 years old, he says that they “are part of a larger population of American people who need to believe [my emphasis] that the assassination of a King or a Kennedy must be the work of mightier forces,” not the victims “of small-fry, lifetime losers.” (Notice how Kennedy, and one presumes he means just one Kennedy, JFK, is thrown in with King to include Oswald in the small-fry, lifetime loser category of the “real” killers, not the childish “need to believe” conclusions of meticulous scholars, such as James W. Douglass, author of the acclaimed JFK and the Unspeakable.) But then comes the kicker. The acclaimed historian Garrow says that credulous “people need to see [my emphasis] a balance between effect and cause. That if something has a huge evil effect, it should be [my emphasis] the result of a huge evil cause.” Now anyone who has not completely lost their ability to think knows that an historian’s raison d’etre is to explore facts in an effort to establish believable relationships between effects and causes, not by following a strict scientific method, but by arranging one’s research findings (documents, witness interviews and statements, etc.) within a narrative structure to reach logical conclusions. Historians “need to believe” that effects have causes and when they are good historians the issue is not one of balancing but of truth. They follow the evidence to truthful conclusions, no matter where it leads. So for Garrow to dismiss the King family and other Americans because of a delusional “need to believe” is patently absurd and not intellectually honest, yet it is a trope that has echoed down the years whenever there is a need to brush off “conspiracy theorists” as ignorant children.

Then as one reads through Jackman’s article he notices three brief statements, one from Robert Blakey, the chief counsel of the House Select Committee on Assassinations, another from John Campbell, who investigated the King murder for the Shelby County, Tennessee district attorney’s office, and a third from Barry Kowalski who reinvestigated the case under Attorney General Janet Reno in 1998. All three attest to Ray’s guilt. But Jackman gives them little space, approximately a half-page, in an article that extends to nine printed pages.

The remainder of the article – six printed pages – is primarily devoted to the work of William Pepper, the attorney for the King family in the 1999 civil trial in Memphis that found the U.S government liable for the killing of King and the author of three books on the murder, including his latest, The Plot to Kill King, a voluminous and heavily documented masterly work that makes an irrefutable case that the U.S. government and not James Earl Ray killed MLK, and to those who support those findings, including King’s daughter, Bernice, who is given the final word. Jackman quotes her as saying,

“I don’t believe James Earl Ray killed my father. It’s hard to know exactly who. I’m certainly clear that there has been a conspiracy, from the government down to the mafia…there had to be more than one person involved in all this. I think it was all planned.”

This breakthrough article, the first such piece on the front page of a major newspaper to give such space to critics of the commonplace “lone nut” explanation for MLK’s murder, proves Leonard Cohen’s words prophetic: “There’s a crack in everything. That’s how the light gets in.”

Even a crack in The Washington Post wherein may dwell persons of conscience, despite the paper’s history of doing the devil’s work. 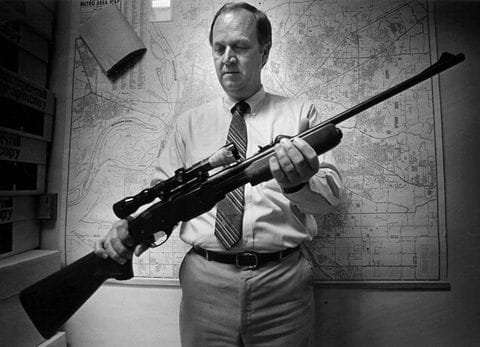