Home THE USAAmerican Way of Life Riffs On A Good Read

Riffs On A Good Read

While television sinks ever deeper into crass irrelevance, the printed word holds its own, and finds ultimate freedom and redemption on the Internet.

A good article is one that is covered with margin notes when it is finished. Gaither Stewart’s “Symbolism, Ideology and Revolution” is such an article. I’d highly recommend taking the time to read the entire piece. That being said, let me begin to quote and riff. Stewart quotes Umberto Eco who argues that:

“[S]ociety…has become a universe devoid of a center. Everything is periphery. There is no longer a heart of anything.” 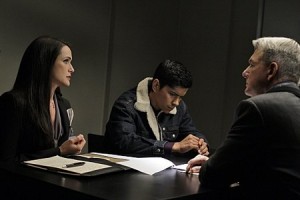 << The CSI franchise has spread like a wild fungus on TV. Here the cops from NCIS try to put the world right with guns and cunning. It’s the American way. All the heros, of course, while portraying ordinary people, must look like movie stars, one of the many falsehoods continually served by the American media, and one which betrays the nation’s infantilism.

What we have instead are faux power centers that are more media creations than reality. It is obvious that it has been decades since any presidents of the United States, including Obama, actually ran the country. What the media calls the most powerful man in the world is little more than a shill for the special-interest lobbyists who are the real power. And, as Eco noted, there is no center, no heart through which a sword could be plunged. Rather there is only a toxic mist made up of many discrete particulates that drift across the land, constantly changing shape as it moves.

Eco goes on to say:

“Power is multiple and ubiquitous. It is a network of consensuses that depart from below. Power is plurality. Power is the multiplicity of relationships of strength.”

The habituated momentum that makes up a society and keeps power in its place also hollows a society out as the ideals and ideology that set this momentum into motion gradually fades from memory until only a fragile ideological construct is left that slowly becomes a parody of itself. We see this in the desperation with which our oligarchs cling to their belief in a self-regulating free market, which is little more than an empty ideological shell staggering under the weight of a global economic meltdown brought about by a “free market” run amok.

Power is neither rational nor planned. It is a haphazard convergence of interests by those with the resources to implement them.

“Liberals can take strong stands on minor community improvements; they can work themselves into a fury and campaign relentlessly and join sit-ins and carry placards concerning, let’s say, how the local school yard is to be used on weekends or about alternate days for trash pickup, and still ignore the concept of social justice for all. Viewed from a distance, I therefore am dubious about so-called grassroots activities: naturally they are welcome, but I suspect in the long run harmless. No wonder Power as a rule lets them sit-in, sit-out, march and carry little placards. Liberals, at the most, only potentially revolutionary, are Power’s ally and stand in the way of drastic social change.”

Stewart comments that one “notes little solidarity between the middle-class and the poor.”

This points to the paradox of class in the United States. Because we cling to the belief that we are a classless society, we find ourselves mired in class prejudice. The reason is simple: Our “classlessness” is based on the unspoken assumption that everyone, by nature, should be middle-class, and those who are not appropriately dressed, well behaved, polite, orderly, law abiding and socialized in accordance with Euromerican standards is marginalized.

The American left castrated itself in the 60s when it turned its back on blue-collar America, and, in doing so, lost its base. It has been impotent ever since. As a result, blue-collar America voted for Reagan who proceeded to screw them to the wall.

Speaking of the European bourgeoisie, Stewart says, “Within that class emerge the thinking and movements for drastic social change.”

This hints at a major difference between Europe and America. Europe has a history of vibrant social thought that reached down to all social classes. America has no such tradition. This is because we are a nation of technicians, not poets. For example, the mantras I grew up with were: “Say what you mean!” “Get to the point!” “Don’t beat around the bush!” In other words, we are conditioned to believe that there can only be one meaning for each word. Consequently, our language lacks depth, nuance and metaphor, without which there can be no poetry and damn little imagination. And an ideology that lacks both poetry and imagination is a flattened balloon. (This is why America is so flush with Fundamentalists, and why, if you scratch our atheists you find a gaggle of pissed-off Fundamentalists.)

Stewart argues that America in not bourgeois; it is middle-class. And:

“Lionel Trilling defined middle class in relations to the government. From the ruling or governing class one scales down to the lowest classes which are cut out totally from any relation with the government. The middle class, situated midway between these two, continues to believe—in its overwhelming false consciousness—that government exists for it and for its interests.” (In other words, the American Dream is a middle-class gig.)

However, now that the impoverishment of the middle-class is underway, it will be interesting to see how it develops. Stewart contends that, “…the major target for proponents of radical change should be precisely those deaf and dumb, ignorant and obtuse, super patriotic middle classes.” In other words, the left should take a good hard look to see what it has in common with the tea baggers. A crucial component of solidarity is listening.

Unfortunately, the middle-class has always wanted reform, but not too much reform. The reform it seeks cautiously sidesteps the structural and systemic changes that would be necessary to evolve into a truly decent society instead of the dog-eat-dog kennel we have become.

As Stewart notes about Liberals:

“Liberals can take strong stands on minor community improvements; they can work themselves into a fury and campaign relentlessly and join sit-ins and carry placards concerning, let’s say, how the local school yard is to be used on weekends or about alternate days for trash pickup, and still ignore the concept of social justice for all. Viewed from a distance, I therefore am dubious about so-called grassroots activities: naturally they are welcome, but I suspect in the long run harmless. No wonder Power as a rule lets them sit-in, sit-out, march and carry little placards. Liberals, at the most, only potentially revolutionary, are Power’s ally and stand in the way of drastic social change.”

Speaking of artists, Stewart argues that, “To write propaganda or paint conformist art is to succumb to the allures and/or coercion of the reigning system. For that reason most artists are countercurrent. The is also why artists should stay away from the White House or the Elysee Palace.” (And avoid grants from the National Endowment for the Humanities.)

However, I must disagree with Stewart over how “countercurrent” our artists are. Art seems to have been reduced to arcane installations viewed only by the “creative clique” that clusters around the trendy galleries in the country’s metropolitan centers, and what passes for contemporary literature is so much mind-numbing navel gazing.

Globalization Is Just Another Word for the Garroting of Working People

Why the Oscars are a con

MEMORY TRENCH: The Long and Lonesome Road to...

A terrific read. Thank you. Lots to think about in this post.