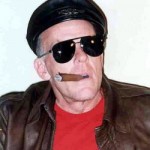 THEY ARE GOING TO LYNCH ME.  Already they gather at the gate, and they have a rope Maybe I can plea bargain down to tar and feathers. I doubt it, though.

Some time ago I discovered Fox News (Honest: For the preceding ten years I didn’t have TV). Fox seemed to me politically dangerous, being, as I thought anyway, the voice of a huge, angry, and badly uninformed lower middle class. From such, in times of economic decline, come Brown Shirts.

In particular, talking head after talking head berated Moslems, urged support for our troops, and promoted American exceptionalism, meaning that the United States, like a Tennessee revival preacher in 1925, had God-given authority–specifically to meddle everywhere in the world in the name of virtue. I kept thinking: Do these people have the foggiest idea what they are talking about?

To find out, I wrote last week’s column, which I filled with every political, geographic, military, and historical error I could think of. For example:

The Falafel Party doesn’t exist, falafel being a snack sold on the streets of Tel Aviv. Herat is in west-central Afghanistan, not the Federated Tribal Territories, which don’t exist.

There is no Raptor drone, the Raptor being the F22. The Mk 48 is a naval torpedo.
Hecuba and Priam are not towns, but the queen and king of Troy in the Iliad; Sulawesi doesn’t have a border with Iran, being an island in Indonesia.

The Comanche helicopter was never built. The BQQ-6 is a sonar suite on Trident submarines.

The Al Aqsa mosque is not in Kandahar, but in Jerusalem; Sufis are pacific mystics, and Bukitinggi is a town in Sumatra.

Infantry Weapons and Light Armor doesn’t exist. The 16- inch-54 was the main gun on the Iowa class of battleships in WWII, and did indeed have a heavier bullet than an AK. Bucephalus was Alexander the Great’s horse. The Peshmerga are a Kurdish militia in Iraq, Bukitinggi a town in Sumatra.

Ahmad Shah Massoud was assassinated by enemies posing as photographers; Sala al Din, Saladin, was a Kurdish leader fighting invading Crusaders (who lost, the Pentagon might bear in mind) in the 12th century.

Augea was the town with the famed and almost uncleanabe Augean stables, which Hercules nonetheless cleaned.

The response to the column astonished me. I had expected many readers to recognize it as a spoof, but almost none did. A lot caught an error or two—for example, army guys knew that the Comanche was never built—and one reader noted that I had the politics of the Taliban bass-ackwards. Far more took the column seriously.

Which gave me much to think about.

The failure to recognize classical allusions made me realize that I am a fossil squared. Apart from my being a bit long in the tooth myself, my cultural heritage is that of the rural gentry of Southside Virginia. These were people who valued polished writing, who brooked no bad grammar, for whom a knowledge of classical literature from Homer onward was simply assumed in civilized people. Times have changed and people direct their attention to other things. I didn’t realize how other.

Of course nobody can be expected to know the details of everything. If someone wrote a similar spoof on the politics of Algeria, the intricacies of dentistry, or the workings of the Department of Agriculture, I would be easily taken in.

But…Afghanistan? The place is of crucial importance to the United States, costing billions, contributing to the national bankruptcy, killing large numbers of people, making America the new Nazi Germany in the eyes of the world and, very likely, signaling the end of the American Imperium. You would think—wouldn’t you?—that people would have at least a feeble grasp of such matters as where Afghanistan is. But few do. I suspect that I could have referred to the Al Tadpole party in the province of Clorox, and no one would have noticed.

I thought, How can this be? From my email I know that readers of this column are intelligent, as indicated by literacy, clarity of thought, and the number who sign themselves as things like “Head of Technology Development, Applied Bio-Physics Inc.” So what goes?

Lunging about, I reflected on people like, say, a neurosurgeon in Kansas City. He would necessarily be bright, that being an entry requirement for neurosurgeondom. He would spend at least eight hours a day in his hospital, plus commute and, in such free time as he had, he would have to read endless journals to keep up with the field. Throw in time with his family and a bit of television to turn his head off for a while—and maybe he just doesn’t have time for a couple of dozen books a year on international cavortings.

Moreover, human beings are intensely local animals. Afghanistan is not very local, being intensely Somewhere Else. It has little to do with getting the kids through school, planting the flower garden, shoving the software project out the door on time, or getting drunk at Bobby-Lou’s Rib Pit.

And of course we are herd animals with a formidable tendency to attach ourselves to groups—it doesn’t much matter what groups—and fight other groups. Thus football teams, bowling clubs, political parties, and wars. Patriotism is exactly the instinct that makes people cheer frantically for the Steelers against the Packers, and armies are just Crips and Bloods with more elaborate switch-blades.

All of this I suppose explains why so many are either flatly uninterested in the war or, a la Fox, very interested but without knowing anything about it—where it is, who is fighting whom and why, how the place got that way. Emotionally it is the Bulls vs. the Lakers. Intellectually it is an empty jar.

And yet it remains, or seems to remain, that the public, almost all of it, has not the slightest grasp of the war—and, by easy extension, of anything else outside the borders. When I listen to Bill O’Reilly, I want to hold up a placard behind him, asking his audience: Where is Yemen? What is the capital? Have you read a single book on Afghanistan? Read any book on anything? Heard of Eric Margolis? Can you distinguish Sunnis from Albigensians?

This of course is why the US is not a democracy: a country whose population consists chiefly of baffled gerbils cannot be a democracy in more than form. Instead we have the televangelists of ersatz patriotism shilling for policies of benefit to remote lobbies, while a catastrophically ignorant public shrieks approval. Gorgeous babes on Fox counsel war. The audience roars. Ricky, Ricky, he’s out man, if he can’t do it nobody can. Show your support for Central High. God almighty.

The Batman: Decadent Ordure Hailed as...