The horrible truth about medical care in Mexico. 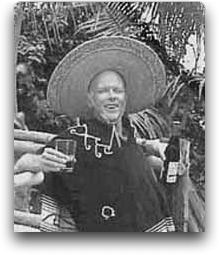 The author, enjoying some self-administered medicine

AMERICANS TEND TO THINK that medical care in Mexico is primitive, probably involving chanting and the burning of feathers, and suffers from filth, ignorance, and reuse of needles. The following is a list of medical experiences of which I am personally aware, that is, of my family and friends. It is not cherry-picked: There are no horror stories that I leave out. Natalia manages to fall through a glass door in Guadalajara and severs three tendons in her wrist. A passing motorist takes her to the civil hospital.  A surgeon reattaches the tendons. Result: hand is normal. Cost: Zero.

The wife of a friend has bilateral cataract surgery with IMSS, the Mexican Institute of Social Security, whose insurance costs $300 a year for gringos. Surgery successful. Cost, apart from the annual premium: zero.

My crazy friend, Willy I’ll call him, trips over a cat (really) in San Miguel de Allende and badly dislocates his shoulder. In agony, he goes (with me) to El Hospital de la Fe, which is private, and is instantly cared for. Two sets of x-rays, IV anti-inflammatories, night in a private room, services of neurologist and orthopedist, general anesthesia to pop the joint back in place, etc. Result after two weeks: slightly sore but functioning. Net cost: $790 US.

Analysis from Willy, who was for years a paramedic in New York City, and does not gladly suffer fools, or much of anybody else: “I was damned impressed. They did everything right, and they were just fucking nice people.” No ego-struck God-figures.

Violeta’s father, 82, feels bad. We take him to the IMSS clinic in Joco. Blood pressure, so help me, is something like 260/180. That’s death pressure, right now. You could inflate a truck tire with it. The medics inject him with I don’t know what, put him on diuretics that turn him into a water fountain. Result: 160/90. Cost: zero.

No ambulance is available. They cost lots of money, which Mexico doesn’t have lots of. We drive him to the public hospital in Guad. It is mobbed, no chance of getting in. Not pretty. We take him to another hospital. They are overworked but in he goes, comes out three days later with normal blood pressure. That was months ago. Still normal. Net cost: zero. (All of these “zeroes” of course mean paid for by taxes, which he paid all his working life.)

We are coming back from the beach at Tinacatitas and Vi, driving, has a horrific ear infection. She has the pain tolerance of an anvil and tries to tough it out. In some town Natalia spies a public emergency room. The doctors determine that Vi has to drive, so narcotic pain-relievers won’t fly. IV anti-inflammatories mostly eliminate the pain, injected penicillin begins sending several bazillion little bacterial bastards to the afterlife. Prescription for amoxicillin and more anti-inflammatories, and we leave. Result: no further trouble from the ear ache. Cost: $15. (They didn’t even ask for her ID. Their job was to fix people. She was a person and needed fixing. Why bother with ID? She knew who she was, and they didn’t care. I like the stark clarity of the approach.)

A woman we know feels like dog excrement, “hurts all over.” We take her to the municipal emergency room in Joco. I overheard the conversation with the doctor.  Woman: “My whole body hurts.” Doctor: “Joints?” “Yes.” “Muscles?” “Yes.” “Headache?” “Yes.” “Vomiting?” “Yes.” “Early typhoid.”

We leave with prescriptions for analgesics and antibiotics. Result: normal health in two days. Cost of consultation: $2.50 (30 pesos). Total cost of the adventure, after generic medications: Under $20.

A girl in Natalia’s prepa has severe menstrual pain. The doctor listens, says, “Hmmm. Could be ovarian cysts,” and sends her for an echosonogram, which she gets in Joco, for god’s sake. I was astonished: Jocotepec is a freaking farm town. Sonogram comes back: Yep, cysts, too small to operate, but need watching. Cost of sonogram: about $25 (300 pesos).

A guy I know in Guad comes down with full-blown AIDS, which it turns out he has given to his wife. Having no money, he goes into a public hospital. I didn’t see him there, but a friend did, and described him as on the verge of the great PCS to the sky, having almost no flesh, unable to walk, and on oxygen for badly diminished lung function. The hospital, said my friend, was not nice, having for example bathrooms he didn’t like using, and the guy’s family had to bring clean sheets. The theory seems to be that if the medical system doesn’t have the money to pay for everything that might be desired, it should use the available money to pay for what is medically most important. Things like, you know, keeping the patient alive.

They pulled him through, put him (and his wife, whom I know) on anti-viral cocktails, and today he looks perfectly healthy. Cost: I don’t know. My understanding, perhaps imperfect, is that payment is on a sliding scale and that, since he couldn’t pay for much of anything, was probably written off. But I don’t really know.

When the “Mexican” flu was said to be devastating Mexico (pretty sorry devastator: We still haven’t seen a case) passengers arriving at both the Guadalajara and Mexico City airports had to pass by an infra-red camera to detect fever and fill out forms as to whether we had a cough, runny nose, and so on. Where we live, and perhaps nationally, bars and restaurants were closed for several days and people were urged to stay home and not go out and cough on each other. Schools closed. In short, I’m not sure that Mexico reacted any less quickly than did the US.

A friend of many years developed acute pancreatitis with various unpleasant complications. He underwent surgery and spent many days at El Hospital Real San Jose in Guadalajara. His email regarding same:

“The doctor came to my house at the request of a friend of mine who knew I was in bad shape. and had he not come, I would have been dead the next day. He put me in his car and drove me himself to the hospital.

Also worthy of note is the quality of my room and accomodations for family and/or loved ones, who slept on nice leather couches, had new pillows and blankets every day, etc. Total cost came to about $6K US.” Try that in San Francisco.

Part of the reason why Mexico is not the putrefying hellhole of gringo imagination may be things like the following: 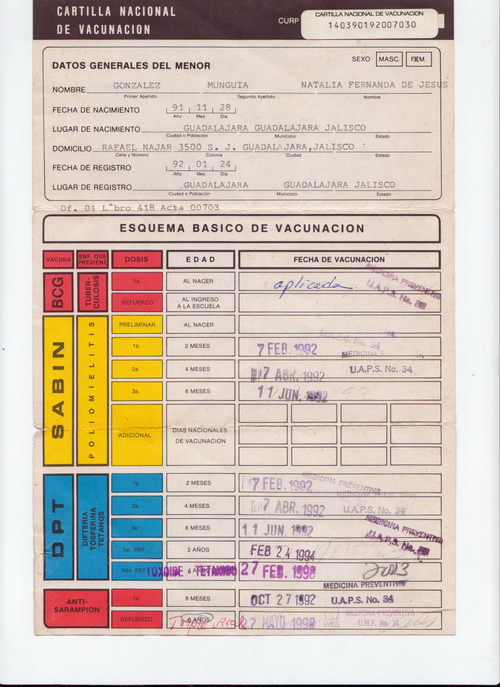 All as best we can tell are excellent, their equipment as modern as any I have seen in the States. When Vi needed a tricky crown, Haro did it himself and sent her to an endo guy for the associated root canal. Results: fine. Pain: Zero. Cost of dentistry: Far below US prices, but I can’t put a figure on it. Common these days is the dental vacation, in which gringos fly down, get their teeth worked over, and save enough to pay for the air fare and a week’s stay in Mexico.

I suspect that if the feds mess up medical care in the US as badly as they do everything else, medical care for Americans will become a hot business in Mexico. Note that many of the above examples were handled by governmental health care, not by the many excellent private hospitals.

Watch. I’ll get email saying, “Oh, come on, Fred. They really do it by burning feathers, don’t they?”

EXPAT FRED REED’s “scurrilous” commentary about Mexico and American society will probably irritate many but will surely delight many more. His main blog is at http://www.fredoneverything.net/

Loving Me Was Easier: A Parable for the Perplexed

DAVE LINDORFF: On the Death of Soren, a beloved feline...

DALLAS GRAGG: WHY I QUIT HUNTING

And now, let’s have a big smile! The KITTEN KONDOS...

Letter from President Obama to President Xi On the Occasion...