Piles and Piles of Corpses 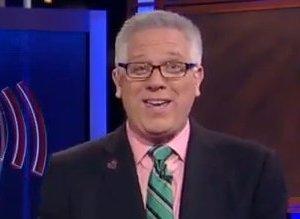 The repulsive cynic and semi-deranged Glenn Beck was jubilant, naturally. As a top chauvinist demagog, that kind of response comes with the territory.

The plane I was on landed in Washington, D.C., Sunday night, and the pilot came on the intercom to tell everyone to celebrate: our government had killed Osama bin Laden. This was better than winning the Super Bowl, he said.

Set aside for a moment the morality of cheering for the killing of a human being — which despite the pilot’s prompting nobody on the plane did. In purely Realpolitik terms, killing foreign leaders whom we’ve previously supported has been an ongoing disaster.

Our killing of Saddam Hussein has been followed by years of war and hundreds of thousands of pointless deaths. Our attempts to kill Muammar Gadaffi have killed his children and grandchildren and will end no war if they eventually succeed. Our attempts to kill Osama bin Laden, including wars justified by that mission, have involved nearly a decade of senseless slaughter in Afghanistan and the rest of the ongoing global “generational” war that is consuming our nation.

The Taliban was willing to turn bin Laden over for trial both before and after September 11, 2001. Instead our government opted for years of bloody warfare. And in the end, it was police action (investigation, a raid, and a summary execution) and not the warfare, that reportedly tracked bin Laden down in Pakistan. After capturing him, our government’s representatives did not hold him for trial. They killed him and carried away his dead body.

Nothing is actually resolved, nothing concluded, and nothing to be celebrated in taking away life. If we want something to celebrate here, we should celebrate the end of one of the pieces of war propaganda that has driven the past decade of brutality and death. But I’m not going to celebrate that until appropriate actions follow. Nothing makes for peace like ceasing to wage war. Now would be an ideal time to give that a try.

Our senseless wars in Afghanistan, Pakistan, Iraq, and Libya must be ended. Keeping bin Laden alive and threatening, assisted in keeping the war machine churning its bloody way through cities and flesh for years. No wonder President Bush was, as he said, not interested in tracking bin Laden down.

Ending the wars was our moral duty last week exactly as this week. But if the symbolism to be found in the removal of a key propaganda piece can be combined with the recent overwhelming U.S. support for ending the wars, to actually end the wars, then I’ll be ready — with clean hands and with no nasty gleam of revenge in my eye — to pop open the champagne.

But let’s return to the morality of cheering for the killing of a human being. A decade ago that would not have seemed as natural to a U.S. airline pilot. The automatic assumption would not have been that there could be no dissenters to that celebration. A decade ago torture was considered irredeemably evil. A decade ago we believed people should have fair trials before they are declared guilty or killed. A decade ago, if a president had announced his new power to assassinate Americans, at least a few people would have asked where in the world he got the power to assassinate non-Americans.

Is it too late to go back 10 years in time in some particular ways? As we put bin Laden behind us, can we put the degredation of our civil liberties and our representative government, and our honesty, accountability, and the rule of law behind us too? Can we recover the basic moral deceny that we used to at the very least pretend and aspire to?

Not while we’re dancing in the street to celebrate death.

Imagine the propaganda that the U.S. media could make of video footage of a foreign country where the primitive brutes are dancing in the streets to celebrate the murder of a tribal enemy. That is the propaganda we’ve just handed those who will view bin Laden as a martyr. When their revenge comes, we will know exactly what we are supposed to do: exact more revenge in turn to keep the cycle going.

An eye for an eye makes the whole world blind, but the blind people think that they still see. The world looks to them like a Hollywood adventure movie. In those stories, killing somone generally causes a happy ending. That misconception is responsible for piles and piles of corpses to which more will now be added.

David Swanson is a writer in Charlottesville, Va.

The Illogic of Lesser Evilism: the Obama Example

Our senseless wars in Afghanistan, Pakistan, Iraq, and Libya must be ended. Keeping bin Laden alive and threatening, assisted in keeping the war machine churning its bloody way through cities and flesh for years. No wonder President Bush was, as he said, not interested in tracking bin Laden down. That for me, is the whole warmongering thing in a friggin nutshell.

So how is Obama going sell it all now? No, I didn’t watch his 60 min visitation last night. ;)