Home ANNOTATED NEWS Anti-Semitism, Manifest Destiny and When the Indigenous Becomes the Interloper

Anti-Semitism, Manifest Destiny and When the Indigenous Becomes the Interloper

By AL OSORIO
All manner of injustice and violence is hidden in the fog of time and adulterated history. 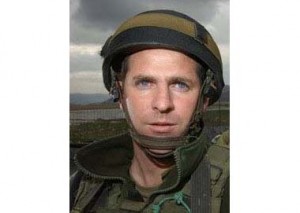 A gift from God

Following centuries of Diaspora,  the Jewish people returned to their ancestral homeland . Eretz Israel, the land of Israel, the Promised Land. Promised to them by God, fulfilling prophecy from the Old Testament. Following centuries of religious persecution, the Christian people sought and found their own promised land, sailing across the sea to establish a colony in what is now Massachusetts.

They knocked, but no one answered the door 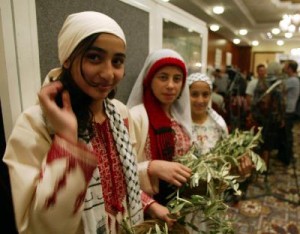 The natives already knew they were there
–
Natives already inhabiting the Promised Land viewed their cities, businesses and crops, their churches, mosques and synagogues as evidence of civilization. Some felt their desert already bloomed. Upwards of 120 million Indians populated north America, with nomadic tribes, small villages of hundreds and large cities with hundreds of thousands sharing the continent. All 120 million were aware of their existence and had no need of being discovered.
–

Some claim the natives and the colonists are indistinguishable Supporters of Israel contend European Jews originated from the Holy Land. Bill Maher says both Arabs and European Jews are ‘Children of the desert‘. Bill might point to the above pictures of the Israeli soldier and the Palestinian young woman as proof – other than headgear the two could be brother and sister. Well, headgear and skin color. Maybe facial features too. Yeah, and hair and eye color. But other than those things, they could be brother and sister. Others might say the two are easy to tell apart, as one might compare the facial features and color of the young Indian-Mexican mixed blood on the left and the European-American below and discern the obvious ethnic difference.
–

Palestinians have been denied the right of return to their land, although those of the Jewish religion are allowed to immigrate to Israel at will. Both descendants of those Europeans who emigrated in the twentieth century as well as new European colonists insist the land is theirs. They see Palestinians as intruders. Indians migrated south tens of thousands of years ago, some staying in settlements along the way while others trekked onward. Now some Indians move north again, returning to the land where their fellow Uto-Aztecan linguistic group speakers settled fifty thousand years ago. They are branded foreigners, told to go back where they came from – even though that’s exactly what they’re doing. The Europeans now consider themselves indigenous – and they consider the indigenous to be foreign.  No one should be expected to do penance  for the sins of their forefathers. Descendants of slave owners do not bear personal guilt for the bondage of the enslaved. A child in Tokyo bears no responsibility for the crimes of Imperial Japan in Nanking. No Sunni living today victimized Hussein at Karbala. Neither do a people cease to have relevance or history should a more powerful people render them powerless. Hitler could not destroy European Jewry, Tamerlane could not destroy Persia. Tlacaelel could not rewrite the history of the Aztec, nor could Pol Pot change Cambodia’s past.
–
What I find most troubling about the occupation of Palestine is the attempt to create a mythology around what one could term a garden variety ethnic cleansing and conquest, as has happened since man first discovered the weapons he hunted with could also be used against his fellow man. Tribe conquers tribe, nation conquers nation. The loser is driven from their land, murdered, vilified. Made to look ridiculous. When enough time passes and no threat remains, the former enemy may be romanticized, granted a certain savage nobility. Were  Palestinians to cease their struggle some future Israeli film project would undoubtedly address the Nakba in ‘Belly Dances with Wolves‘. If the conquered nation is seen by its conqueror as having an intrinsic cultural value, the conqueror may assume the trappings of the subject nation. Witness the Golden Horde or the Yuan dynasty, both among the khanates following the death of Genghis Khan. Ah, but the invader claiming ancestral religious privilege in a land foreign to their race –
–
I don’t know if that gambit has been tried before. As Christians invaded the New World they claimed land for their religion, Muslim armies swept across Asia spreading  Islam. So if a convert to a religion returns to a land where that religion originated – does that convert’s presence override the rights of those native to that land? Or is it only when the converts have the numbers and weaponry to overcome those currently living in the territory that a foreign colonist may claim ancestral privilege by reason of religion? More succinctly, is ancestral religious privilege only for European Jews?  What if an Indian/Hispanic whose ancestors converted to Catholicism seizes an apartment in the Vatican – throwing its present occupant into the proverbial street – does ancestral religious privilege apply there? Should the Italian who lived there be forced to live in a tent and be denied the right of return?
–
I would caution anyone feeling concern for this hypothetical Italian tent dweller not to be too hasty – the real victim would be the Indian/Hispanic, who would now have to fear the Italian someday trying to return to his old apartment. The only way to allay his fear would be to fire rubber bullets into the tent, in hopes this would cause the Italian to either take his life or move to another country and stop terrorizing the new apartment dweller by his presence. Quo Vadis? Maybe a modern version of the Yuan Dynasty awaits Eretz Israel and Manifest Destiny. Kublai Khan conquered China, subjugating one fifth of the world’s land area. Confucian philosophy and Sinocentrism overcame Mongol conventions and customs. Perhaps demographics will absorb the European cultures. Waves of Indian and Mestizo economic refugees will continue north, Palestinian birth rates will continue to outstrip those of their  European overlords. Demographics are the friend of the submerged classes. We live in interesting times.
______________________
AL OSORIO is a senior contributing editor at The Greanville Post, and a member of the Roundtree7 writers’ collective, a fraternal site.
______________________________________________
Did you like this? Share it:
Filed Under:

Comments from the original thread 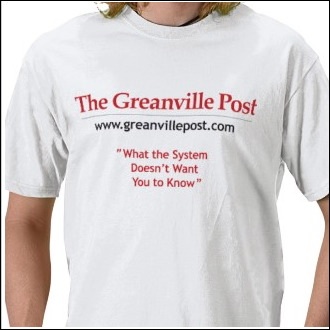 Now Biggest Donor in all of US Politics,...

The lies spread by the winners in all these brutal colonization wars are later maintained by their control of the historical narrative. In olden days that was not so easy since even the most powerful empire was impotent to control the consciousness of substantial numbers of people, but now, with superpowers like the US dominating the world, the lie has found a powerful backer. That’s why the left in America needs to understand that every myth that enslaves other people is also a myth we are responsible for. That’s one more reason to see that our fight is not only for our liberation but, in painful reality, for that of the world at large.