Home ANNOTATED NEWS Presidential Elections are NOT a Zero-Sum Game

Presidential Elections are NOT a Zero-Sum Game 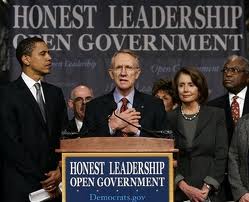 Democrats: A leadership completely in the pocket of the plutocracy, as their "foes", the Republicans, but with a different approach to fooling the masses.

A Zero-sum Game is a situation in which one side will have results of a gain or loss that exactly balances the gains or losses of the other side. Sounds more complicated that it really is.

Another example may be a chocolate cake that needs to be divided up into portions for a Scout Troop. One way that the events may unfold, I will call it the “That’s not fair” scenario is that the first person takes ALL the cake and runs away.

This means all of the other Scouts get nothing. It’s still a zero-sum game because any gain by one individual means a loss to someone else.

BUT… that is a short sighted zero-sum near sighted viewpoint.

Of course, the political parties would certainly like to keep the political thoughts along those lines, it’s a powerful force to maintain the continued party loyalty and gain the advantage in a presidential re-election bid.

But here’s a idea…. don’t think of each presidential election as starting the game with a clean slate. For example, the day after a presidential election when everyone comes out of the woodwork with their own opinion of why it went this or that way. Of course, political party specialists are way more sophisticated with their miles of data, statistics and analysis techniques of the election results.

They’ll break all the votes into demographics, geographical locations, even smaller sub-groups of a demographic group. Political think tanks that will pour over the problem for months at a time. Very detailed reports will be created. The reason they do this is for the power of information. They want to learn every nuance of why they lost or won. They want to know the hot issues for these groups and sub groups and sub.. sub.. groups, so they can have a better understanding of how to get their candidate in the next time.

So what happens when a party loses? They change slightly to make it more probable to win the next time. If they lose again, they will make even more dramatic adjustments to better their odds of winning. If a party is not winning, believe me when I say that even more dramatic changes will occur to better the odds of winning next time. They will change for survival. That’s politics and it’s NEVER a clean slate.

When you are voting for what you actually believe in, you must think beyond the short term zero-sum game, beyond the current election. It’s NOT a clean slate each time… more like a constantly evolving chameleon. You are voting for the evolution of the party, to shape the party by pressure to become the party of the majority idea by using your vote, cast with your beliefs, to create a ever so slight pressure to change that party. The more people that do the same, the more pressure.

When you vote just to maintain the party in power, the evolving of the party doesn’t stop. No, it’s just evolving into a party that doesn’t have to pay attention to ideology and opinions of the majority anymore.

Think about it.. casting your vote because of what you believe in. Not because the other political side is “crazy” or blind party loyalty for decisions that would be completely objected to….. if the other party were the ones doing it.

So which mode do you think is better for the long term future of the political process?

A mode that if a party candidate doesn’t get elected because a particular group expressed their different opinions by vote, we must bring the wrath of the zero-sum game upon them… blame, guilt, and calling them traitors to get them in line with the party march.

Sure.. one may say that the party is so far from what it needs to be that it will take a long while to effect change. But change will never occur if the first step is not taken. Wall Street investors are always saying that financial investment requires not the panic of day to day swings….. but a long term view to create that successful portfolio.

Isn’t that something that could be applied to the political parties and the process in general. Don’t look at the short term gains and losses, the zero-sum game.

Look to that long term vision and goals for success in your investment, your country.

osori says:
July 28, 2011 at 7:17 pm
Excellent rebuttal to those who put party loyalty above policy. Prime example would be Wisconsin – the Democratic party did not deliver to its base, it lost voters and lost seats. Rather than chastise the party for failing its base and resolving to force change, partisans instead blamed the base for not accepting the party’s betrayal and continuing to vote Democratic.

The lesson taken from Wisconsin from party partisans is this – always vote Democratic, no matter what. If you don’t vote Democrat, the result will always be bad. The lesson taken by the party leadership is this – never do anything for your base, because the partisans will vote Democrat regardless – what’s more they will serve as junkyard dog for the base, attacking them for not toeing the party line and voting for anyone with a (D) next to their name. This enables the party to take money from both big business and whatever the base can scrounge up. They can deliver Republican policy because their neutered and gutless partisans will fight for that Republican policy as if it actually benefited them.

Stieg Larsson and the Scandinavian Right

To the capitalist ruling class, communism will always...