Home ANNOTATED NEWS The ‘Worst of the Worst’? 9/11, Guantánamo and the failures of U.S. corporate media

The ‘Worst of the Worst’? 9/11, Guantánamo and the failures of U.S. corporate media 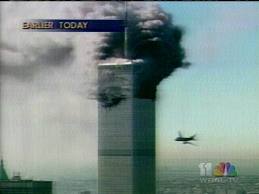 In the wake of the September 11 attacks, George W. Bush deliberately discarded domestic and international laws, creating an experimental facility at Guantánamo Bay, Cuba. There prisoners would be deprived of the protections of the Constitution and the Geneva Conventions, held without rights as “unlawful enemy combatants” in a world-wide program of extraordinary rendition, secret prisons and torture. Corporate media largely failed to hold the government responsible for this authoritarian response.
From the beginning, the corporate media generally belittled those who raised concerns about the abuses at Guantánamo. Chris Matthews on MSNBC’s Hardball (1/17/02) told a guest from Human Rights Watch who had criticized the open-air cages of Camp X-Ray: “Back when I was a kid, I used to go down there and sleep out in places like the Virgin Islands overnight, and I loved it. I slept in tents. I thought it was great. And you’re making it sound like harsh conditions.”

FAIR noted early on (Extra!, 3–4/02) how little criticism U.S. media allowed of the Bush administration’s “enemy combatants” designation, contrasting that with international media’s coverage of critics like the UN’s Mary Robinson and the Red Cross’s Darcy Christen (e.g.,Deutsche Presse- Agentur, 1/16/02; CBC-TV, 1/16/02). For the Washington Post editorial page (1/25/02), however, such detractors were just “America-bashers in the European press and human rights community.”

In the spring of 2002, Newsweek’s Roy Gutman (7/8/02), curious about who was being held at Guantánamo, investigated the stories of 12 imprisoned Kuwaitis whose families had hired U.S. lawyers. He established that many were aid workers, not combatants, and found that they, like other innocent men, had ended up at Guantánamo because the Bush administration had refused to hold Article 5 hearings—proceedings to separate combatants from civilians seized by mistake, mandated by the Geneva Conventions and previously used by the U.S. since the aftermath of World War II.

Despite Gutman’s discoveries, the media largely failed to follow up on the serious doubts he raised about the Bush administration’s claims that Guantánamo held “the worst of the worst.” The next year, the New York Times (4/24/03) published a detailed investigation, confirming that Guantánamo was an intelligence-gathering center, but failed to question whether this was legitimate under the laws of war. The article included damning admissions from intelligence officials that “only a small number” of the prisoners were members of Al-Qaeda, and the rest had “either been determined to be nobodies, rounded up in the chaotic aftermath of the war, or presumed to be nobodies whose state has not yet been determined”—but this news got little pickup elsewhere.

In April 2004, when photos of torture and abuse at Iraq’s Abu Ghraib prison were broadcast on network television (60 Minutes II, 4/27/04), indignation finally spread across the U.S. Mainstream criticism of the Bush administration’s policies grew noticeably more robust, raising questions about links between Guantánamo and the prisons in Afghanistan and Iraq. The CIA’s secret prison program began to be exposed (Extra! Update, 12/05), and Bush came under pressure—internationally, in the Supreme Court and in the media—to roll back elements of the “War on Terror.”

Even so, when further opportunities were presented for the corporate media to examine the government’s “worst of the worst” claims, they were, again, not generally followed up.

In 2005, a lawsuit revealed the Pentagon’s allegations against 517 Guantánamo prisoners, but the only organization that devoted time to analyzing these documents was New Jersey’s Seton Hall Law School (2/8/06). A team of researchers there found that, according to the government’s own evidence, 55 percent were not determined to have committed any hostile acts against the U.S. or its allies, and only 8 percent were alleged to have had any kind of affiliation with Al-Qaeda.

Between March and May 2006, the Associated Press secured 8,000 pages of documents relating to the prisoners as part of another lawsuit against the Pentagon. These documents included, for the first time, the names and nationalities of all the prisoners, and, crucially, the government’s supposed evidence, as well as transcripts of the tribunals and review boards.

U.S. corporate media had the opportunity to analyze these critical documents in detail, but the only major analysis resulted from my own work as a freelance investigative journalist. In my 2007 bookThe Guantánamo Files, I revealed that few of the prisoners were “captured on the battlefield,” as the administration alleged, and I told their stories—through their own words, where possible.

When President Barack Obama took office, he promised to close Guantánamo in an executive order issued on his second day in office. At first, there was noticeable media support for the goal (MSNBC referred to Guantánamo as a “much-maligned” facility, for example—1/22/09), but by April 2009 the tide had turned. The Obama administration had planned to allow two prisoners from China’s Uighur minority to resettle in the U.S. upon their release, because they faced a risk of torture in their homeland. When word of this became public, Republicans in Congress fought back—with the help of right-wing media stories like “Freed From Gitmo—to Murder” (New York Post, 1/28/09). More centrist media covered the story (e.g., L.A. Times,4/24/09; Time, 11/19/09), but failed to support the government’s plans editorially.

Obama dropped the resettlement plan. Lawmakers, encouraged by their success, have since passed legislation preventing the president from holding federal court trials on the U.S. mainland or buying a prison in the U.S. that Guantánamo prisoners could be transferred to. Congress’s new conditions make it difficult if not impossible to release any of the remaining 171 prisoners.

Corporate media also failed to adequately challenge Pentagon claims that significant numbers of former prisoners have taken up arms against the U.S. The most damaging example was in 2009, when the New York Times (5/21/09) published a front-page story by Elisabeth Bumiller headlined “1 In 7 Detainees Rejoined Jihad, Pentagon Finds,” which uncritically publicized a Pentagon report.

After human rights groups and lawyers responded angrily to these unsubstantiated claims, theTimes (5/29/09) allowed the New America Foundation to write an op-ed criticizing Bumiller’s article, concluding that there were “12 former detainees who can be independently confirmed to have taken part in terrorist acts directed at American targets, and eight others suspected of such acts”—putting the “recidivism” rate at “about 4 percent of the 534 men who have been released.”

On June 5, 2009, the Times published an Editor’s Note apologizing for running Bumiller’s article without caveats, but by then the damage had been done.

Furthermore, the Pentagon has continued to make baseless announcements about the alleged recidivism of former Guantánamo prisoners, which have been lapped up by the corporate media. Most recently, in November 2010, the director of national intelligence published another unsubstantiated report claiming that 1 in 4 former prisoners were confirmed or suspected of “reengaging in terrorist or insurgent activities.” This was uncritically reported by Fox News(12/7/10) and reported without adequate questioning in the New York Times (12/7/10).

On the 10th anniversary of the 9/11 attacks, media bear a large responsibility for having allowed cynical lawmakers to portray Guantánamo as a prison holding “the worst of the worst,” despite so much evidence that Bush administration officials were lying when they first coined that phrase.

Andy Worthington (andyworthington.co.uk) is a freelance investigative journalist. He is the author of The Guantánamo Files (Pluto Press) and the co-director (with Polly Nash) of the documentary film Outside the Law: Stories from Guantánamo. He has worked for the UN andWikiLeaks, as well as for the human rights groups Amnesty International, Reprieve and Cageprisoners.

Attack on the towers: The doubts persist